More Daredevil Than Diva, Pink Shows Off Her Acrobatic Side at the Q

Even at his best, high-flying David Lee Roth, a guy whose exuberant leaps and splits made him one of rock ‘s best front men when he was with Van Halen, couldn’t compare with the kind of performance Pink put on last night at Quicken Loans Arena. Showing off her abs of steel and rock hard body, the muscular singer took a page out of Roth’s playbook at one point as she strutted across the multi-tiered stage in brightly colored high tops. But she took things to another level altogether as she performed the kind of acrobatic feats usually reserved for Cirque du Soleil productions. Even Madonna couldn’t compete with the elaborate stage show that Pink brought to town. This was an arena rock show that hearkened back to the arena rock's glory days.

“Raise Your Glass,” the opening number in the 100-minute show, set the tone for the performance. After a brief intro from a clown-like character who appeared throughout the show to keep the capacity crowd entertained during set and costume changes, Pink emerged hanging from a giant metallic ring. Flanked by burly male dancers, she somehow managed to sing the rousing pop tune while hanging upside down and performing the kind of stunts you’d expect from a trapeze artist. While she let her powerhouse backing singers handle most of the lead vocals duties while she was spinning and twirling in mid-air, she effectively channeled personal idol Janis Joplin on “Just Like a Pill.” And she capably handled a cover of the Chris Isaak tune “Wicked Game,” seductively dancing with the aforementioned burly male dancers. For “Sober,” she twirled in a gigantic sphere that hung above the stage, giving the moody song a truly epic feel and making it the set’s highlight as the production perfectly matched the song’s theme of reclaiming one’s self-confidence.

All the dancing and jumping around tended to distract from the songs themselves, but Pink reconnected with the music during a brief acoustic set that included “Who Knew” and “Fuckin’ Perfect.” The latter sounded rather clunky in a stripped down setting but Pink brought the band back on stage for the song’s second half and the group effectively turned it into the anthem that it is.

A medley of older tunes that included the snappy “You Make Me Sick” showed she hasn’t forgotten her R&B roots, and she concluded the 17-song set with the free-wheelin’ “Slut Like You” and the infectious “Blow Me (One Last Kiss”). For the encore, she strapped herself into a contraption that flung her into the rafters of Quicken Loans Arena and created a stunning display of her daredevil impulses as she sang “So What,” a song in which she proclaimed "I am a rock star/I got my rock moves." She sure does. David Lee Roth should be jealous. 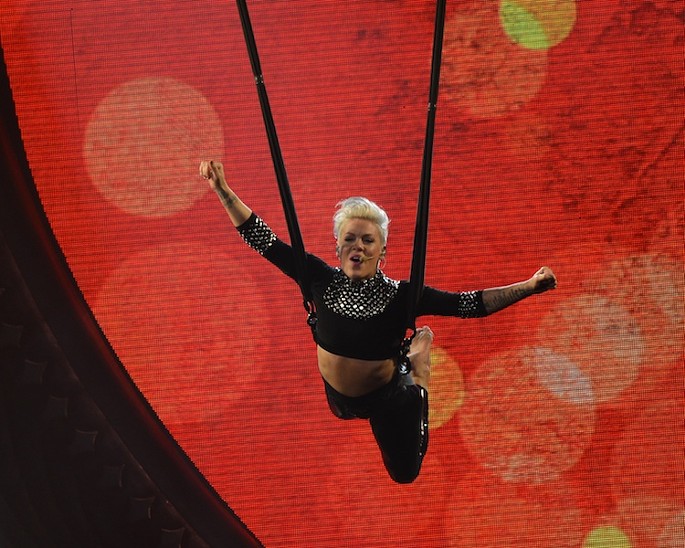 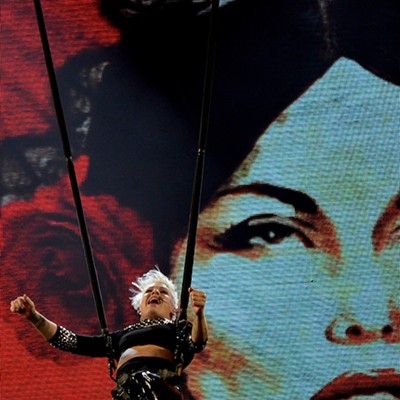 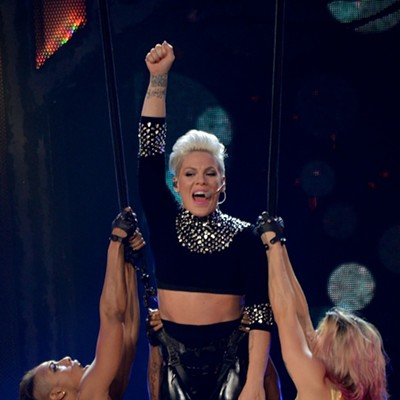 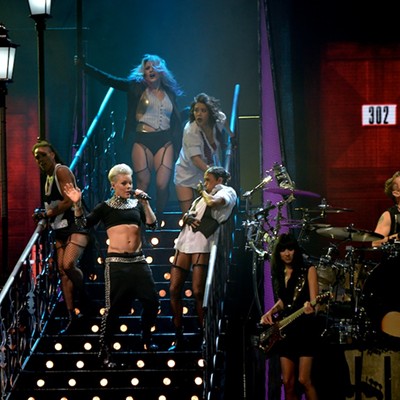 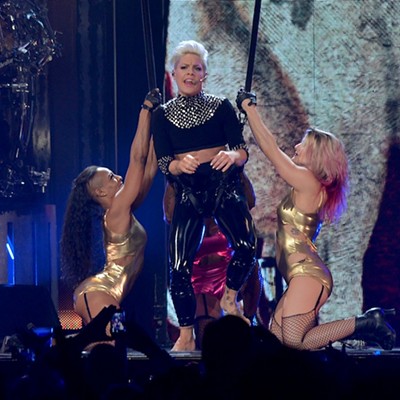 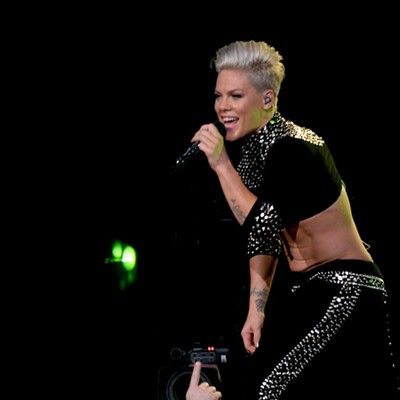