Action Bronson kept it short and sweet at House of Blues 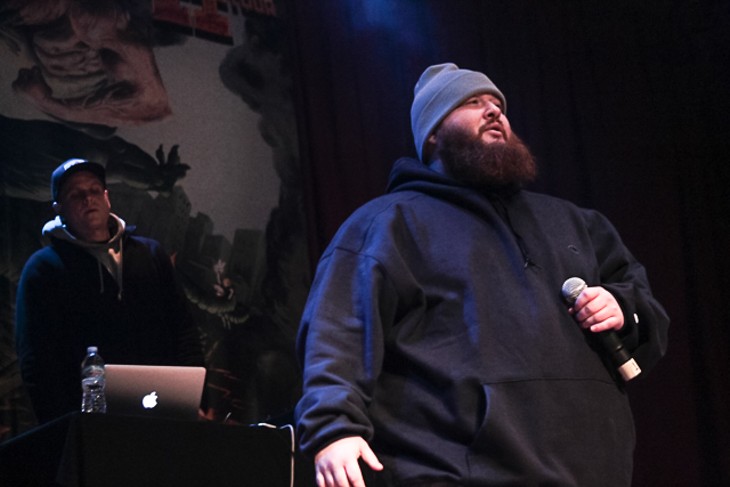 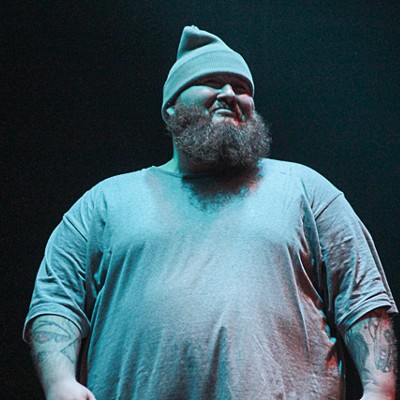 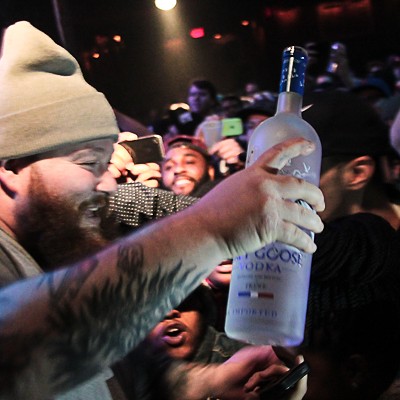 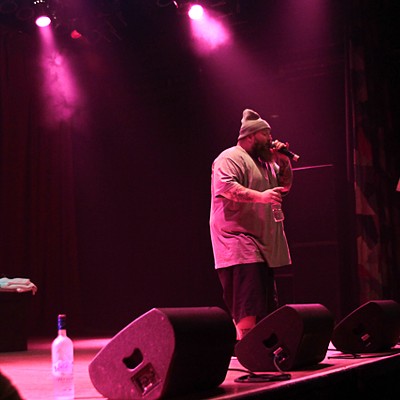 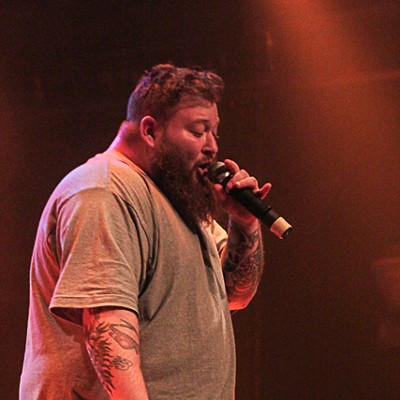 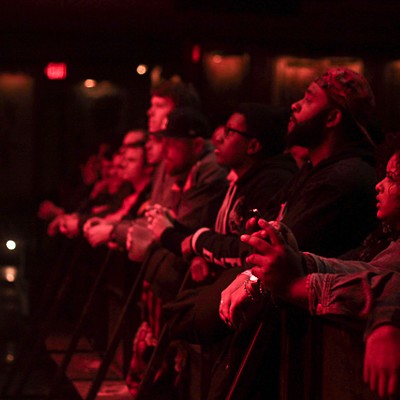 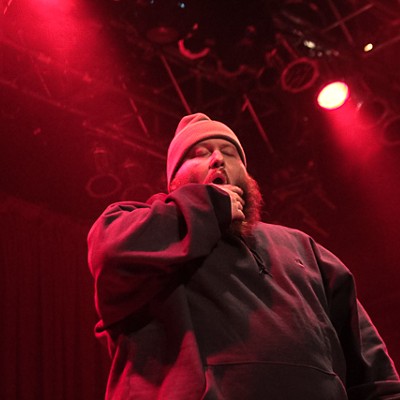 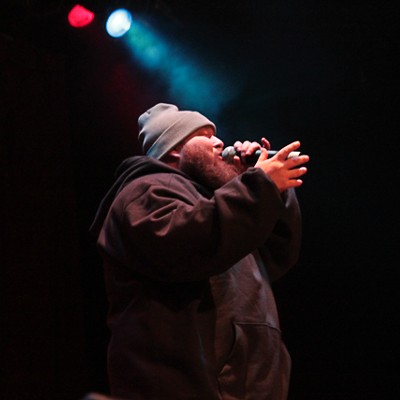 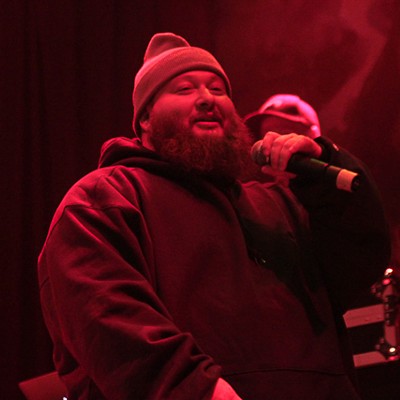 Action Bronson Performing at House of Blues
By Emanuel Wallace
Click to View 15 slides
Last night, the temperature in the city plunged into the single digits, but for a couple hours, the chill brought on by the latest Polar Vortex was an afterthought as Action Bronson and Party Supplies rocked House of Blues during the Cleveland stop of the Blue Chips 2 tour. The crowd filtered in slowly by the bunches but by the time the projection screen rose and the evening's opening act took to the stage, the floor was reaching capacity.

The ring entrance music of WWE legend Bret "The Hitman" Hart blared over the sound system as a voice greeted the audience with a "Check, check. What's up Cleveland?" That voice belonged to Justin Nealis, one half of Party Supplies. The duo warmed up the anxious crowd with a set of songs from the Tough Love album that was released over the summer. Sean Mahon, the other half of the duo, manned the keyboards while Justin strummed the guitar and occasionally manipulates the beat machine. Tunes like "Security," "New York" and "Dancing On The Sidelines" have a vibe that is chill and for lack of a better word — danceable, as evident by the young ladies showing off some of their best dance moves in front of the stage. The set closed with "Going Back To New York" and while the audience was appreciative, the anticipation for the show's headliner was building.
After the intermission, the lights dimmed and Billy Joel's "Movin' Out (Anthony's Song)" echoed throughout the building. Those in the audience who were familiar with the song felt compelled to sing along with it. The words "It's me" were uttered by Action Bronson as he began his set with "Silverado" from the Blue Chips 2 album. Continuing with the album's sequencing, Big Body Bes' "Intro" and "Pepe Lopez" followed after a chant of "Free Big Body" from the crowd.

In addition to songs from Blue Chips 2, Bronson also performed numbers from other albums like "The Rockers" from Saaab Stories, "The Symbol" from Rare Chandeliers and "Nana" — a song from Chance the Rapper's Acid Rap that features Action.

Bronson retreated behind the curtain for a moment after announcing he had to take a "piss break." Bon Jovi's "Wanted Dead or Alive" filled the time. Bronson reemerged with bottles of Hennessy and Grey Goose — much to the chagrin of the eager and already-riled up crowd. Security handed out cups to the few who were lucky enough to receive a shot or two poured out by Action — some decided to forgo the cup all together and just have the liquor poured right into their mouths.

When things settled back down, the set picked back up with more songs from Blue Chips 2, "Strictly For My Jeeps" from Saaab Stories and "9-24-11" from the original Blue Chips, along with its sequel "9-24-13." Justin from Party Supplies played guitar as Bronson closed out the show with "Amadu Diablo" — a Tracy Chapman-inspired number that finds Bam Bam pleading for a reason to stay. Following the song, Bronson exclaimed, "I love you," and exited stage left.

To some, the show seemed to end abruptly as many of the concertgoers remained right where they were in hopes that Action would come out and give an encore performance. For an artist that has a decently sized catalog of songs and a huge fan following as Bronson does, the show could have been just a bit longer. Although slightly streamlined, the set was still energetic and enjoyable. There was plenty of crowd interaction and the overall party vibe was strong. Fortunately, there were no incidents to report as everyone was on their best behavior. Here's to hoping that on the next go around, Action Bronson does it bigger and even better — and brings enough liquor for everybody.