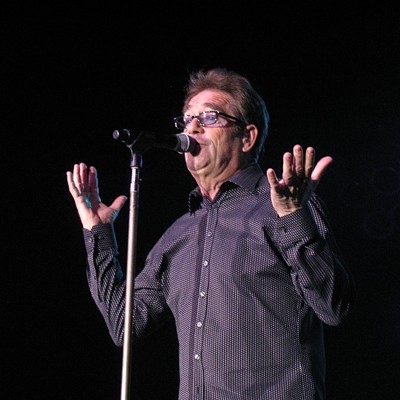 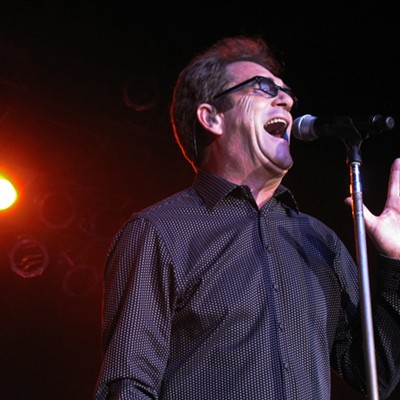 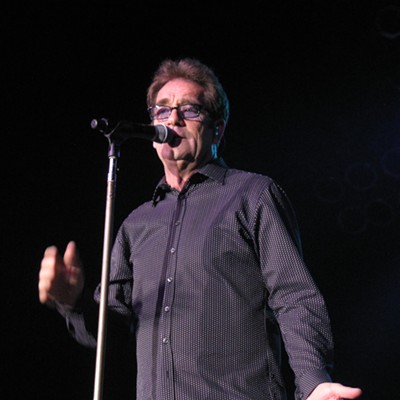 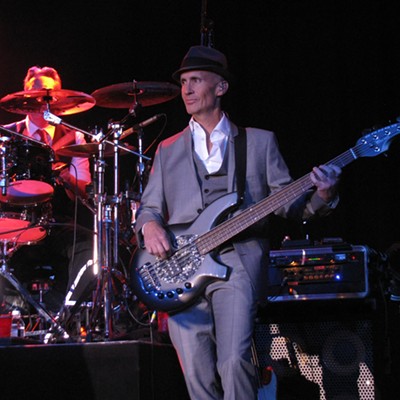 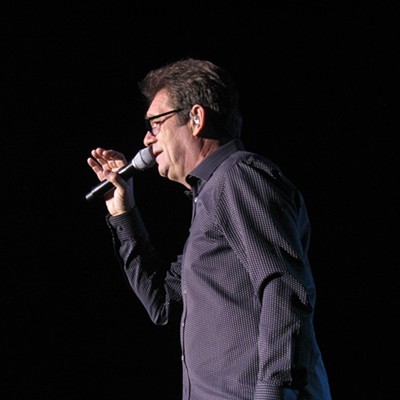 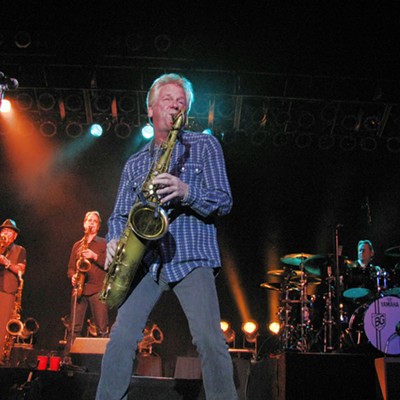 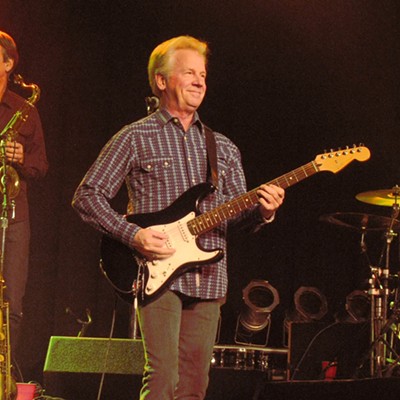 Make no mistake about it: Huey Lewis & the News still love Cleveland and judging by the reaction of last night’s sold-out crowd at Hard Rock Live, Cleveland still has plenty of love for Huey and his News. Midway through the 90-minute set, Lewis took an impromptu poll using the always reliable meter of audience applause and visible hands in the air to analyze some crowd metrics in real time. Certainly, there were a large number of people there who had seen Huey shows in the past. But the applause from people who had never seen Lewis was even louder, a moment which seemed to surprise the veteran vocalist. It was a smaller show of hands for attendees who could say that they were in the house for the band’s 1982 appearance at the Agora Ballroom.

Coming close on the heels of last year’s 30th anniversary Sports tour, which featured a full album performance of the classic set, it was anybody’s guess what Lewis and the band might play this time around. From the way the evening began, with the familiar pulsing heartbeat that led into the set opener of “The Heart of Rock & Roll,” it even seemed possible that Lewis might carry the full album Sports celebration over into the early part of the new year. But instead, the wheel moved nearly 20 years forward with the second cut of the night as the band shifted into the bashfully earnest “My Other Woman,” one of several songs featured from Plan B, the group’s sorely underrated 2001 album (which is their latest album of original material to date).

Sports was definitely a focal point however, both musically and conversationally from the stage. Taking note of the cold weather that night, Lewis quipped, “I know you’re in a good mood, because you’ve got a new coach, Mike Pettine! It shouldn’t be any trouble winning games from this point on.” Pausing for a moment to let the thin layer of sarcasm of his previous words sink in a bit, Lewis then delivered a final bit of commentary regarding the Cleveland Browns’ latest choice for head coach of the moment by saying “how’d you like that guy’s job?”

Next to Springsteen and his E Street Band or Petty and his Heartbreakers, Huey Lewis & the News served up ample proof throughout the night that they’re still one of the tightest performing units out there. 35 years of performing together have made Lewis and the News a well-oiled machine, ready in every circumstance, with no signs of rust — even in the midst of a show that was only one removed from a lengthy holiday break. Longevity helps — Lewis and drummer Bill Gibson go all the way back to 7th grade and his solid backbeat (“holding the whole thing together like a rock,” as Lewis put it during band intros) definitely provides an important foundation that Lewis and the News build off of.

They can play and man, they can sing too, in case you hadn’t heard — and you definitely heard all of that and then some. Gibson, longtime sax player/guitarist Johnny Colla, keyboardist Sean Hopper and the rest of the News provided the high harmonies that enveloped the ruggedly weathered vocals of Lewis (who sounded quite strong vocally, by the way) on songs like “Jacob’s Ladder,” from the 1986 Fore! album, one which was also rearranged a bit to allow for an extended harmonica intro from Lewis. Guitarist James Harrah opened things up even further mid-song with a jammy guitar solo which brought to mind a moment from our conversation with Lewis for this week’s paper where he shared his thoughts that he feels like the group would have been a jam band (ala Phish, Widespread Panic, etc.) if they had come out today.

The harmonies would get further spotlight time during the now-traditional a cappella breakdown that came at the midpoint of the set, with Lewis and crew stripping it back for two songs which paid proper homage to their love for the early days of rock and roll, doo-wop, soul and R&B with spirited versions of the Curtis Mayfield-penned “Um, Um, Um, Um, Um, Um” and Bobby Day’s “Little Bitty Pretty One.” Accompanied only by horns and light percussion, it was a good history lesson that offered a quick reminder of where it all began.

Considering that at one point during their heyday, Lewis & the News toured with the horn section from Tower of Power, it was a welcome addition when they brought horns back into the mix permanently in the early ‘90s. The three piece section of trumpet player Marvin McFadden, baritone sax player Johnnie Bamont and tenor sax player Rob Sudduth, combined with Colla’s signature sax work really add extra punch to the musical sound of the News.

With the horns in play, you’ve got an eight piece band onstage and with that kind of musical firepower, there aren’t many places you can’t go. That’s one good reason that Lewis himself has an Alfred E. Neuman-esque “What, me worry?” relaxed look when he’s onstage. The other reason of course, is the group’s vast catalog of hit records. 19 Top Ten singles gives you quite an arsenal of material to choose from and moving from Sports cuts like “The Heart of Rock & Roll” and “I Want A New Drug” to songs like the soundtrack smash “The Power of Love,” a slow jam version of “Do You Believe In Love” and “Workin’ For A Livin’” in the encores, there weren’t many of those singles that were left on the sidelines.

As nostalgic as things were, there was also a bit of room for some new material in the form of “While We’re Young,” a fresh addition to the catalog which the band plans to record in February. Surrounded by snazzy horn lines and a snapping drum beat from Gibson, Lewis laid out lyrics that kept the focus on good times, even in the midst of advancing age, singing, “While we’re young/ Let’s go out and have some fun,” later adding “We’re not as good as we once were/ But we’re as good as we never were.” Huey Lewis & The News are still “good,” without question. Damn good.