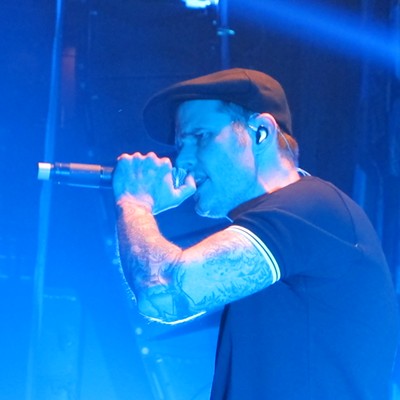 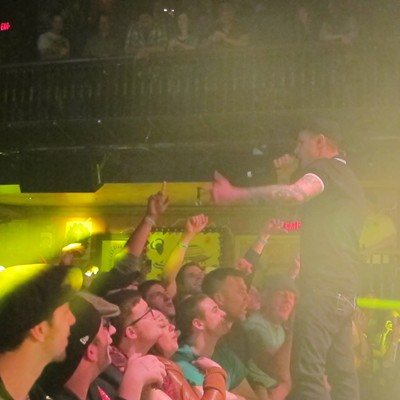 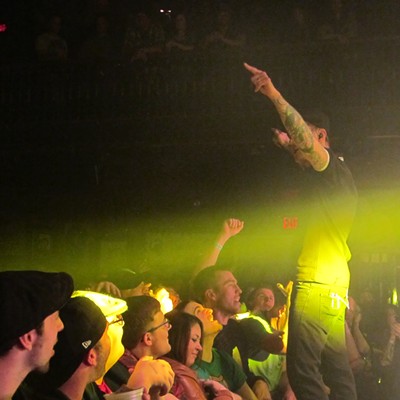 St. Patrick’s Day is still about a month away, but anyone who attended last night’s raucous Dropkick Murphys show at House of Blues probably feels properly prepped. In a rousing show in front of a sold out crowd, the punk band kicked off a month-long tour with a decisive bang.

Appropriately enough, the concert began with a bagpipe solo. The bagpipe player wasn’t just there for show either. He stayed on the stage for the entire set, adding an authentically Irish dimension to the proceedings and occasionally switching to flute. The group started by playing its 1998 debut Do or Die in its entirety. Effortlessly shifting from more traditional sounding ballads such as “Caught in a Jar” to ska tunes like “Road of the Righteous,” the band enthralled the rowdy crowd. It helped that singer Al Barr was a bundle of energy. The wiry, tattooed guy’s signature move involved standing in the pit in the front of the stage and extending the microphone out to the audience to let fans sing along to the songs. The gesture showed the extent to which the band connects to its audience. The guys even let a throng onto the stage during a mid-show medley that included covers of “Taking Care of Business” and “We’re an American Band.” They acknowledged their love for Cleveland on several occasions, giving a shout out to the long-time fans who “threw cue balls” at them when they used to play the now-shuttered Euclid Tavern and telling the audience that they thought Cleveland was the perfect place to launch their tour.

Admittedly, the concert had a few rough spots. Playing “Ramble and Roll” live for what they said was the very first time, the band stumbled a bit and the song fell flat. And bassist Ken Casey joked that they made a few mistakes on “Flannigan’s Ball” — we thought the song sounded pretty sharp. But the set-closing “Shipping Up to Boston” had Bad Religion-like intensity and sent the mosh pit into such a fervor, it’s doubtful anyone in the audience minded (or, given the amount of alcohol consumed, even remembered) the glitches.