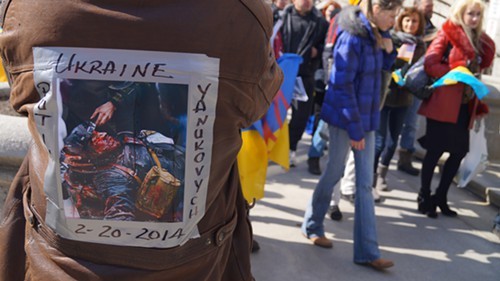 At noon, supporters of the anti-government protesters in Ukraine gathered at Cleveland City Hall to raise awareness about the bloodshed and to voice their support for "[their] brothers and sisters" abroad.

The rally coincides with a dramatic escalation in violence in Kiev. Yesterday, security forces fired at protesters and killed at least 70 people, via reports by the New York Times and others.

In Cleveland, ralliers gathered at the Ukrainian parish St. Vladimir and processed in cars to City Hall, sporting Ukrainian flags and ribbons in bright blue and yellow. The tenor of the chants was to end the violence — "Stop the Bloodshed!" — and to impose sanctions on the government, in bed with the Russian Regime. — "Wake up Obama! Sanctions Now!"

A priest gave the opening invocation, quoting a priest friend of his who, from Kiev, had likened the sentiments of protesters to that of Braveheart's William Wallace: "Give me liberty or give me death."

Photos below of the event. 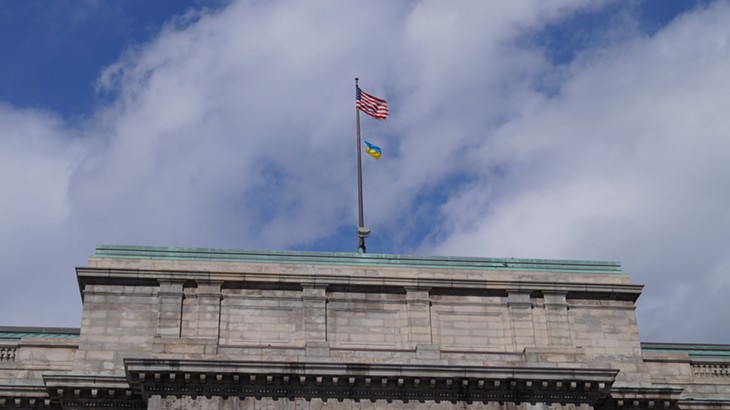