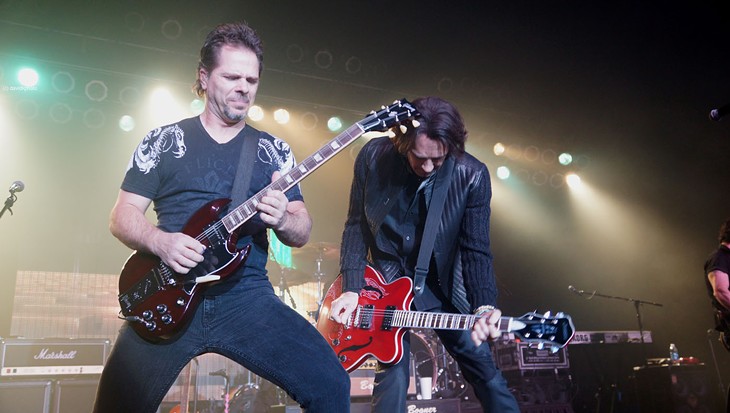 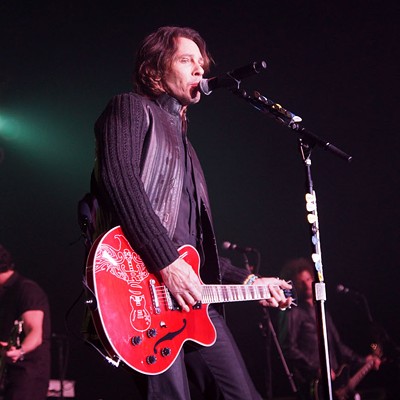 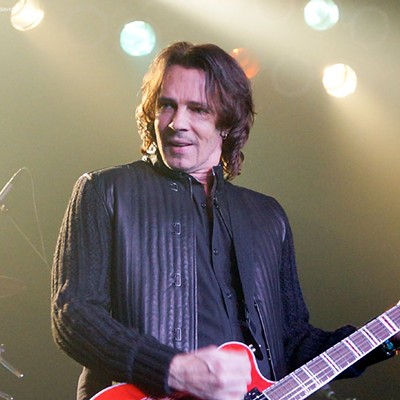 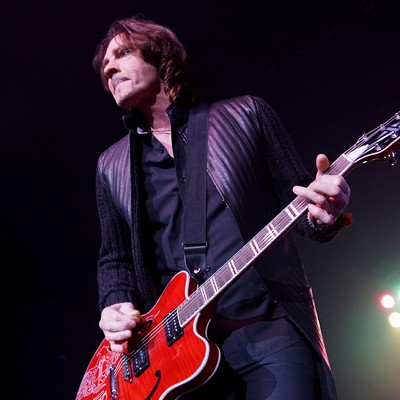 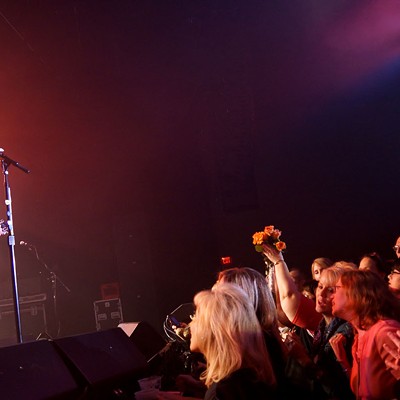 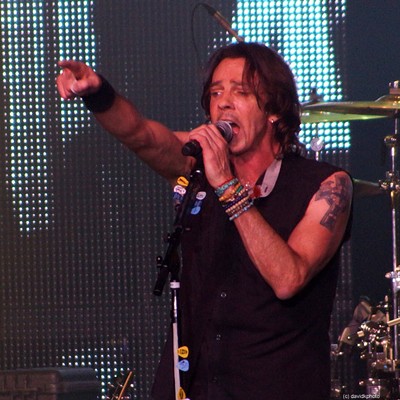 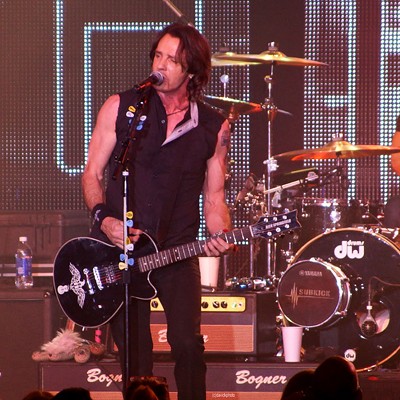 After being billed as a “soap opera star” last night during the on-stage introduction by a representative from the Hard Rock Rocksino, Rick Springfield did what he does best. He came out and rocked the house and then tore it down. In reality, the Rocksino was still standing and in one piece at the conclusion of Springfield’s 90-minute set last night, but the Australian-born singer/songwriter and actor delivered a performance which really emphasized the levels of talent that he has both as a songwriter and performer. Even though he’s well-known for his work on General Hospital as Dr. Noah Drake, Springfield always put a lot of time and attention into his music — and he still does. As a result, the guy who once thought that music might be a fallback to his envisioned work as an archaeologist has had quite a career.

He focused in on the heavier side of his catalog early, opening with the title track from his 1983 album Living in Oz, a signal that the set that night would feature a few deeper fan favorites in addition to the chart hits. Drummer Jorge Palacios would prove to be Springfield’s secret weapon, a hard hitting player who leaned into his kit for the attack in a way that was reminiscent of Jack White, the ‘80s-era drummer who manned the skins for Springfield in the ‘80s and early ‘90s.

Having seen a number of Springfield performances over the years, the indoor setting really amplified the volume of the female fans in the audience (and let’s be real here, it was probably 80 percent women and 20 percent guys….or perhaps even less on the male side). Although visually it seemed like there was a decent amount of soccer mom types in the audience enjoying what was likely a rare night out, the combined screams for Springfield nearly anytime he moved or did anything sounded an awful lot like a bunch of teenage girls in 1981 seeing Rick for the first time.

Certainly, Springfield made sure that the near-capacity crowd would enjoy plenty of time-warp opportunities throughout the night. A good amount of his famous hits were represented in one form or another, with his take on Sammy Hagar’s “I’ve Done Everything For You” (a track which Springfield made famous) coming early in the night, followed a few songs later by another fan favorite, “I Get Excited,” during which Springfield baited the females in the audience at a break in the music by saying “It takes me a little bit longer to recover and I can’t do it as many times, but I can go longer.”

Midway through the set, Springfield would share a large dosage of additional musical pop culture flashbacks, via a medley that began with “Bop Til Ya Drop” (from his 1984 movie Hard to Hold, which he later quipped was a 10 million dollar video for “Love Somebody”) and wrapped in six additional hits before moving into a full length run through “Love Is Alright Tonite,” a song which was originally the leadoff track on his 1981 breakthrough album Working Class Dog.

While the hits certainly made up a large part of the setlist for the evening, Springfield also put focus on material from his 2012 release Songs For The End Of The World, featuring a total of four tracks from the album, including the standout “Our Ship’s Sinking,” which Springfield says is “basically what my new book is about,” referring to Magnificent Vibration, his debut fiction novel which will be released on May 6.

There was also room for a few covers, including a spirited guitar-driven trip through what Springfield called “a new song for us,” Katy Perry’s “Roar,” which he summarized at its conclusion by saying “I like a good girl anthem as much as the next guy.” Springfield himself is certainly someone who has quite a bit of experience crafting songs that have become anthems for the multiple generations that make up his fanbase, so it’s safe to say that he might know a few things about what makes a good anthem. It’s also a song that fits surprisingly well into the Springfield playbook and it demonstrated that he’s still very much plugged into the present.

At 64 years of age, Springfield still delivers a high-energy performance that makes it hard to believe that he’s really sixty-four years into this life. Tom Petty famously said in “Mary Jane’s Last Dance,” that if “you never slow down, you never grow old.” The truth behind those words is highly visible, watching Springfield onstage as he continues to destroy bouquets of fan-supplied flowers and roses (during “Affair Of The Heart” alone, a total of five bouquets met their demise) with limitless amounts of energy, shredding them across the strings of his guitar in a windmill fashion that would make Pete Townshend proud.

Overall, Springfield’s set served as a reminder that his music goes far beyond just “Jessie’s Girl.” His catalog of work has been remarkably and consistently good over the years and the hits provided ample evidence to support that, while the newer songs proved that he’s still got plenty of creatively potent material left to share.