Now Hear This: Beck and St. Vincent Get Weird on Your Speakers 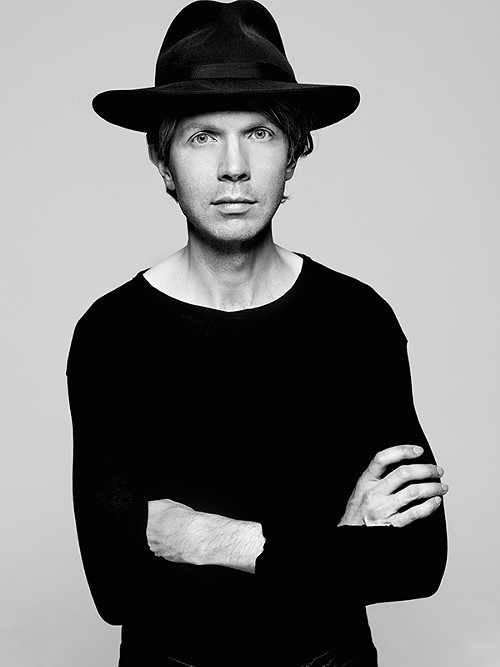 Titans of the sonically weird, each dropping excellent additions to their canon, come to us this week representing very different spots along whatever spectrum they’re riding. There’s the soothing, introspective brood of a 90s anti-folk icon; the frenetic dance stylings of David Byrne’s new best friend; the psychedelic side project of a jam band luminary; and the contemplative road trip saga of Athens, Ga., contemporaries.

Let’s listen in (stream embedded below).

Beck has come a long way since “Loser.” Dropping his first album since 2008, he immerses listeners in a world shaded subtly different than our own. The musician explains that he had been wrapped in a veil of rediscovery those past six years; Morning Phase is the achievement he’s been working toward.

What’s interesting about the album is how atmospheric the whole thing sounds. Very ambient stuff. And that’s nothing new for Beck, but what he’s doing here is underwriting most songs with gentle pop sensibilities and attention-grabbing melodies - magnets that pull the song down from the heavens if only to show up on your stereo for a moment. The effect is relaxing, honestly.

St. Vincent ended up taking a more aggressive approach in fleshing out her catalog. Her self-titled release is a rollicking party, dovetailing in more danceable patterns from her past works. It’s fair to say that however you’ve taken in St. Vincent albums in the past, your opinion won’t likely change with this one. Annie Clark has been a love-or-hate force from the beginning.

“Huey Newton,” for instance, builds toward a chorus-backed sludge anthem. Clark’s known for her shredding skills, and they’re on full display here and elsewhere on the album. Check out “Psychopath” for a bubbly beat that transforms into an ocean of sound with Clark’s terrific voice rounding out the at-times chaotic music.

Quieter corners of the music biz celebrated Mike Gordon’s new album this week. The bassist for Phish has been developing a phenomenal presence outside of his legacy band.

Early in the summer of 2013, Phish debuted Gordon’s “Yarmouth Road.” It was a catchy little ditty with traces of psychedelia. On Overstep, though, Gordon sends the song into strange territory, infecting the chorus with otherworldly wah. And that’s emblematic of how the rest of the album trucks along. It may be Gordon’s most ambitious album to date. As Phish themselves sail into another career peak this year (last fall was top-shelf stuff, duh), the inspiration and excitement are carrying over clearly into Gordon’s solo material.

Eschewing the tenets of radio-friendly Americana (you can’t throw a cat without hitting a band bedecked in flannel and mandolins these days), New Madrid opts more for the dust and grass of their hometown of Athens, Ga. Here’s a timely hint: Athens is one of those towns that, when mentioned in music writing or something, should light up the control panel of the reader’s mind. Athens means business.

The band’s latest, Sunswimmer, opens with the sprawling “All Around the Locust (Out on the Pavement),” which winds through Southern psychedelia and open-string, distortion-drenched riffs. It’s best played loud and in a truck bound for adventure somewhere south of our wintry hell.