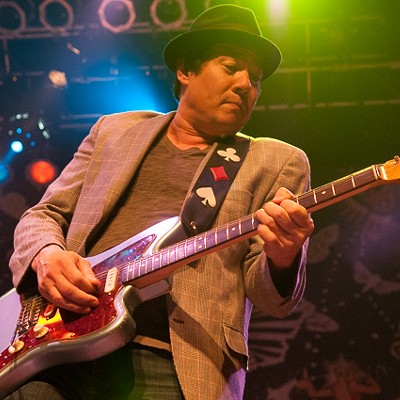 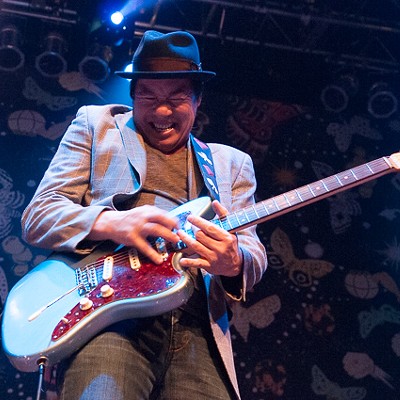 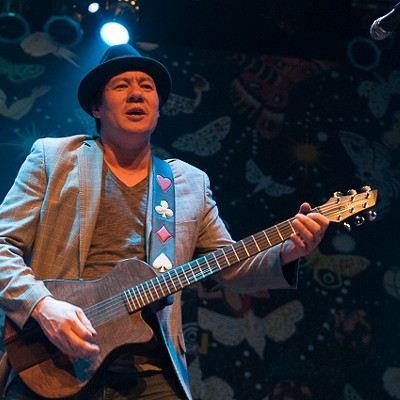 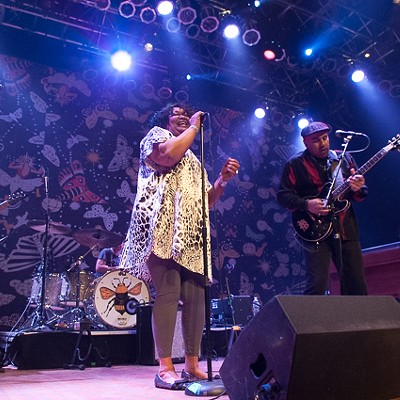 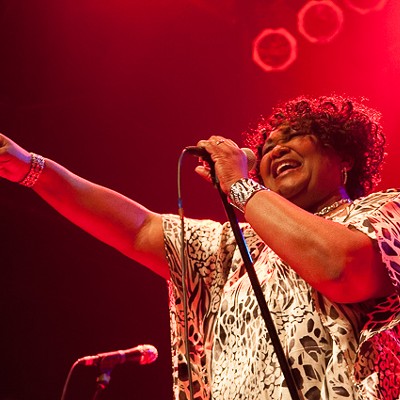 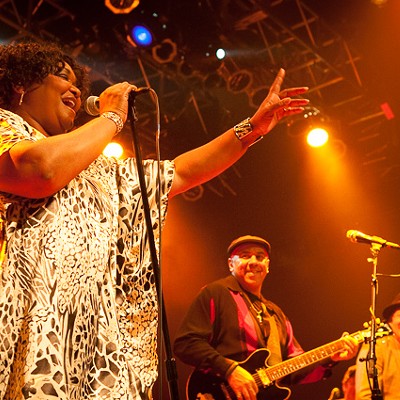 Big Head Todd and the Monsters called themselves Big Head Todd Blues Club for their 2011 album and during last night’s show at House of Blues, the band proved that it's developed that banner into a fully living, breathing and functioning concept.

It’s been nearly 21 years since frontman Todd Park Mohr and his Monsters played a memorable Cleveland gig at Peabody’s Down Under, one that was broadcast over the radio on WMMS, exposing their music to a wider audience. Those fans who discovered the band as many did, during the touring period for the Sister Sweetly album, have kept up with the group in the two decades since then and it’s been a varied time that has seen the band explore quite a few different avenues musically.

The House of Blues performance found Mohr and crew taking the audience on quite the journey, one that would span two sets and nearly two and a half hours of music spread across 28 songs. Certainly, Black Beehive, the band’s latest album which was released in early February, was on the evening’s agenda, with seven of the 11 tracks from the album finding their way into the set.

Mohr has described the new music as being “kind of like pop songs,” but he further termed them as “really like folk/roots songs” in his mind. No matter how you want to categorize them, the live setting gave the material room to further breathe and added extra layers of grit, something which can partly be attributed to the addition of Chicago blues guitarist Ronnie Baker Brooks to the Big Head Todd touring lineup.

Brooks came out to join the band early in the first set and he and Mohr would start out by trading riffs on the instrumental “Twine Time” and then he quickly reached into his own songbook for “Times Have Changed,” taking the first of several lead vocals on the night.

With Brooks adding second guitar, new tracks like “Everything About You” had a pleasantly ragged edge. Longtime touring vocalist Hazel Miller shared vocal lines with Brooks on a choice cover of Eric Clapton’s “Old Love.” There was no shortage of that collaborative spirit in the air throughout the night, with Mohr taking plenty of opportunities to step back and simply be a side player on rhythm guitar where appropriate, a big grin plastered across his face.

Of course, there were plenty of favorites from the Big Head Todd catalog, with the Sister Sweetly-era “Bittersweet” opening the first set while “Broken Hearted Savior” from that same album would launch the second set. There wasn’t a lot of conversation, aside from Mohr noting that it had been too long since they had been back in Cleveland — but there didn’t need to be. And they certainly more than made up for their prolonged absence with the songs that they chose, including a delightfully obscure step into the past for “The Moose Song,” from the Midnight Radio album.

Weaving Blind Lemon Jefferson’s “Black Snake Moan” together in the encore set with a bluesy rework on “Sexy And I Know It — yes, that “Sexy And I Know It,” the Colorado-bred group proved that nothing is out of reach. But what about that Big Head Todd Blues Club? There’s no question that they’ve built quite a joint with the addition of Brooks to the current touring lineup. It’s a potent combination and hopefully one that will stick together for years to come.