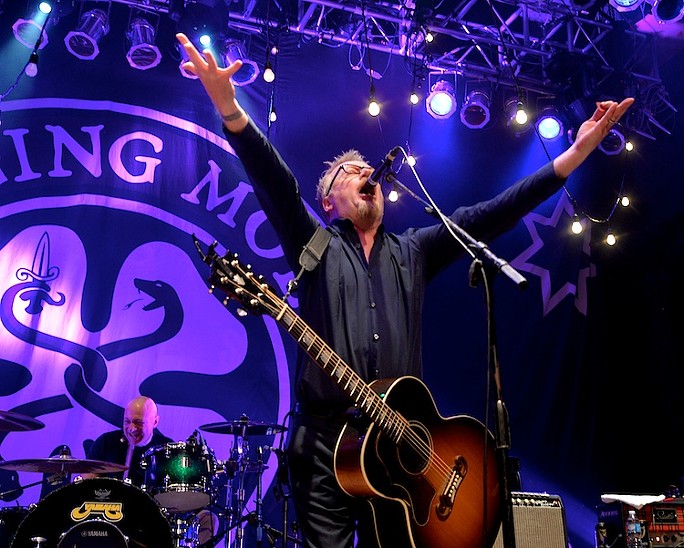 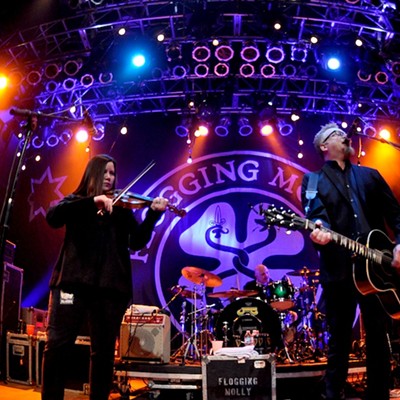 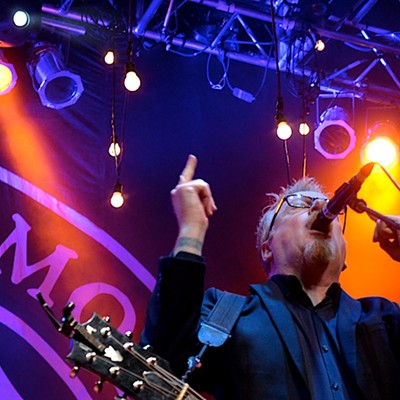 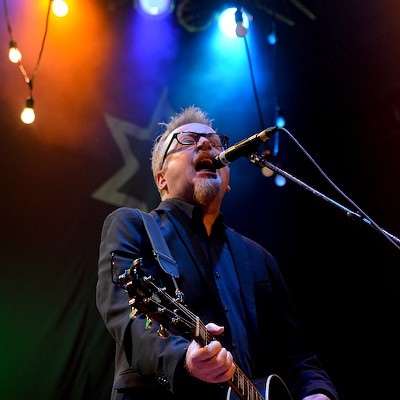 Dressed from head to toe in black, front man Dave King looked a bit like a preacher. And when he held his arms up high triumphantly during the opening number “Screaming at the Wailing Wall,” he appeared to be blessing the masses that had gathered for his sermon. Not that there was anything religious at the core of the band’s performance. On songs such as “Every Dog has Its Day,” a track that King dedicated to a friend from Dublin, and “Drunken Lullabies,” the group channeled Irish folk with some accordion and fiddle but then injected a good dose of punk rock energy into the tunes. “Revolution” had Social Distortion-like energy to it and so did the careening “Saints and Sinners.” The group unplugged for a short three-song segment in the middle of the set that provided a nice break from the fast and furious approach that the band took the rest of the time. Undeterred, a couple of audience members still crowd-surfed during the unplugged section of the set.

But after that brief breather, it was back on as the group turned “Devil’s Dance Floor” into a frenetic exorcism of sorts that was punctuated by a quick reference to AC/DC’s “Highway to Hell” at the song’s end. King dedicated “Rise Up” to the late, great Pete Seeger and then closed the set with the anthemic sing-a-long “What’s Left of the Flag.” Flogging Molly has kept the Green 17 tour alive for a decade now. While King has said it’s the final year for the tour, he appeared to have such a great time, it’s hard to imagine he won’t be back next year.

Openers the Drowning Men failed to capitalize on the fact that they were playing to a riled up crowd. The band’s mid-tempo music never took flight despite the fact the musicianship was quite solid. Maybe they shouldn’t have appointed the least dynamic band member to be their lead singer.