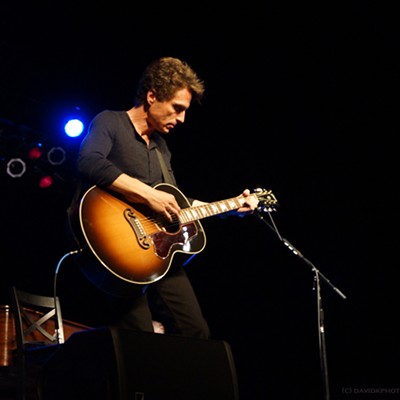 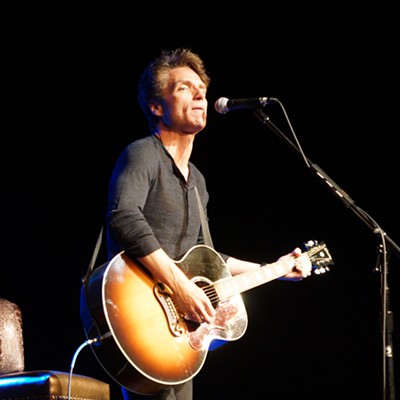 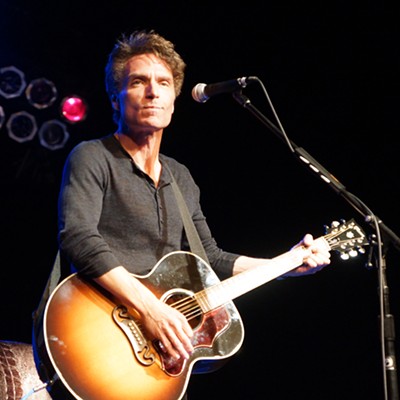 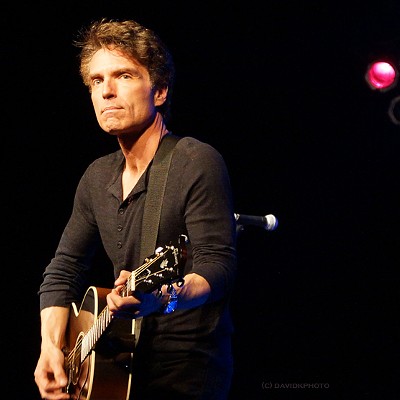 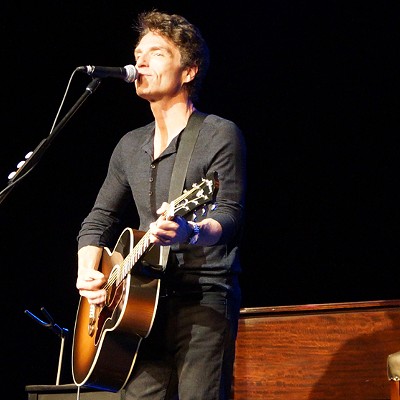 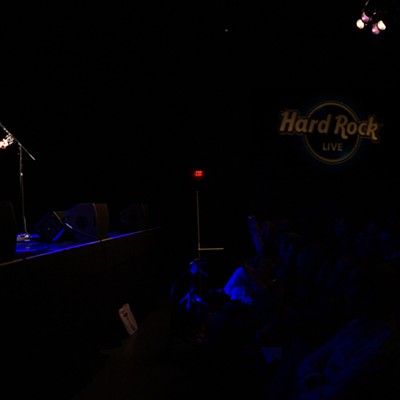 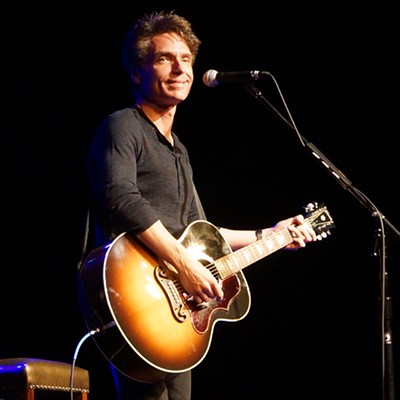 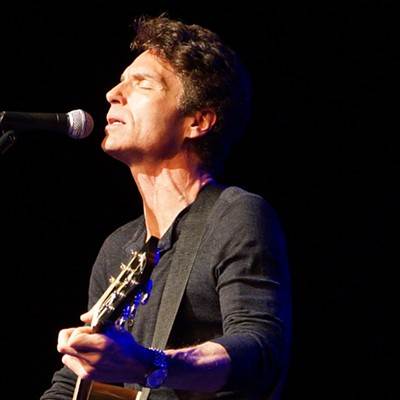 In an interview for this week’s Scene, singer-songwriter Richard Marx promised that his upcoming show at the Hard Rock Live would be “a good hang.” On Saturday night, he certainly delivered on that promise. With news breaking over the weekend that Marx was divorcing Cynthia Rhodes, his wife of 25 years (they separated last July), there was good reason to wonder what that evening’s show might bring. But Marx kept things light and focused on his impressive catalog of hits, surrounded by plenty of comedic and self-deprecating banter.

When it comes to the hits, he’s certainly got plenty of them — with no need to pad the setlist. Marx has racked up an impressive string of 14 No. 1 hits spread across multiple formats and four decades. Saturday night’s setlist brought a good sampling of those career highlights to the stage, with Marx moving between acoustic guitar and piano during his solo performance.

As promised, there were plenty of stories and there was probably just as much talking as there was music, but it was a good mix of the two. You might not have guessed that “Keep Coming Back,” a single from his 1991 album Rush Street was a song which grew out of the love that Marx had for R&B and soul when he was growing up. “Keep Coming Back,” as he explained, was his tribute to that. The darker story of “Hazard,” from that same album, is a song that has brought a nagging question along with it for Marx over the years since it first became a hit.

“I love that song about the girl that gets murdered — is that song autobiographical?” is a question that Marx often gets. As it happens, it was on a list of “The Five Questions I’d Be Happy If No Human Ever Asked Me Again,” which was posted to his website in 2011. In the past few years, he’s started to answer the question with a “Yes,” telling fans that “I’ve been in hiding on concert stages all around the world.”

Acoustic shows can be a mixed bag, especially on a weekend, where the volume of crowd chatter can threaten to overwhelm the sounds of music coming from the stage. But on Saturday evening, you could have heard a pin drop, even during the quietest moments of the set. That’s the sign of a good song. During a performance of “Hold On To The Nights,” originally a piano-based ballad (and his first No. 1 as a solo artist) which Marx had reworked to play on guitar for last night’s show, there was at least one woman sitting behind us who was reduced to tears. When her better half asked her what was wrong, she replied “Listen to the lyrics.”

And that’s a large key to the success that Marx has enjoyed as a songwriter — he writes words that resonate and stick with the audience that finds them. “Turn Off The Night” previewed his next album Beautiful Goodbye, which is set for release in June. Sitting at the piano, Marx explored the sleepless nights that come when dealing with the ghosts left behind by relationships past as he sang “Maybe somehow/ I’d be alright/ If I could just turn off the night.” Even without hearing the album version, it’s clear that Marx has already written his next gem, and it’s one that could potentially add another notch to his collection of chart hits.

The massive piano ballad “Right Here Waiting” put a wrap on the hour and forty-five minute set from Marx and by that time, it had been a very good hang indeed. Marx delivered on his promise that it wouldn’t be a sleepy acoustic show — in fact, it was one of the most energetic acoustic sets we’ve witnessed — he didn’t exactly smash any guitars at the end of the night, but it was far from being a sedated experience. With a new album just around the corner, hopefully there will be a return engagement soon.