Browns fans lined up at Valley View Cinemas earlier today well before the 7 p.m. showing of Draft Day, the new film featuring Kevin Costner as a general manager who’ll make just about any trade to rebuild the Cleveland Browns. Before the screening, several Browns players (none of whom were actually in the movie), screenwriters Rajiv Joseph and Scott Rothman, and star Josh Pence all walked down an “orange carpet” to take a few questions from a throng of reporters that gathered with outstretched tape recorders. The players also posed for photos with fans and signed autographs. They even had to wait in the concessions lines along with everyone else.

Slideshow 12 Photos from the Draft Day Premiere at Valley View 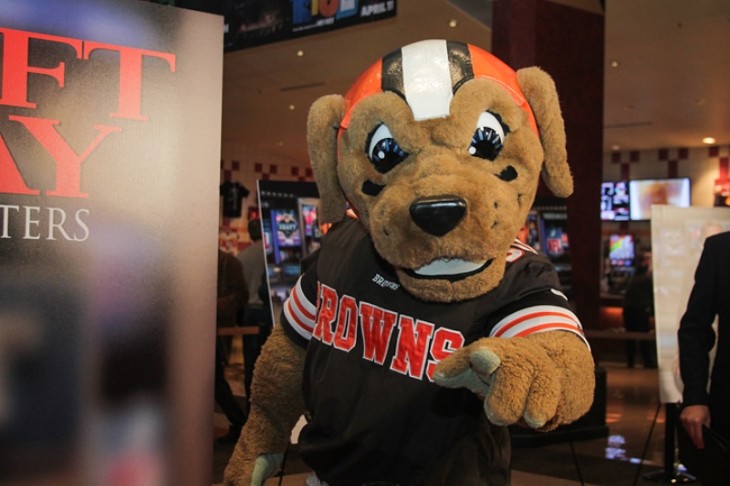 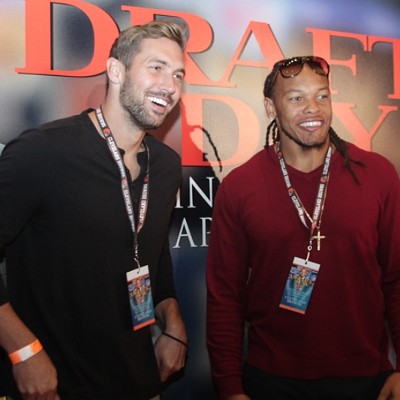 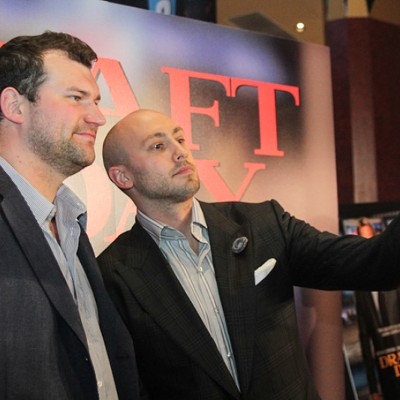 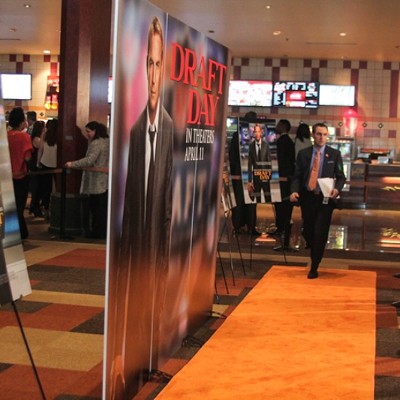 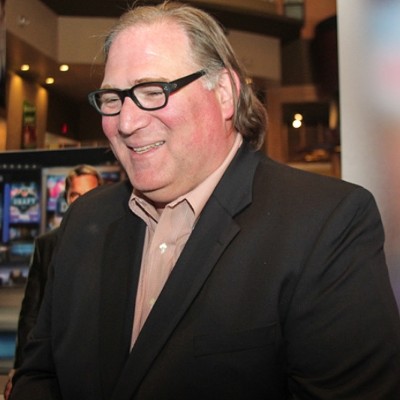 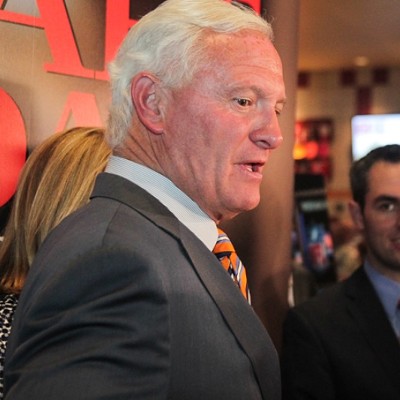 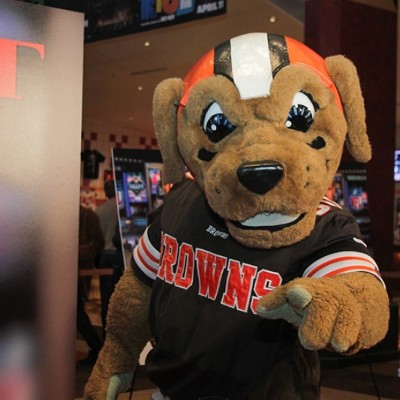 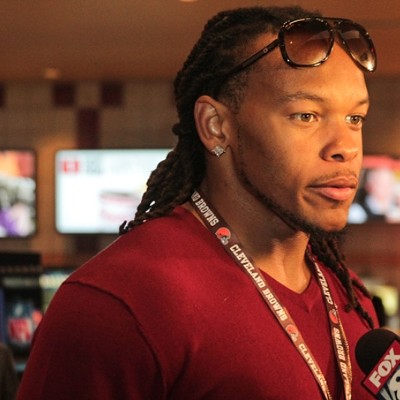 Since they weren’t actually in the film and hadn’t seen it yet, Browns players fielded questions about the upcoming draft (offensive tackle Joe Thomas, who looked sharp in a suit and well-worn tennis shoes, revealed, “To be honest, I don’t follow the draft all too closely — I wait and see who we pick and then get excited about it”) and the coaching changes (tight end Jordan Cameron said new offensive coordinator Kyle Shanahan is “an innovative guy and knows what he’s doing — it’s going to be a good year”). Predictably, quarterback Brian Hoyer, who said he thought Costner’s For Love of the Game was one of his favorite movies, was asked how he was recovering from surgery. “I’m ahead of schedule,” he said, adding that he’s been participating in light drills. “It’s been great to get back around the guys.” Questions such as “do you think this film can turn around the Cleveland Browns franchise?” bordered on the ridiculous, but the players took it all in stride.

Executive director of the Greater Cleveland Film Commission Ivan Schwarz, mayor Frank Jackson and screenwriters Rajiv Joseph and Scott Rothman also walked the carpet and answered questions about the movie’s significance. Joseph, a longtime Browns fan, said, “We’re excited about the direction the Browns are taking.” And Jackson stressed the film's economic impact. “It really sends the message that Cleveland is a place where you can do business,” he said, “and when you go there, it’s not that expensive. Plus, you have a great infrastructure to make it successful. It’s all about promoting that industry in Cleveland.”

Before the film screened, Schwarz, Jackson, Ohio Department of Development director David Goodman, Browns owner Jimmy Haslam, Joseph, Rothman and Pence all thanked the audience for attending the screening. Schwarz talked about the $300 million impact from having films such as Draft Day film in Northeast Ohio, and Haslam thanked the mayor for his help and support (“He does a great job in running the city,” he said. “He’s a first-rate and stand-up person to work with”).

While the film’s plotline is far removed from reality, the movie features plenty of nice shots of Cleveland (shooting during the summer months certainly helped) and makes Browns fans look pretty great as clips from game days capture their unparalleled enthusiasm. Joseph summed the film up best when he said, “As a Browns fan, it’s a tough sometimes. If you try to take those tough times, you want to make something good out of them. We tried to do that with this movie.”