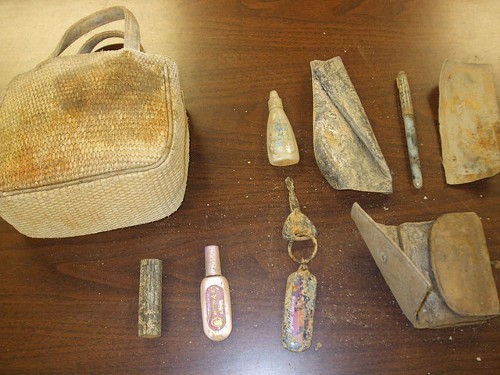 A North Royalton woman had an unexpected surprise this week when she was reunited with a purse that had been stolen from her 15 years ago.

Back in 1999, a purse snatcher broke into Robin Dever's car and took her handbag, only to later abandon it in a ditch, leaving its contents intact.

Buried under layers of goop for years, it became a mini time capsule until it was unearthed on April 2 by a local woman cleaning the area.

The bag's age was easy for the police to see, after noticing it contained a brick-like cell phone and a license issued in 1998.

Police got a hold of Dever and handed the bag off to her. Happy about the finding, she responded with a Facebook-official shout-out to the police— now that's something she couldn't have done 15 years ago.