Cher Thrills Capacity Crowd at the Q with Theatrical Concert

Cher is still the diva of all divas. And she knows it. Early in last night’s 100-minute concert at Quicken Loans Arena, she admitted that her live shows are so extravagant, it’s as if she’s saying, “follow this you bitches” to other female performers. At 67, she has earned the right to brag. While plenty of the songs she played last night were simply dance floor fodder, the concert had a theatrical dimension to it that never failed to impress (at one point a veritable circus arrived on stage to entertain the capacity crowd during one of many costume changes). 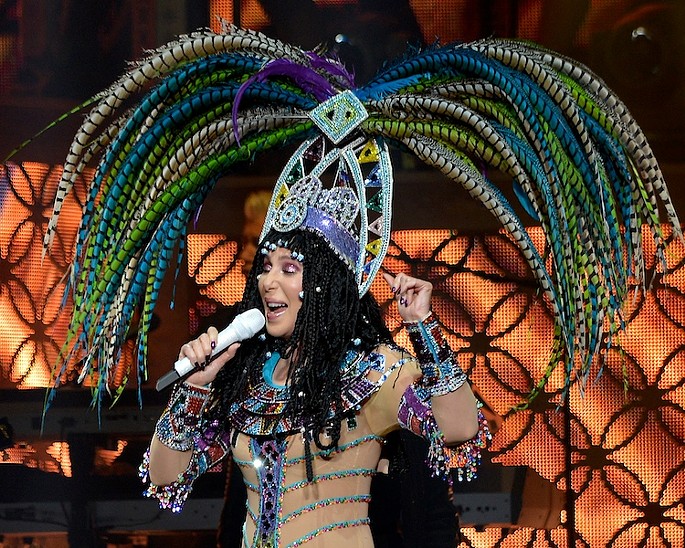 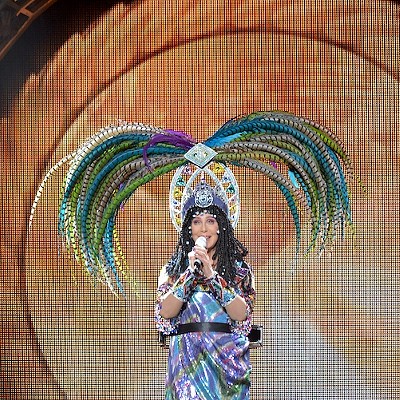 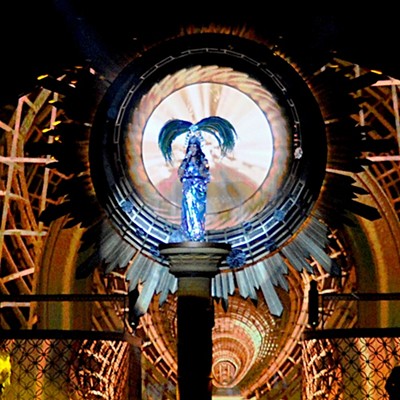 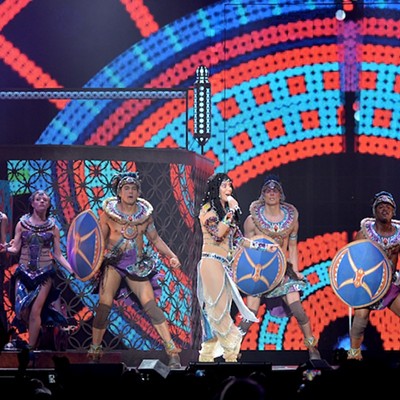 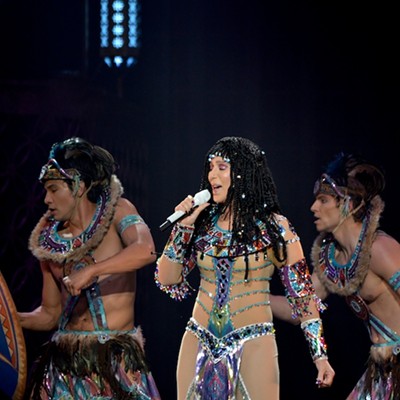 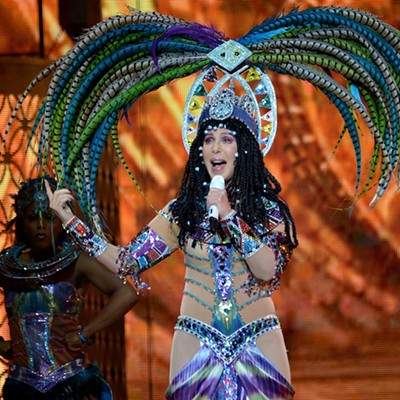 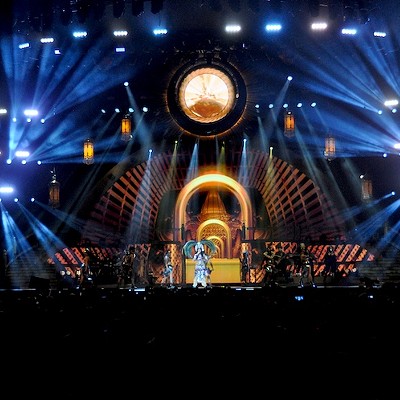 A diva always knows how to make an entrance and Cher certainly didn’t disappoint in that respect. The curtains surrounding the stage dropped to reveal Cher standing atop a giant pedestal. Dancers that looked like extras from a Lion King production accompanied her on stage as she belted out “Woman’s World,” a track from last year’s Closer to the Truth. “What’s my safety compared to your happiness,” she later joked about the opening number.

She capably revisited her past, delivering the campy “The Beat Goes On” while wearing a sparkling mini skirt and singing the Sonny & Cher classic “I Got You Babe” along to vintage video of the late Sonny singing his lines. She and her stellar band sounded out of sync on “Gypsies, Tramps & Thieves,” but they recovered nicely for “Welcome to Burlesque” and “Take it Like a Man,” both of which were accompanied by complex choreographed routines that looked like something out of a Cirque du Soleil production. She slipped into a slinky black see-through outfit (and rocked it!) for the set-closing anthems “I Found Someone” and “If I Could Turn Back Time,” songs that were well-suited to her deep voice. For the encore, her band led into “Believe” with a snazzy dubstep intro that found her dancers decked out in cool glow-in-dark outfits that made them look like they were enacting a scene from the sci-fi flick Tron as Cher arrived in blond wig and a silver sparkling outfit. And she nailed the vocals (thank you, Auto-Tune). The concert closing ballad “I Hope You Find It” didn’t exactly light up the dancefloor, but by that point Cher had already proved her point. At 67, she’s still the diva to beat.

Opener Cyndi Lauper properly warmed things up for Cher. Lauper delievered hit after hit, entertaining the audience with ‘80s pop numbers like “She Bop,” “Girls Just Wanna Have Fun” and “True Colors.” With her long, tangled bright red hair, she looked like a cross between Raggedy Ann and Medusa and displayed plenty of on-stage charisma during her hour-long set.