At one point toward the end of last night’s 100-minute performance at Jacobs Pavilion at Nautica, Primus frontman Les Claypool joked that everyone could go home at the end of the night and “carry on as if nothing happened here.” The self-deprecating humor is typical of the type of banter that Claypool enjoys (he also pointed out the patron who wore a banana suit and joked that it was a requirement in the band’s rider that at least one audience member in each city wear a banana suit to the show). But his remark also suggested the way the band’s live performances have become more ephemeral affairs. It used to be that you went to a Primus show and you couldn’t just carry on as if nothing happened. The band had that kind of impact. But last night’s gig was rather low-key. While the musicianship was solid, the energy just wasn’t there on a consistent basis. 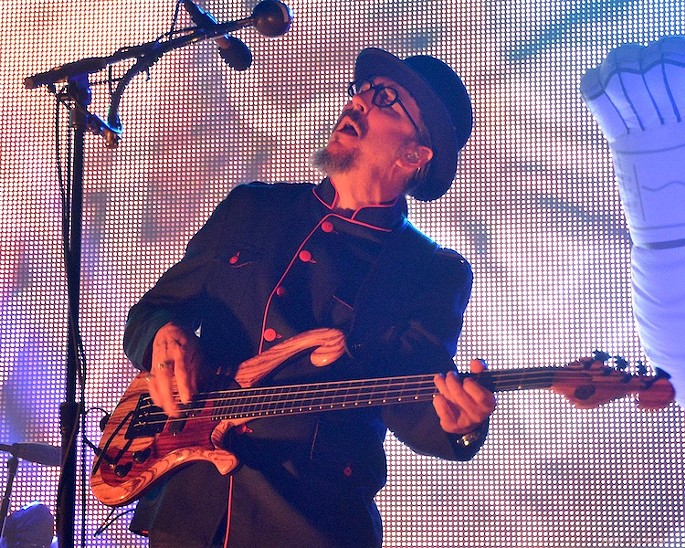 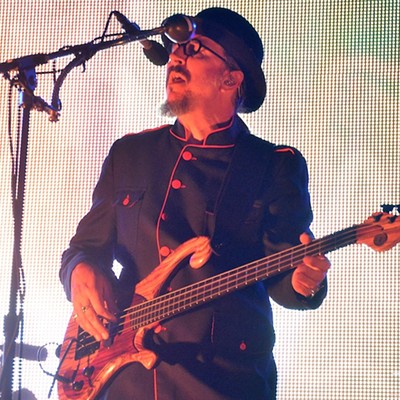 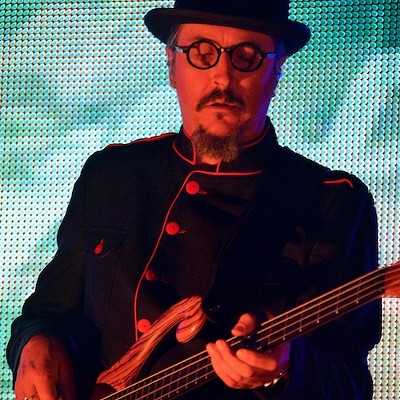 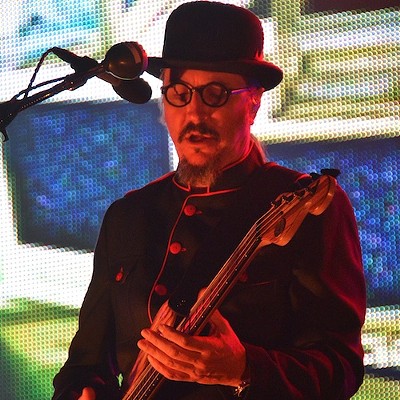 In the early days, Primus, which formed in 1984, played with punk rock energy and Claypool would often duck walk across the stage like he was Chuck Berry on cocaine. These days, he’s happy to put his leg up on a monitor speaker. And at the concert’s end, he tipped his top hat to the audience. That’s about as animated as he got during the 14-song set. The performance catered more to the band’s jam band following (something it’s nurtured ever since it reformed in 2003), but the show still had its moments. The band turned up the funk for “Wynona’s Big Brown Beaver,” which was supplanted with video clips of beavers swimming underwater. The snappy “Lee Van Cleef” was another highlight, and a guitar riff that sounded like something U2’s the Edge might have laid down distinguished the surreal “Jilly’s on Smack,” a song that unraveled a bit as band stretched it out. Tracks like “John the Fisherman” and “Southbound Pachyderm” had a hypnotic, dreamy quality to them, but they too lost their respective threads a bit as they became long-winded jams.

A theatrical band whose members dressed in costumes, Beats Antique opened with a 45-minute set that often droned on as the band’s Middle Eastern melodies tended to sound the same.