Cleveland's Brewnuts Named Among Best Donut Shops in the Country 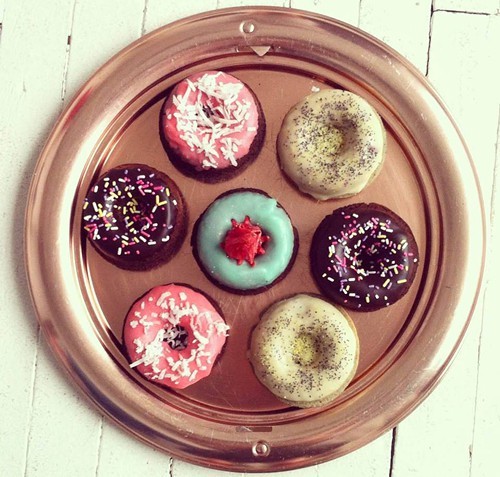 We've known for a while that Cleveland's only craft beer-based donut shop is something special and now, it seems, others are recognizing that too.

Yesterday, Brewnuts was named on USA Today's list of 10 best donut shops in the country, alongside other major donut players in L.A., Chicago, and Minneapolis.

"We just choked up. We were just named one of the ten best donut shops in the US by USA TODAY," Brewnuts founders Shelley Fasulko and John Pippin posted on the Brewnuts Facebook page earlier today. "We admire each and every single shop on this list. In fact, they scare us, we admire them that much. We. Can't. Even. Begin. To. Handle. This."

So what exactly did the folks over at USA Today have to say about the Tremont-based gem? All good things, of course:

The inevitable melding of beer and donuts has been taken to the next level at the newly opened Brewnuts. Craft beer is infused into seasonal creations like "The Symon" (a chocolate peanut butter donut, with Peanut Butter Coffee Porter, topped with a peanut butter beer sauce and pork rind dust), "The Bumbler" (a Honey Blueberry Ale donut with whole blueberries, topped with a lemon glaze, poppy seeds and sanding sugar) and "The Dub Choc" (an Oatmeal Stout donut with a combination of 70% and 85% cocoa chocolate ganache). Due to the all-consuming attention they give to their product, they usually only have about six flavors at any given time.

If you haven't yet tried one of these magical creations, now really is the time. (We recommend the Bernie.)