Guitarist Carlos Santana Still at the Top of His Game

Professional athletes often need time to warm up. While a team might stumble a bit in the first half of a game, it can often get it together in the second half. Sixty-six-year-old blues guitarist Carlos Santana, however, needed no time to turn it on last night at Jacobs Pavilion at Nautica. Right from the start of the nearly three-hour concert, Santana, who looked distinguished in his signature fedora and designer jeans, was hitting on all cylinders. Backed by a terrific band that included keyboards, percussion and horns, Santana showed that he’s still at the top of his game — songs from his terrific new album, Corazon, even sounded sharp next to classics from the ‘60s and ‘70s. 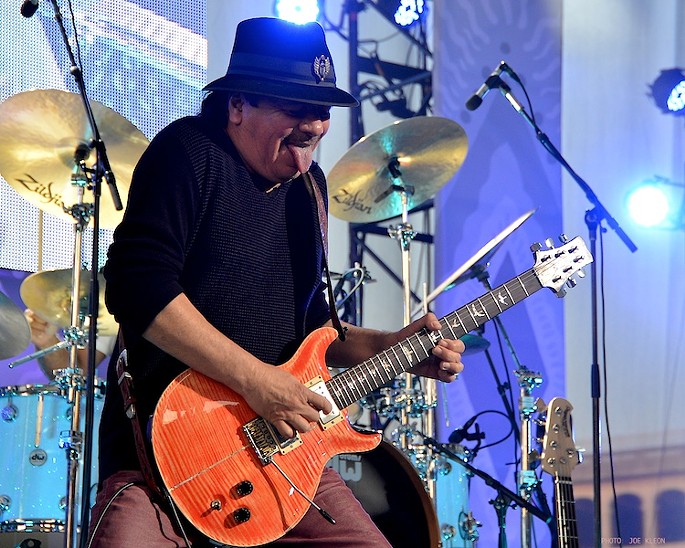 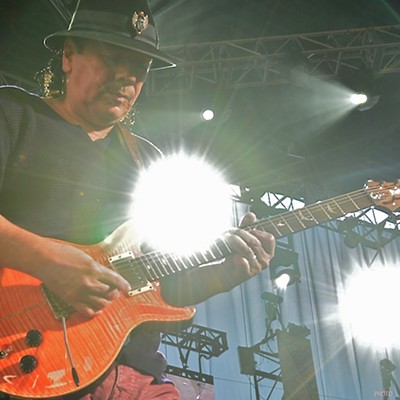 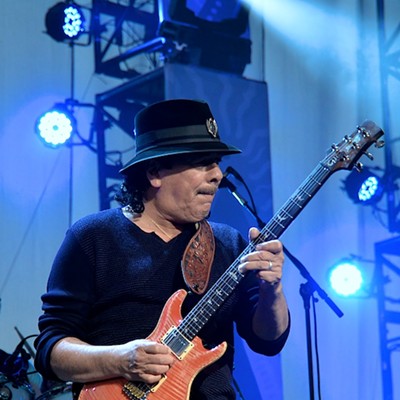 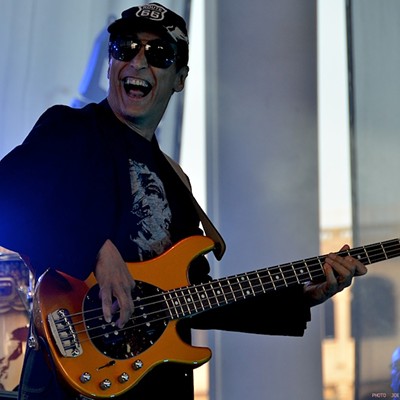 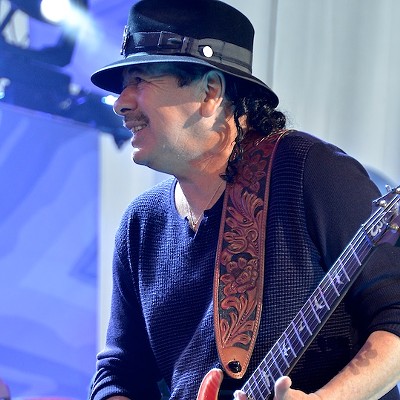 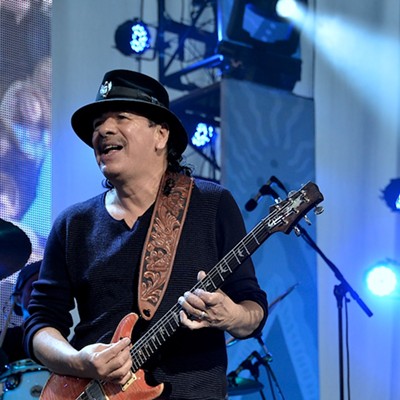 He opened with a vigorous jam that included a snippet of George Harrison’s “While My Guitar Gently Weeps” and then never let up. Early in the set, he delivered hits such as “Black Magic Woman” and “Oyo Como Va,” the latter of which was accompanied with vintage footage of Santana — who had much longer hair back then — performing in the ‘60s and ‘70s. The songs sounded as potent as ever as two singers shared lead vocal duties with the occasional contribution from Santana.

Currently on a co-headlining tour with Rod Stewart, Santana clearly relished the opportunity to play at the intimate Jacobs Pavilion. He spoke at length about the death of author Maya Angelou and quoted words of wisdom from Bob Marley. He also expressed his concerns about U.S. involvement in the Middle East and advocated for the legalization of marijuana. Even if you didn’t agree with his ideas, he came off as an elder statesmen and spiritual leader more than a politician. And he let the music do most of the talking. During “Evil Ways,” he eloquently included a few riffs from the John Coltrane classic “A Love Supreme” and then he brought the concert to a close with the crowd-pleasing “Smooth.” During the encore, he played a snippet from the Police song “Roxanne” before shifting back into the type of vigorous blues that he played at the show’s start. Alternately fierce and restrained, his intricate guitar work throughout the set showed that he’s still a master player.