When singer-songwriter Elvis Costello came through town to play House of Blues in 2005, he emphasized the hits, playing rousing versions of songs such as “Watching the Detectives” and “Pump It Up” much to the delight of a crowd clearly ready to revel in some nostalgia for the ’80s. Last night’s solo show at the Palace Theatre provided a striking contrast to that gig. It showed just how versatile the 59-year-old singer-songwriter really is. 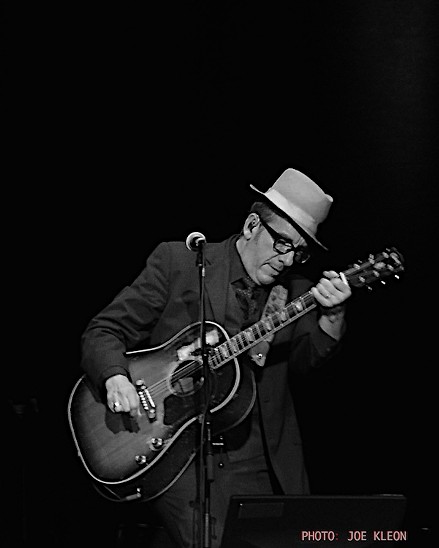 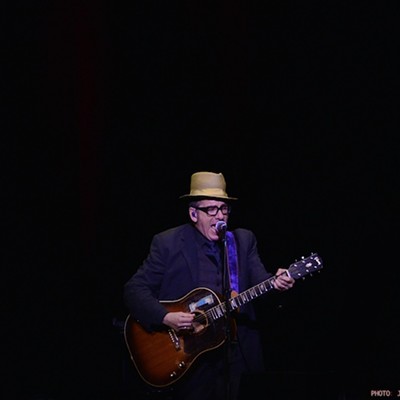 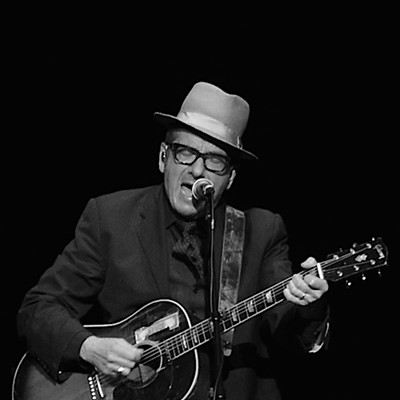 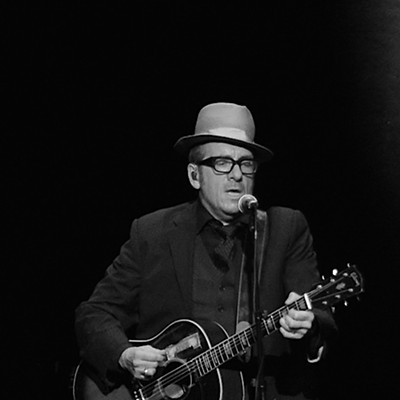 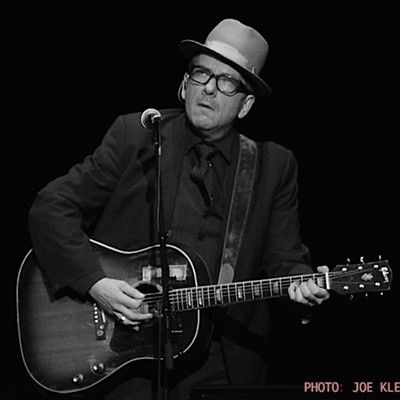 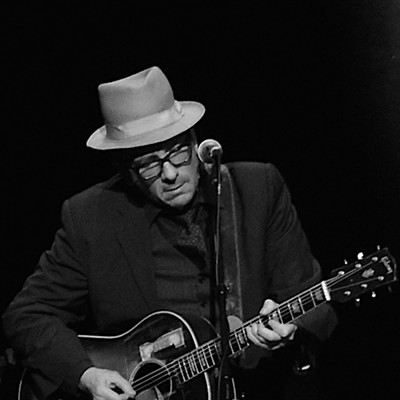 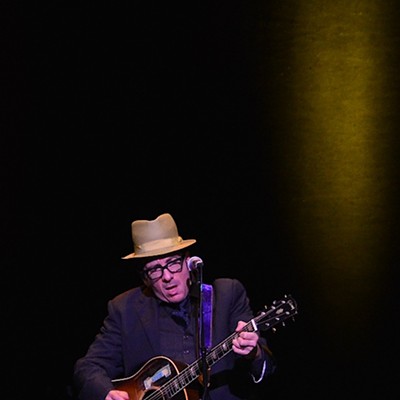 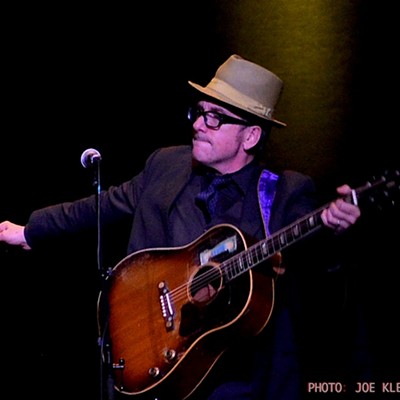 While Costello makes for a great bandleader (he and his backing band the Attractions were once able to play outdoor amphitheaters), he had no trouble shifting gears to perform without any accompaniment. Throughout the two-and-a-half hour concert, he regularly joked with the audience and introduced songs with short stories about their origins. He told stories about his father and his grandfather, both of whom were musicians. And he reminisced about the times he’s played Northeast Ohio. “It’s probably been about 400 years since the first time I came to Cleveland,” he said in introducing “Poison Moon.” “I came in a canoe. I was a trapper.” He also recalled playing the Agora, a place he called a “smoke-filled den of sin,” on his first trip to town.

Flanked by a veritable arsenal of guitars, Costello regularly shifted from one six-string to the next, often using his effects pedals to sample his playing and make it sound as if he was accompanied by another musician. At one point, he even joked that it was time to bring out a special guest. “Sorry, it’s just me,” he said.

Costello included plenty of his better-known songs in the set. “Veronica” and “Alison” got good responses from the audience. But the crowd, which filled about three quarters of the venue, responded favorably to deeper cuts such as “Lipstick Vogue,” which Costello played with a real intensity, and “Party Girl,” which sounded great on acoustic guitar. His voice sounded sharp throughout the set — at the end of the second encore, he stepped away from the microphone to serenade the crowd with a line from “Brother Can You Spare a Dime” and you could even hear him up in the theater’s balcony. For the last of the three encores, Costello shifted to electric guitar to hammer out “Less Than Zero" and “What’s So Funny ’bout) Peace, Love and Understanding," the latter of which sounded as spirited as when he first performed it in 1978.