Kaiser Chiefs Revel in Club Setting at House of Blues

It’s hard to believe England’s Kaiser Chiefs headline big festivals in the UK. That’s not to say that they’re not capable of doing that. But it’s just that they seem so comfortable in the club setting. Last night before a sparse crowd that filled about half of House of Blues, they put on a high-energy performance that nicely balanced their pop and punk impulses. The stage show didn’t feature any outlandish lighting (a few strobes kicked in on occasion) or props (the band spelled out its name in giant letters at the rear of the stage). Rather, the guys just seemed to revel in playing in front of a small but adoring audience. 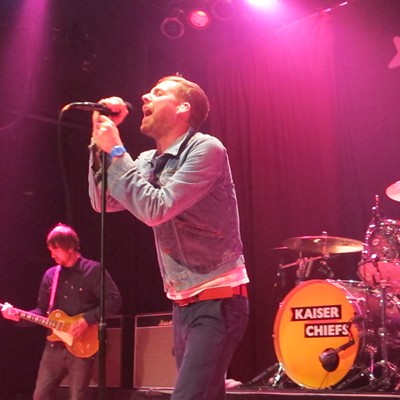 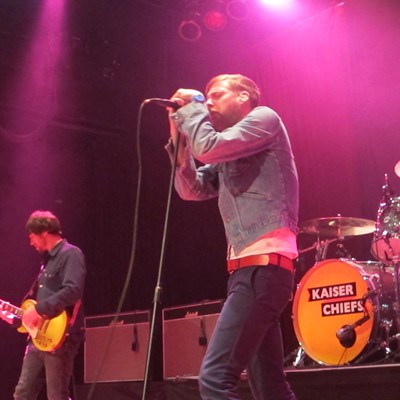 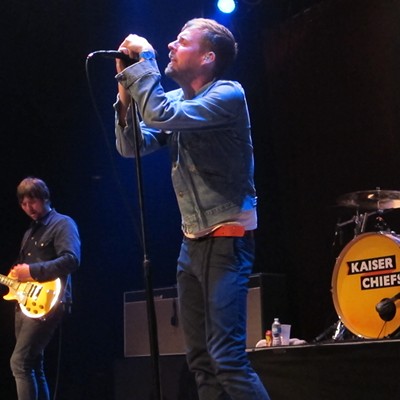 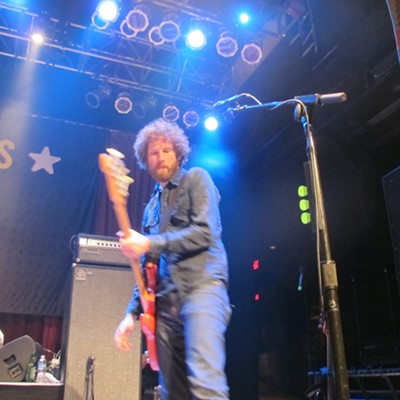 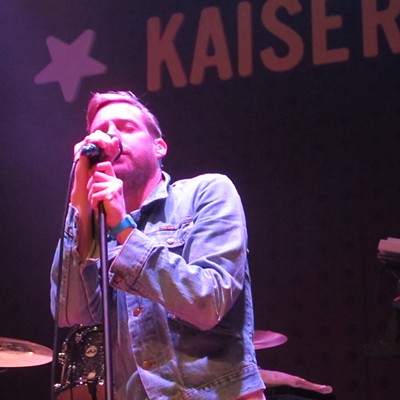 The group started the 75-minute set with “Ruffians on Parade,” one of the grittier songs from its new album Education, Education, Education and War. Dressed in tight-fitting designer jeans and a jean jacket that covered up a white T-shirt, rail-thin singer Ricky Wilson regularly knocked the microphone stand over or simply used it as a crutch, stomping it on the stage floor for emphasis during certain moments as he writhed a bit like GNR’s Axl Rose. The guy’s energy never waned during the set. And he showed a pretty good sense of humor too. When one fan called him a wanker, he responded, “You’re the one who paid for a ticket. So who’s the wanker now?”

While the set had its slower moments — the U2-like ballad “Coming Home” was the kind of song you gently sway to — it usually favored the jittery side of the band’s catalog. Wilson shook a tambourine during “Ruby,” a crowd favorite that showed off the band’s ability to hone a pop hook. “I Predict a Riot,” another hit from the mid-’2000s sounded sharp as did “Misery Company,” perhaps the best song from Education. It concluded with a good jam during which guitarist Andrew White unleashed a terrific blues-based solo, showing off chops that were generally kept in check. The set-closing “Angry Mob” included a mid-song a cappella moment that Wilson capably executed, and the two-song encore the Clash-like “Oh My God,” a tune that had audience members pogoing in unison. It put a rather nice punctuation mark on the solid set.