If you were at Blossom Music Center last night and didn’t do a lot of advance research, it might have been a bit confusing to witness the triple bill of Journey, Steve Miller Band and Tower of Power. At the very least, it perhaps warranted a bit of explanation and Steve Miller himself was quite happy to connect the dots for the uninformed, explaining that playing shows at the Fillmore Auditorium in their hometown of San Francisco did a lot to individually mold each of the three groups and bring them together. It was the diversity of the bookings at the venue which allowed that scene to flourish because on any given night you could see something different, whether it was Johnny Cash on one night, Bo Diddley on the next or Jefferson Airplane on the night after that.

Slideshow Journey and the Steve Miller Band Performing at Blossom 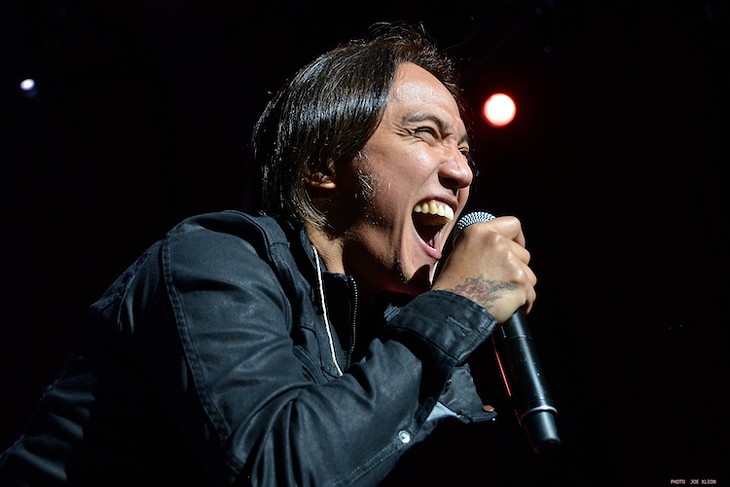 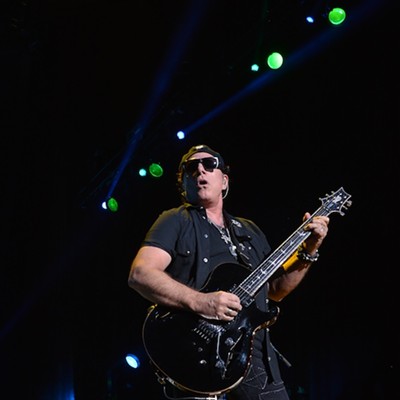 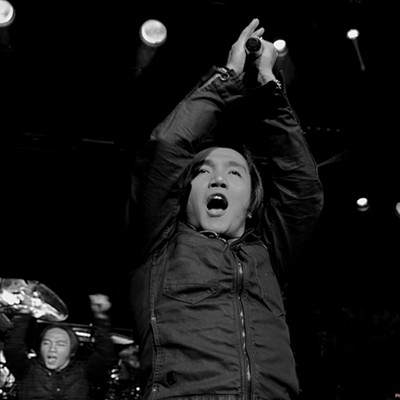 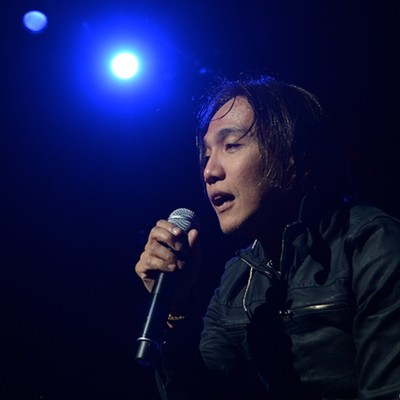 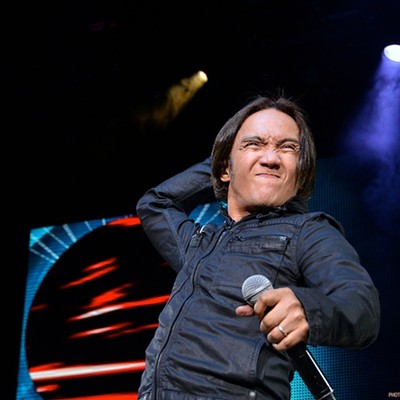 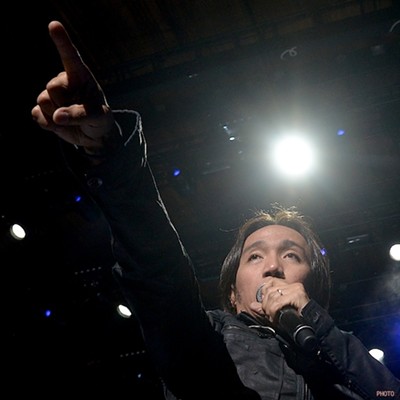 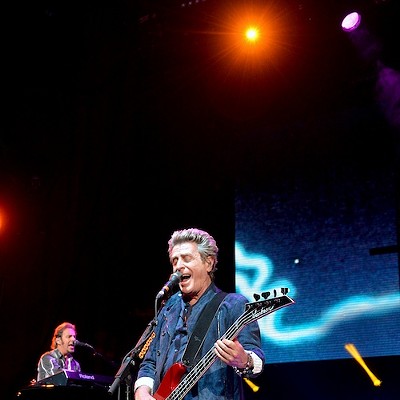 Groups like Tower of Power, which Miller called the “greatest soul band in the world,” had a home to play gigs as they honed and developed their craft. Prior to joining Journey, bassist Ross Valory would spend some time playing with Miller. In San Francisco, the musical cross-pollination was everywhere that you looked.

On Tuesday evening in front of a packed house at Blossom, nostalgia was the real unifying factor that tied everything together. Certainly, Miller brought a good stack of hits to the table, from the set opening “Jungle Love” to the closing moments of the delightfully cosmic “Fly Like An Eagle,” Miller was on his game, delivering a number of freewheeling guitar solos throughout his performance, particularly during “Serenade.” With his breakout album The Joker celebrating its 40th anniversary, he had the opportunity to spotlight some deeper tracks from the album, namely songs like “Sugar Babe” and “Shu Ba Da Du Ma Ma Ma Ma,” a song which he said was written for Carlos Santana. It was inspired by Santana’s rhythm section.

At times, Miller’s set might have gotten a bit too obscure for the crowd, who became audibly a bit restless during some of the quieter moments. But as daylight began to fade and giant beach balls (supplied by Miller’s crew) began to circulate, his overall performance proved to be a pleasantly mellow soundtrack for a nice summer night at Blossom.

With Journey handling the duties of closing out the night, they would quickly eliminate any questions about whether or not they had the horsepower to bring it home almost immediately, from the time they hit the stage performing “Be Good To Yourself” from 1986’s Raised On Radio album, which led directly into Jonathan Cain’s iconic keyboard intro for “Separate Ways,” with guitarist Neal Schon enthusiastically riffing a mile a minute with a grin that would remain plastered on his face for the duration of the night. Early on, the band, led these days by energetic vocalist Arnel Pineda, demonstrated one major benefit that they had in their back pocket that Miller and his band did not.

They had the benefit of having some of their biggest success during the early years of MTV and enjoyed nearly constant exposure on the network throughout a large part of the ‘80s. Leaning heavily on material from that era, the group would demonstrate in real time how the high recognition factor for its catalog of music spreads across multiple generations and continues to grow.

There were a lot of hits in those years for the band, so many in fact that there were several of them which Cain teased during his piano solo, playing bits of “Who’s Crying Now,” “Send Her My Love” and several others leading into the group’s eventual performance of the power ballad classic “Open Arms,” seemingly to make up for their overall absence from the setlist. Wistfully, Schon gave a subtle nod to the band’s former frontman, Steve Perry, introducing “Lights” as a song from “a really old album” which was the second song he had ever written with a “really old friend,” going on to reminisce about how they had crafted the song, which would eventually wind up on the band’s Infinity album, together in former Journey keyboardist Gregg Rolie’s house.

Journey’s set was full of nostalgic remembrances and imagery like that and there was no question that the setlist itself was a real crowd-pleaser.They’ve have become quite good at mapping out a setlist that is equal parts hits and album tracks that have become fan favorites. New material was kept to a minimum, with only two tracks in the set from Eclipse, the band’s most recent album from 2011 and of the two, it was “Ritual” that fared the best in the live setting. With the slick studio production stripped away, “Ritual” had a harder edge that would have made it an easy fit into the track listing of 1983’s Frontiers album.

Whether there will be further new material from Journey remains to be seen — although Schon indicates that it’s a good possibility. Either way, it was clear from their performance last night that their legacy is quite secure.