Wrapping up the interview for this week’s paper, Cheap Trick guitarist Rick Nielsen told us, "Every now and then, I feel lucky that I'm in Cheap Trick. We're a pretty good band." From moment one that the Rockford, Illinois natives hit the stage, they always make sure that you remember that, starting with the beginning of the show. With the intro audio montage wrapping up, a robotic female voice came over the loudspeakers, telling the crowd, “Please welcome the best fucking rock band you’ve ever seen, Cheap Trick.” Just like that, you suddenly find yourself immersed in a typical Cheap Trick rock show. 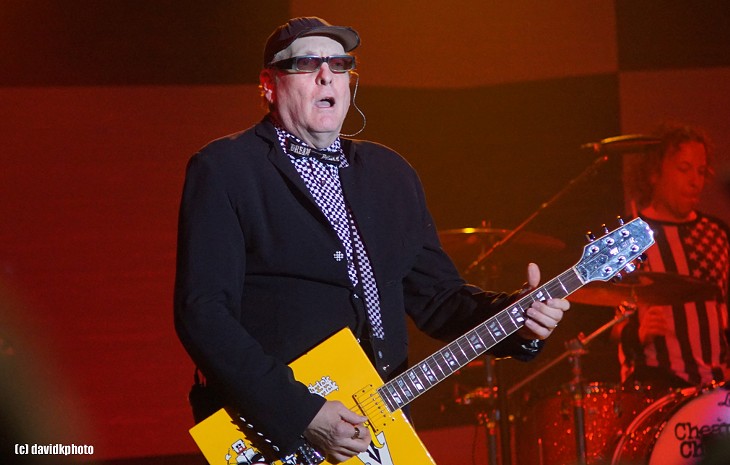 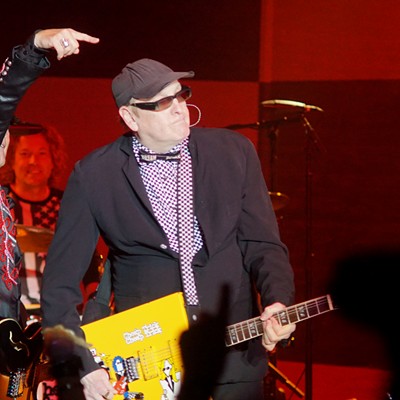 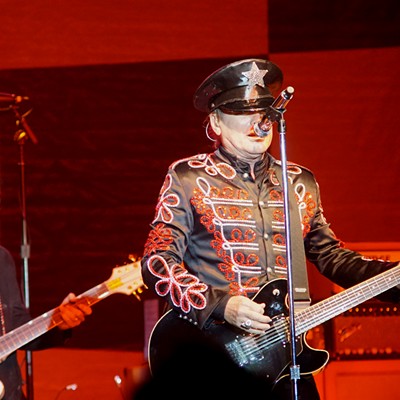 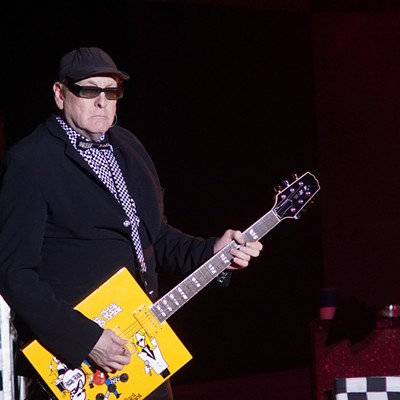 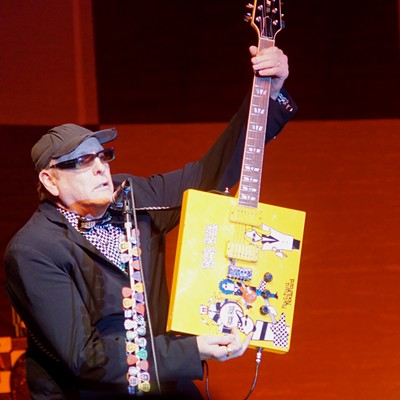 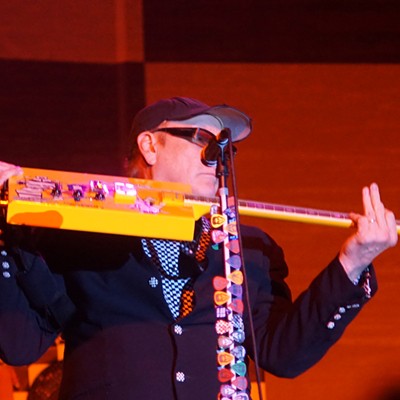 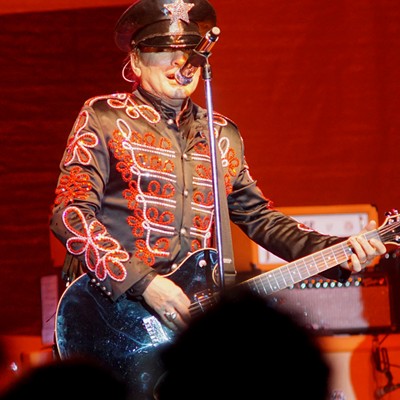 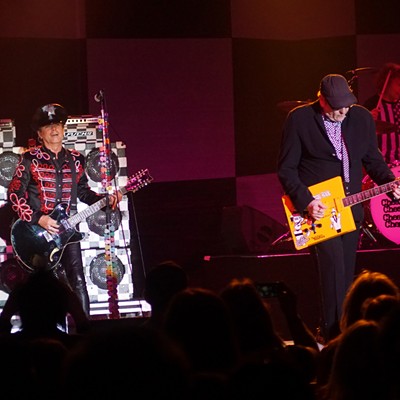 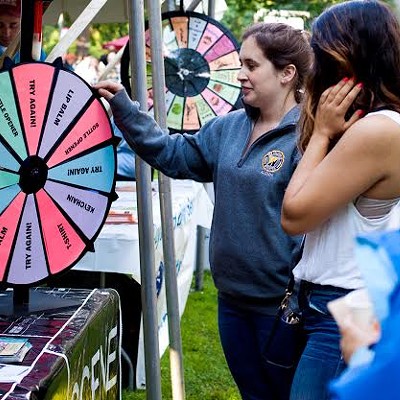 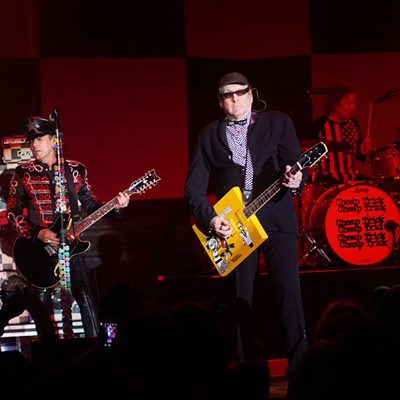 There was Robin Zander, decked out in a full-on Sgt. Pepper-worthy outfit as Nielsen, with his signature ballcap and bowtie present and accounted for. Nielsen stood in front of a pile of checkered amps playing the first of many guitars that he would handle throughout the night — because when you have thousands of guitars, you have to use a few of them, after all. The same thing goes for guitar picks, which at times, Nielsen was shoveling into the crowd by the handful. Bassist Tom Petersson stood stage left and all three members leaned into it collectively as drummer Daxx Nielsen thrashed through the opening moments of “Hello There” from the In Color album, a signature opening number that you can almost always bank on being the lead track of the set.

Over the course of their nearly 90-minute show at Hard Rock Live in front of a capacity crowd, Cheap Trick would turn in a gem of a performance that dug deep into their catalog, with songs like “Borderline” from their 1983 Todd Rundgren-produced Next Position Please record and “Lookout,” which came as part of a twofer of back to back tracks from their breakout Live at Budokan album. While they would eventually mix in a faithful rendition of “The Flame” for the ‘80s music lovers in the audience, the bulk of the night would stay focused on the rock side of the Cheap Trick songbook. As always, Rick Nielsen’s trademark sense of humor was fully intact — at one point he quipped, “I’d like to thank the Raspberries for not showing up tonight.”

By the time the main set wrapped up with a one-two shot of “I Want You To Want Me” and “Dream Police,” it was clear that vocalist Robin Zander (whose vocals continue to defy the effects of time, by the way) and Cheap Trick had more than done their job. They had managed to transform a Thursday night into something that felt a lot more like a Saturday night in a sweaty rock club somewhere in the ‘70s. You can be almost certain that they wouldn’t have it any other way.