Last night, after opening strong with “Carry On,” a tune that showed off their terrific vocal harmonies, and following it up with the classic tracks “Long Time Gone” and “Southern Cross,” Crosby, Stills and Nash took a minute to regroup, providing singer David Crosby with a chance to talk to the capacity crowd at Jacobs Pavilion at Nautica. “I know at this stage of our career, we were supposed to crawl off and die,” he joked. But they clearly have some gas in the tank. While the three-hour show ultimately sagged mid-stream as the guys dipped a little too deeply into their respective solo catalogs, it showed that they could still faithfully recreate the pristine harmonies that characterize the material they recorded both as solo artists and as an ensemble. Of course, without Neil Young, the trio didn't have that wild card and couldn't indulge in the ferocious jams for the which the unconventional guitarist is known. 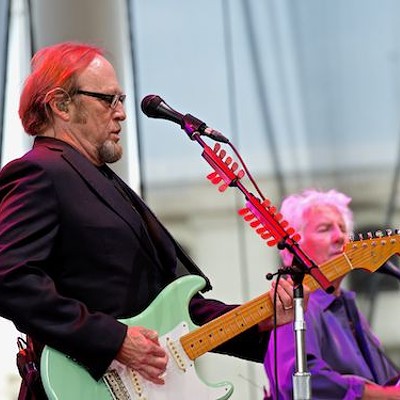 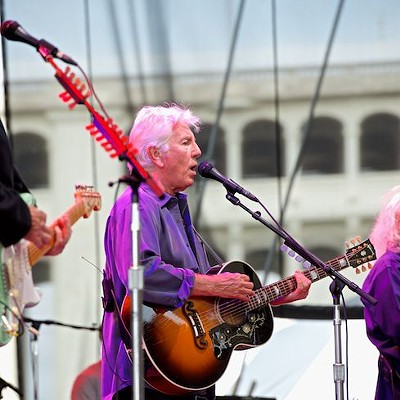 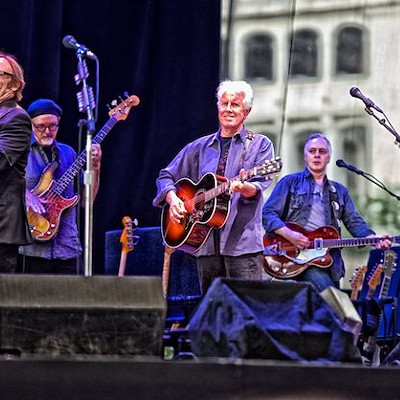 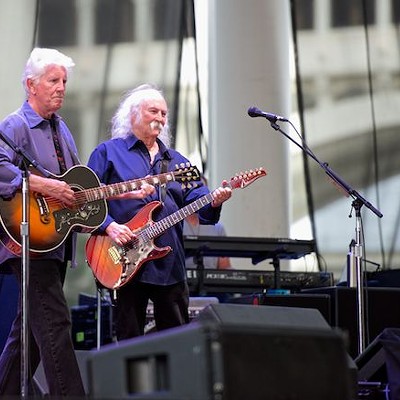 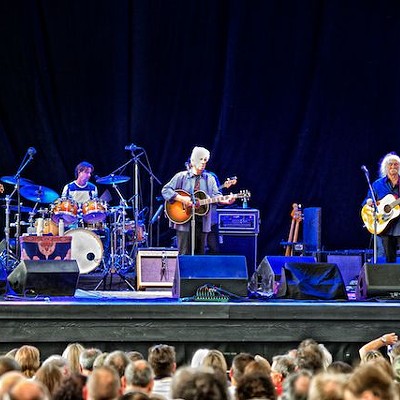 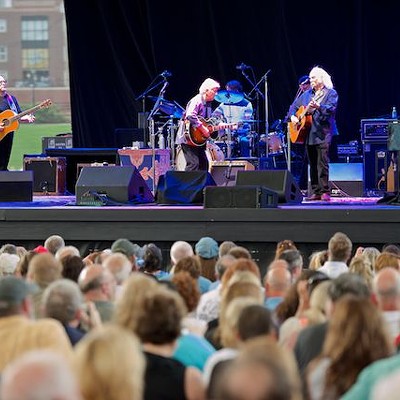 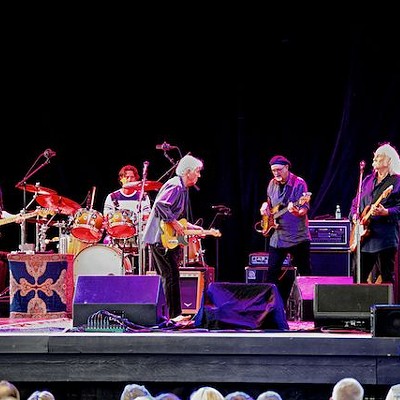 The concert’s first half featured the guys playing a mix of material that included the Nash tune “Back Home,” a track found the trio throwing a few riffs from the Band’s “The Weight” into the mix, and the CSNY song “Déjà Vu,” which Stills introduced by saying it was especially important given “what was going on in the world.” The first set concluded with an energized rendition of the Buffalo Springfield song “Bluebird,” for which Stills stood at the edge of the stage and jammed.

After a 15-minute intermission, they returned with “Helplessly Hoping,” a ballad that again showed off their vocal harmonies. The second set sagged a bit as each member played a solo tune; these guys are clearly better as a group than as individuals. But when they reconvened after the Stills solo number “Treetop Flyer,” they got back on track again. “Our House” turned into an energetic sing-a-long and the Buffalo Springfield song “For What It’s Worth” got the crowd up and on its feet as did "Love the One You're With" and "Teach Your Children."