While plenty of punk bands have succeeded purely because they bring the noise, other acts like the Ramones and the Clash have left their mark because of the great songs they write. Against Me! rests firmly between the two camps. While their show last night at House of Blues where they kicked off the Alternative Press Music Awards was raucous enough to get a good mosh pit going, it wasn’t just about raising a ruckus. The guys also relied on good guitar hooks and harmony vocals.

Slideshow Against Me! Performing at House of Blues 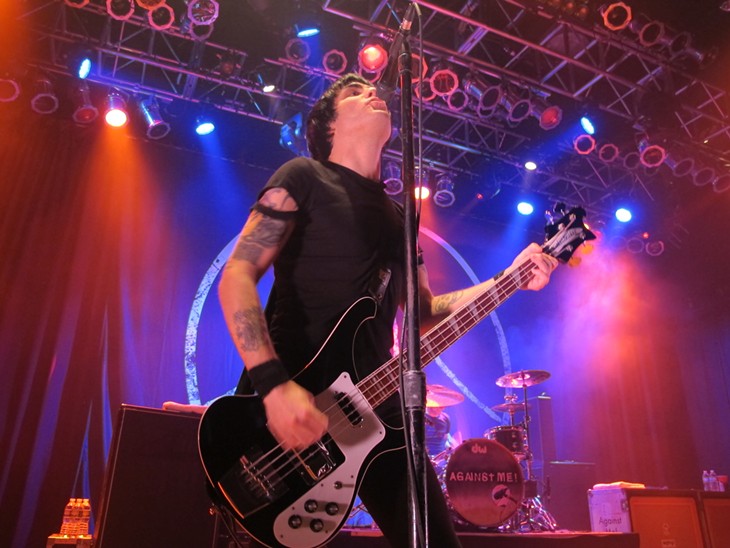 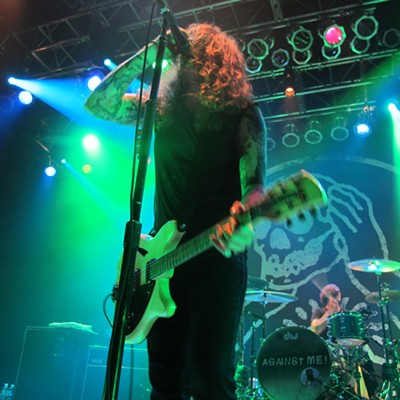 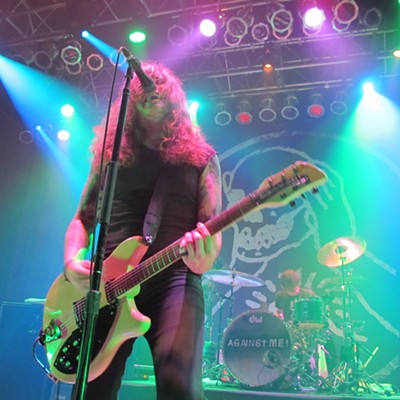 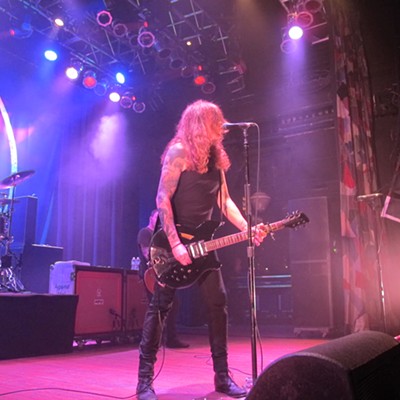 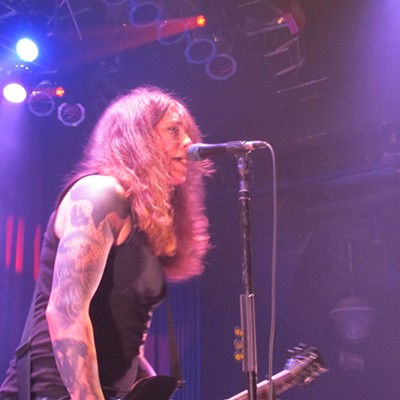 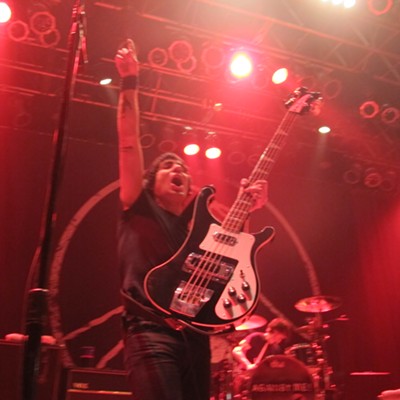 Against Me! Performing at House of Blues
By Jeff Niesel
Click to View 14 slides

Singer Laura Jane Grace created a bit of a stir in 2012 when she came out as transgender and changed her name from Tom Gabel. But whether she identifies as a man or woman, Grace is a great front person. With tattoos running up and down her arms and her long hair covering her face for much of the show, she looked a bit like Ozzy Osbourne used to look back in the day. She opened the 90-minute set with “True Trans Soul Rebel,” a tune that documents the gender dysphoria that Grace experienced before coming out as transgender. Its howling vocals and snarling guitars made into a righteous anthem. That energy carried over into “I Was a Teenage Anarchist,” a song that found Grace emphatically pounding her chest with real defiance.

The rhythm section capably kicked off “Don’t Lose Touch” and Grace introduced “Pretty Girls (The Mover),” another call-and-response anthem that sounded a bit more refined than its studio version, as a song about “having a crush.” The band closed the 18-song set with the mid-tempo “The Ocean,” an atmospheric tune that featured some terrific guitar interplay between Grace and longtime guitarist James Bowman, the quartet’s only holdover from the early days. For the three-song encore, Grace strapped on an acoustic guitar for ballads “500 Years” and “Sink, Florida, Sink,” further proof that Against Me!’s songwriting skills set it apart from most other punk acts.

Jenny Owen Youngs opened with a solo set that suggested she’d be better off with the backing of a band. While she had a great rapport with the audience, her songs just didn’t work without accompaniment.

C-Notes Against Me! House of Blues Slideshow