After last night’s main set at Hard Rock Live, Slash came strolling back out and said, “You didn’t think we fuckin’ left, did you?” He then introduced “By the Sword,” from his 2010 Slash album as “a song about the survival of rock ’n’ roll.” From the way things went down last night, it would seem that as long as the former Guns N’ Roses guitarist has a guitar strapped around his neck, rock ’n’ roll should be able to survive just fine. 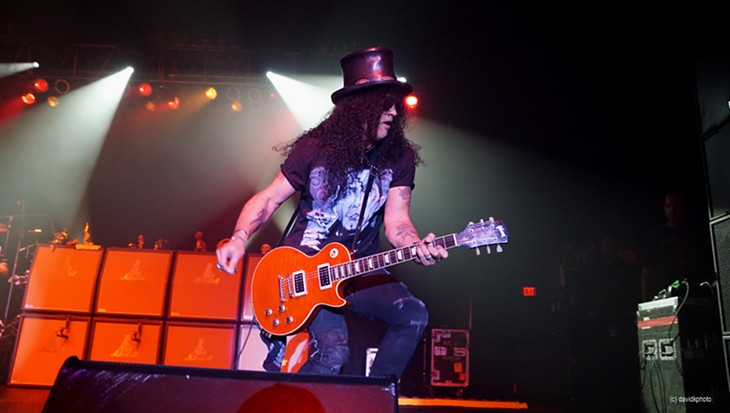 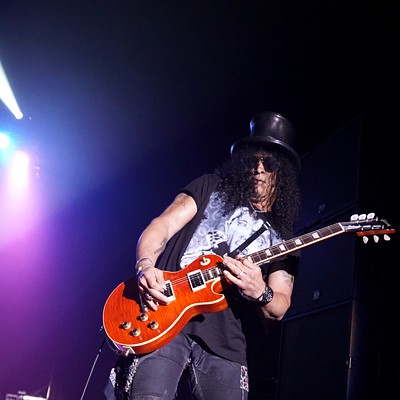 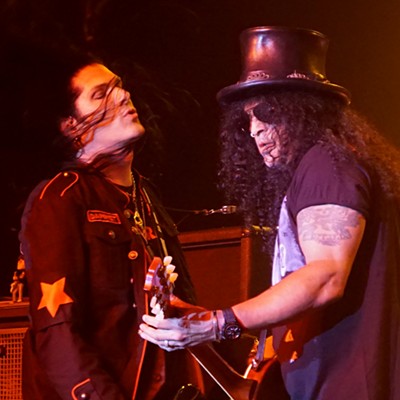 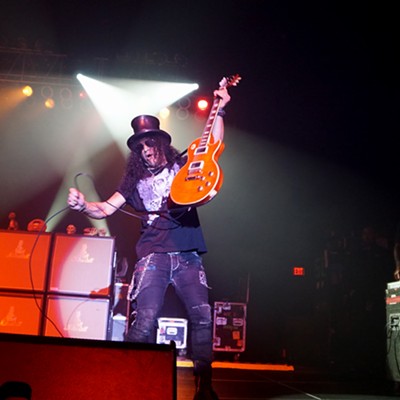 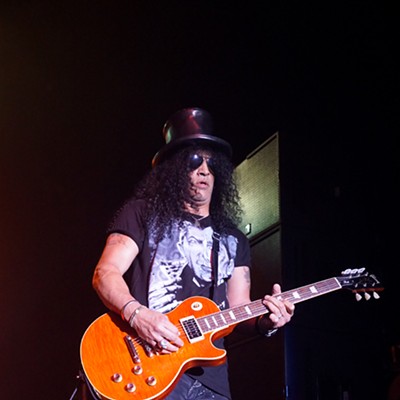 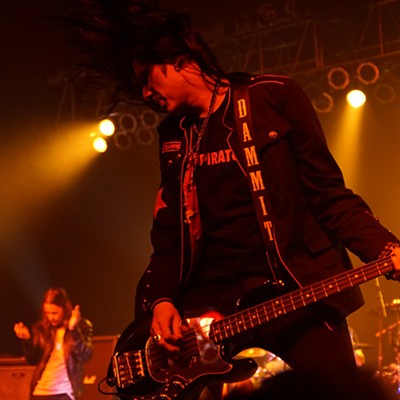 There were plenty in the crowd wearing GNR T-shirts, many of which looked to be the vintage real deal from back in the day. There were stories too from those same fans, of seeing Guns N’ Roses in the ‘80s with Aerosmith at the Coliseum. Things have come full circle as Slash is back out on the road with Aerosmith this summer and the Cleveland show was a headlining off-date. Although the players surrounding him might have changed and the shows start on time now as they’re supposed to, the veteran guitar player demonstrated that he still knows plenty about delivering a satisfying full-on rock ’n’ roll show — no matter if it’s a Sunday night and the bulk of the crowd probably has to work the next day.

The crowd was fully engaged in the experience from the first moment Slash, with vocalist Myles Kennedy and the rest of his band (dubbed “The Conspirators”) took the stage to the sounds of an intro tape of circus music. It’s a rarity to see a crowd stay on its feet for the entirety of the full two-hour set. Usually, there’s a ballad or a new song that finds patrons taking their seats for at least a few moments, but Slash and his Conspirators turned out a set that had no dead space to even contemplate a bathroom break.

Kennedy was the chameleonic vocalist who would tie the entire thing together (with bassist Todd Kerns filling in additional high harmonies), easily covering every inch of Slash’s back catalog with ample material featured from the past three albums, a single cut from the Velvet Revolver era (“Slither) and a healthy handful of classic GNR favorites, including a 15 minute-plus trip through “Rocket Queen,” nearly 10 minutes of which was occupied by an epic slow burner of a solo from Slash.

Fairly inclusive, the setlist’s only void was any material from the two Slash’s Snakepit albums. It was interesting to watch the crowd, several generations deep, singing along with songs word for word, no matter which decade they came from. The same twenty-something guy could be seen singing to his GNR favorites while also going line by line through the more recent “You’re A Lie,” a track from 2012’s Apocalyptic Love which came towards the end of the set.

The set featured three tracks from the upcoming World On Fire (in stores September 16), including the incendiary title track which seems tailor-made to be a future set opener. The fact that Guns N’ Roses material occupied only five songs out of the 20-song set says a lot about the strength of the songs that Slash and Kennedy have created in their relatively short time working together. During his two hours on stage, Slash proved that no matter what name might be on the label, good songs are good songs and Sunday evening’s show had plenty of them.