Like an old man or woman who’s traded in his or her significant other for a younger, more attractive version, prog rockers Yes have really benefited from the addition of singer Jon Davison, who replaced original singer Jon Anderson in 2012. You’ve gotta wonder if the other members of the band — guitarist Steve Howe, bassist Chris Squire, keyboardist Geoff Downes and drummer Alan White — wish the guy would dye his long brown hair gray just to fit in and not make them look so fricking old. But with Davison at the helm, the group capably revisited two of its classic albums, 1972’s Close to the Edge and 1971’s Fragile last night at Hard Rock Live before a capacity crowd. While the two-hour concert started rather slow, it picked up steam as the band delved into Fragile, and the group seemed to really thrive on the capacity crowd’s enthusiasm as it delivered a livelier concert than last year’s performance at Cain Park. 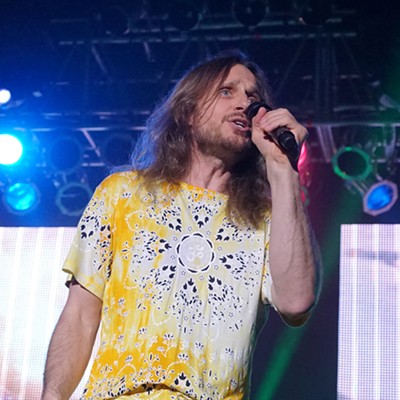 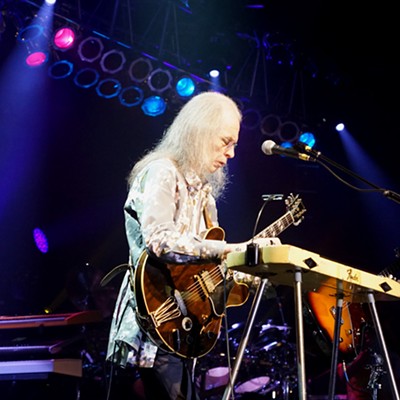 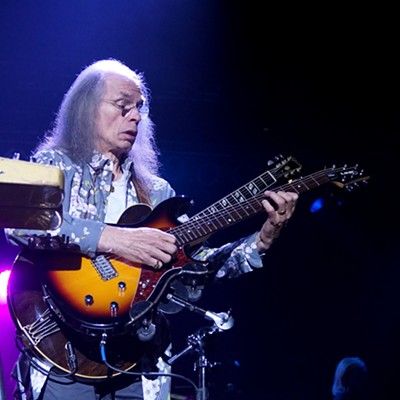 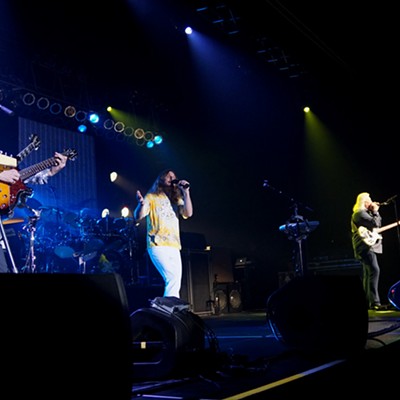 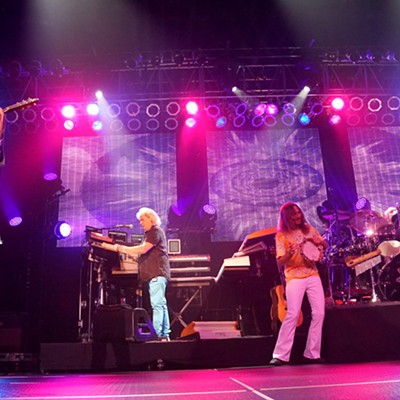 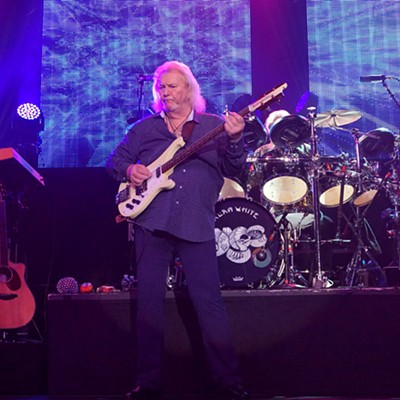 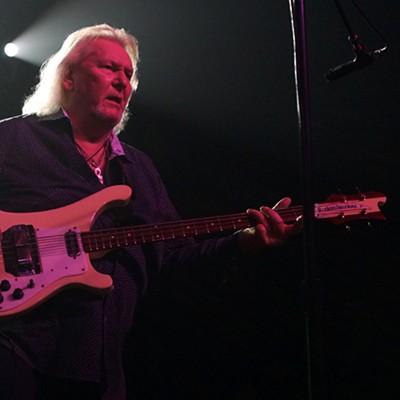 Wearing tight fitting white pants and an orange and yellow short-sleeved shirt that looked like a tablecloth, Davison came off as if he were some kind of mystic. His falsetto-like vocals sound just like Anderson’s, and, like Anderson, he would dramatically reach to the rafters while singing. With their heavy bass riffs and noodling guitars, the Close to the Edge tunes had a psychedelic, trippy feel to them that was amplified by Davison’s antics. After playing the album in its entirety, the group delivered “Believe Again” and “Game,” two songs from its new album Heaven & Earth. Neither song was a huge departure from the band’s early material and both fared well next to the old tunes, providing a nice bridge to Fragile, which the band also played in its entirety.

That part of the set started with the funky “Roundabout,” a tune that had patrons clapping along in unison. Smoke rose from the stage floor during “South Side of the Sky,” a song that had the band playing with a real fierceness. We probably could have done without instrumentals such as “Cans and Brahms” and “Mood for a Day,” the latter of which featured Howe on acoustic guitar, but the band was determined to play the album in its entirety so that meant playing the more obscure tracks as well as the more popular ones. For the encore, the audience rose to its feet as the group cranked out the punchy “I’ve Seen All Good People” and knocked out “Owner of a Lonely Heart,” a song that was recorded by a much different line-up than the one that played last night. But the fact that the live version was so faithful to the studio version shows the extent to which Yes still sounds like Yes despite the many line-up changes.