August 04, 2014 at 5:18 PM
comment
In the past couple of years, Lollapalooza, the annual alt-rock festival curated by Jane’s Addiction frontman Perry Farrell, has gravitated toward electronic dance music (EDM) and hip-hop. As a result, the audience has gotten younger and rowdier (and drunker). We saw more than one person hurl at this year’s three-day festival which took place this past weekend at Grant Park in Chicago. But when you have 100,000 people attending each day, you're bound to encounter that type of thing.

Slideshow Photos from Lollapalooza at Grant Park in Chicago 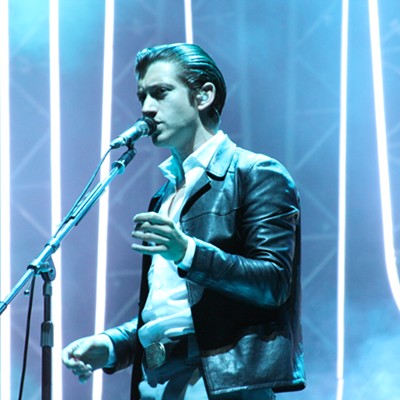 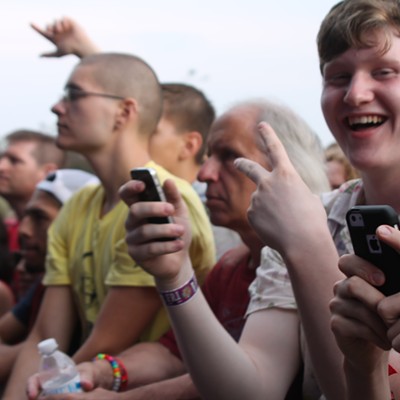 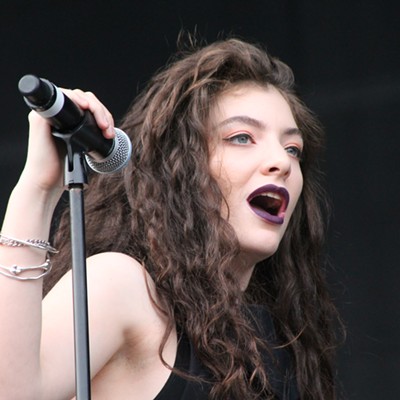 
Friday’s headliner Eminem and Saturday’s headliner OutKast appealed to the festival's young demographic and drew huge audiences to their respect sets. Eminem’s performance had a real aggressiveness to it that was amplified by his hard rocking live band. The first few songs in his set also came off as a bit one-dimensional, and it was a good thing that guest Rihanna showed up to provide a needed break from the hard-hitting music. OutKast’s terrific backing band (complete with female backing singers and a horn section) was a bit more dexterous and helped bring out the band’s funky side. Dressed in colorful outfits, rappers Andre 3000 and Big Boi had great rapport with one another and with the audience as they encouraged fans to wave their hands in the air during their free wheelin’ 90-minute set that included hits such as “Miss Jackson” and “Hey Ya!,” songs that held up well even they’re both more than 10 years old. Sunday’s headliner Kings of Leon didn’t draw as big of an audience but they played opposite dubstep star Skrillex, who thrilled with his terrific light show and abdomen-shaking bass beats.

The various DJs who played on Perry’s stage over the course the weekend worked from atop a two-tier stage that was outfitted with blinding strobes. They also made the most of a massive sound system that was so loud, you could often hear the booming bass while at other stages. Farrell himself even had a cameo appearance on the stage and sang alongside French DJ Joachim Garraud.
Despite the preponderance of EDM, the festival was big enough that it also offered an eclectic mix of music and acts such as New Orleans jazz player Trombone Shorty, who sang and swung hard in front of a huge crowd, and folk-y Frames singer Glen Hansard. Hansard even showed up on the kids’ stage to play a few tunes, including an infectious song about bananas. And up-and-coming New York rock act, the Last Internationale played a powerful set that was anchored by hard-hitting Audioslave/Rage Against the Machine drummer Brad Wilk. Punk rockers A.F.I. also delivered one of the noisier sets as the goth-punk band emphasized the punk side of its sound. Singer-songwriter Lorde put on one of the weekend’s best performances. The 17-year-old whipped her wild her around on stage and sang so powerfully, she added a soulful dimension to her trip-hop drenched pop tunes.

While the weather was mostly pleasant for the event, drenching rain on Sunday turned the fields into mud bogs and many patrons ended up losing sandals and flip-flops as they scurried from stage to stage. While the festival has probably outgrown Grant Park, good luck finding a better venue. The proximity to both the lake and downtown Chicago’s hotels and restaurants make the place the perfect setting for a festival (and it brings the city a reported $100 million in revenue too).