Katy Perry Proves Herself to Be Diva Worthy

August 15, 2014 at 10:26 AM
1 comment
As Marilyn Monroe is to Madonna, Judy Garland is to Katy Perry. Perry, who performed in front of a capacity crowd last night at Quicken Loans Arena is still a diva, but she’s sexy, not slutty. Her concert would be rated PG-13 as she kept her banter with the crowd on the safe side, talking about the garden she has at home where she grows kale and other veggies (she bristled when one fan suggested she grows pot). During one routine, she ordered a pizza on stage but admitted she had a gluten allergy so she gave it to a young fan after a brief Q&A with the shy kid. She didn’t even show much cleavage during the concert (though we all know she certainly has plenty to show). In fact, one guy sitting next to us left because her outfits weren’t revealing enough. 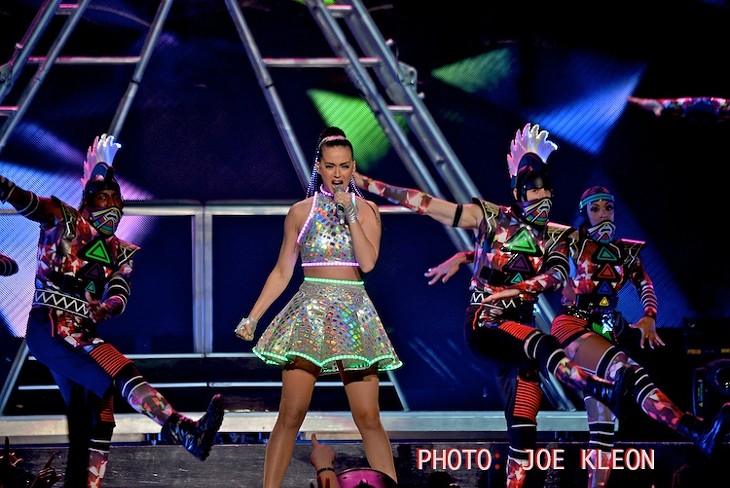 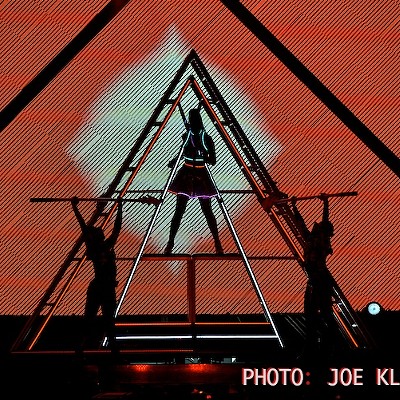 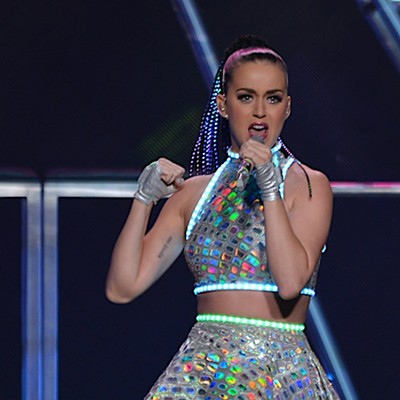 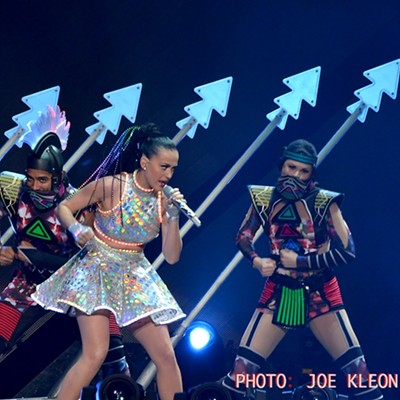 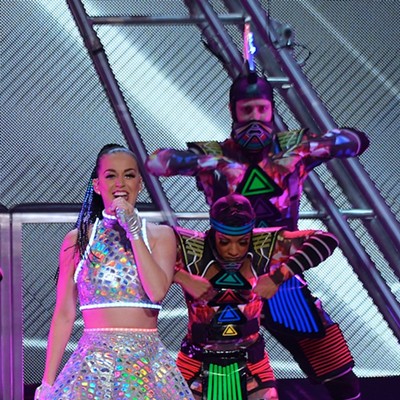 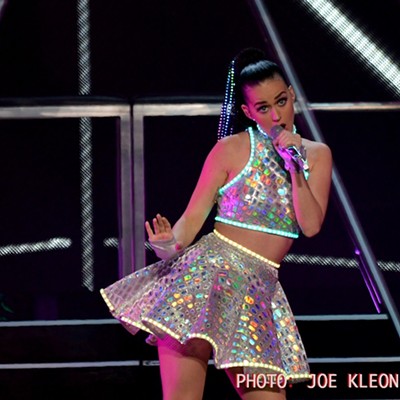 Katy Perry Performing at Quicken Loans Arena
By Joe Kleon
Click to View 34 slides
Not that there’s anything wrong with all that. With the exception of an overly long acoustic segment, Perry’s two-hour show was never dull as she regularly changed outfits and strutted across the giant catwalk that extended about 100 feet into the audience. While she’s not athletic enough to pull off the kind of gymnastic moves that P!nk does during her concerts, she did allow herself to be hoisted into the Q’s rafters during various parts of the show.

The concert started with a bang as Perry arrived on stage with dancers dressed as warriors. Decked out in Day-Glo outfits, they accompanied her as she sang “Roar” and stayed on stage for the hip-hop number “Part of Me.” The set took on an Egyptian theme for “Dark Horse,” one of the show’s many highlights as Perry sang her parts with real vigor, delivering the song with all the attitude it requires (a video of guest rapper Juicy J appeared on the large video screen behind the stage). The hits kept coming as she then played “I Kissed a Girl” and “Hot N Cold. For “International Smile,” she seamlessly inserted a bit of Madonna’s “Vogue” as a tribute of sorts to the Material Girl. The energy waned a bit during an acoustic segment as her voice sounded too thin on “By the Grace of God." But she capably recovered for “The One That Got Away” and “Unconditionally.” She proved herself capable of rapping on “This is How We Do” and reveled in the pop confection of “Teenage Dream” and “California Gurls” before closing the set with a two-song encore that included the soaring “Firework” — actual fireworks went off inside the arena and brought the show to a glorious end.

Country singer Kacey Musgraves opened the show with a 40-minute set that suffered a bit simply because her delicate voice couldn’t fill the arena. But she had great songs and an excellent band. Her spirited cover of Nancy Sinatra’s “These Boots Are Made for Walkin'” — for which she put on a pair of boots that lit up — even went over well with both kids and parents. Singer-songwriter Ferras started the whole thing off. His terrific voice could fill the arena, but his atmospheric songs just didn’t connect with the crowd.