August 22, 2014 at 10:20 AM
comment
While Kenny Chesney and Tim McGraw have basically owned the party hearty country crowd for the past few years, a younger group of guys (and notice we did say guys — the country scene is pretty much a man's world these days) is coming up on the circuit, threatening to outdo its predecessors. Witness 38-year-old singer-songwriter Bryan, who played the first of two back-to-back sold out shows at Blossom last night. The Georgia-born singer-songwriter isn’t exactly a newcomer — his career dates back to the late 2000s. But he’s recently become one of country’s biggest superstars and his ability to pack some 20,000 fans into Blossom last night was a testimony to his success. 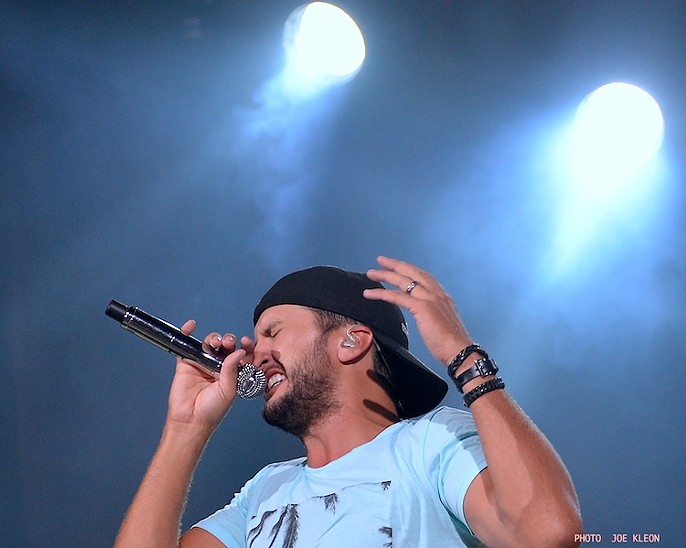 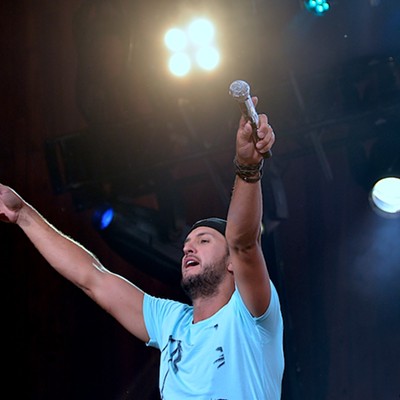 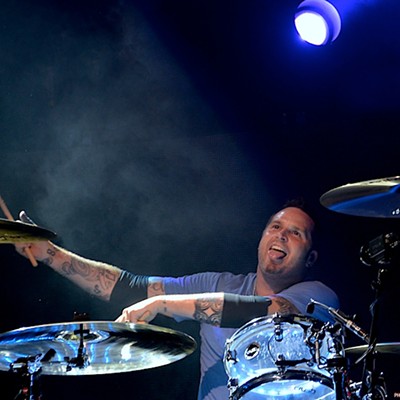 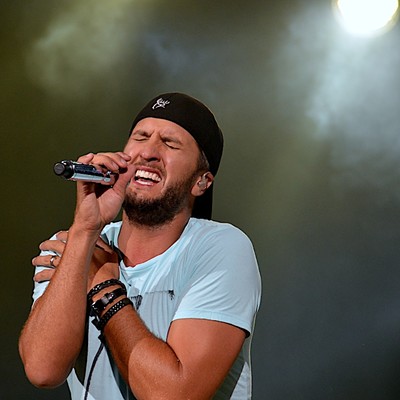 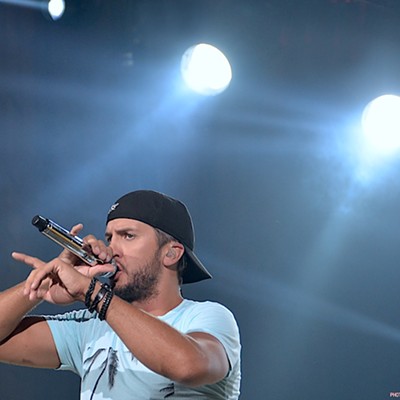 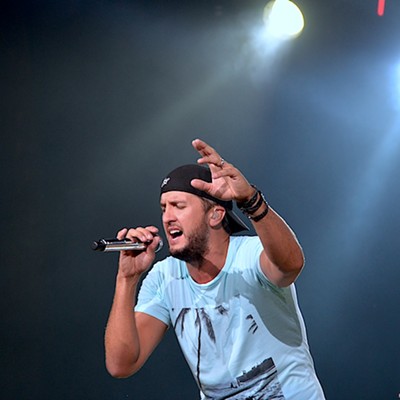 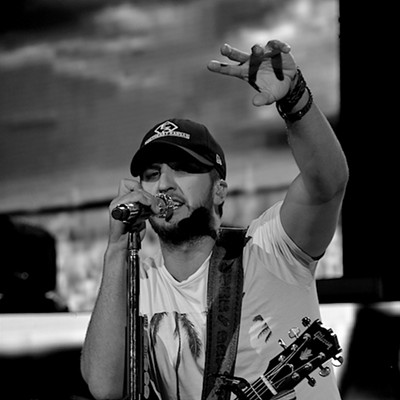 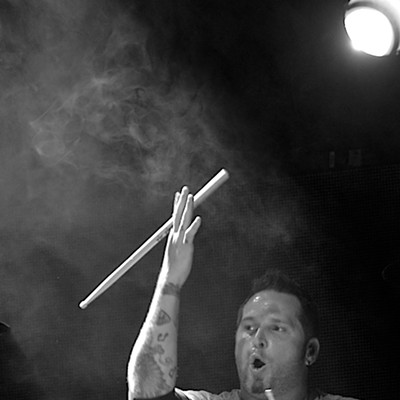 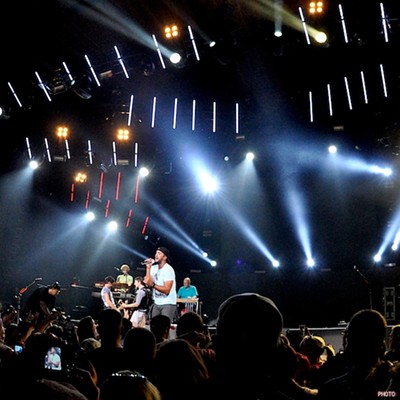 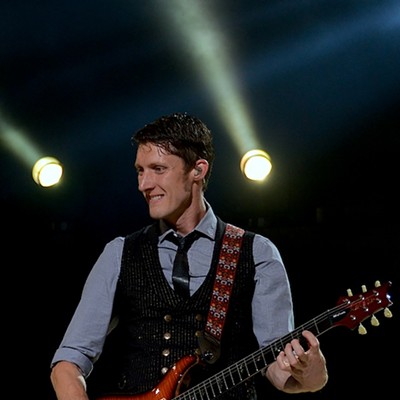 
Bryan, who greeted fans with a casual “Blossom, how ya doin’” is a fantastic entertainer. Last night, he ran the length of the stage with all the stamina of the Energizer Bunny, tossing his wireless microphone in the air, catching the sticks his drummer threw his way and putting some exaggerated pelvic thrusts into his performance of “Country Man.” At one point, he even pantomimed hitting a home run.

The 90-minute set started strong with anthems such as “That’s My Kind of Night,” “Rain is a Good Thing” and “Kiss Tomorrow Goodbye.” “Ya’ll feeling frisky,” Bryan asked in introducing “Rain is a Good Thing.” A thunderous roar of applause suggested the answer was affirmative. While the beginning of the set effectively got the party started, Bryan simmered down for a more intimate series of songs. He invited opener Lee Brice out for a rendition of “Crazy Girl,” a song the Eli Young Band turned into a hit, and he sat at the piano for “Shut it Down” and “Do I,” two ballads that showed off his more sensitive side. He even sat on a faux pier for “Drink a Beer,” a ballad he dedicated to anyone who “lost somebody you used to drink with.”

But then, the party was back on as he played a snippet of Bryan Adams’ “Summer of ’69” and opener Cole Swindell came out for a rollicking rendition of the pop-friendly “This is How We Roll.” During “Suntan City,” a twangy number that benefited from a bit of fiddle, he tossed out cans of Miller Lite from a giant cooler he rolled onto the stage. And speaking of beer, that was a theme for the evening. Miller Lite signs were plastered all over the venue and both Bryan and the show’s opener cracked at least one open during their respective sets, all of which included songs about beer. Guess that makes sense — it seemed every patron in the joint had a 24 oz. beer in his or her hand.

Brice and Swindell preceded Bryan with sets that fared well. Though Brice has a terrific voice, he tended to yell too much, especially on the working class anthems he played. We preferred the softer stuff. While Swindell doesn’t quite have Bryan’s charisma (give him some time), he has some terrific songs, and he made the best of a 30-minute allotment by focusing on catchy numbers such as "Let Me See Ya’ Girl” and the set-closing “Chillin' It," a number that had patrons on their feet singing the lyrics in unison.