September 05, 2014 at 11:35 AM
comment
Because of an ability to command a stage without any accompaniment, you can often tell when a musician got his or her start performing on street corners and open mics. Such is the case with Brit singer-songwriter Ed Sheeran. The guy played plenty of small venues before up-scaling to bigger rooms in late 2012 and early 2013 and then playing arenas last year with country superstar Taylor Swift. His new album, x, is one of the year’s most satisfying pop releases and shows just how much he’s evolved as a songwriter. But rather than try to recreate the heavily produced songs on the album, Sheeran played a stripped down set that found him playing nothing more than acoustic guitar — granted, he used some loops and sampled himself to give the music a bigger sound.

Slideshow Ed Sheeran and Rudimental Performing at the Wolstein Center 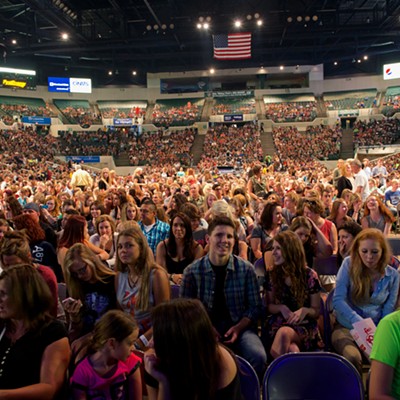 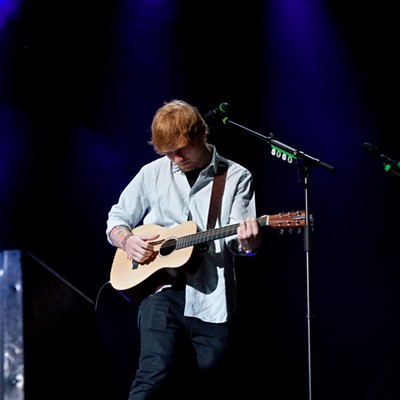 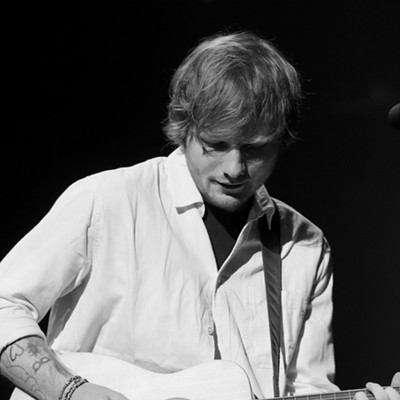 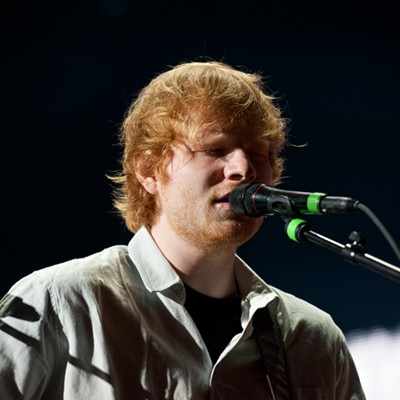 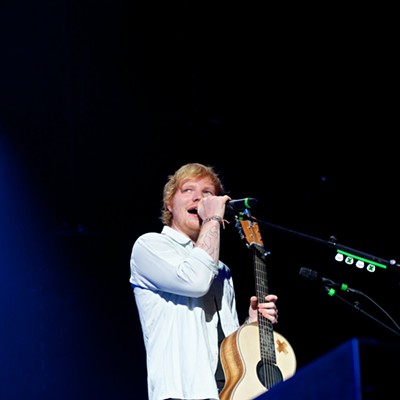 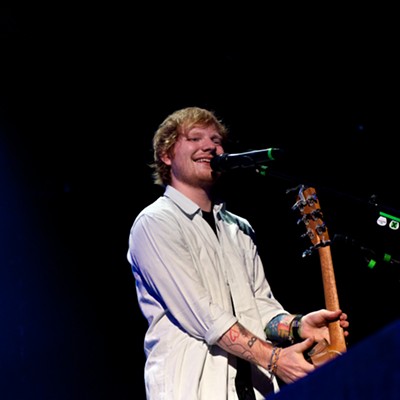 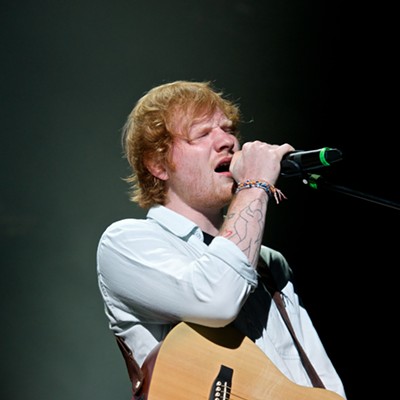 
Even though he played without the accompaniment of a live band, the bushy-haired musician, who, like actor Michael Cera, has a boyish look that makes him look younger than he really is, had no trouble enthralling the young audience of teenagers that filled about three-fourths of the Wolstein Center last night. His 90-minute set started slowly with “I’m a Mess,” a folky tune that gradually built to a climax thanks to his ability to manipulate a series of loops and samples. While too many clichés sunk the love song “One,” Sheeran got back on track with the rousing “Bloodstream,” a noisy tune that featured layers of guitars and backing vocals. The track had a real intensity to it that made it one of the 17-song set’s highlights. Sheeran sounded particularly soulful on “Runaway,” which he closed by including a few riffs of “Everybody (Backstreet’s Back).” Throughout the set, Sheeran would effectively alternate between crooning (he silenced the audience on the ballad “Afire Love”) and rapping (he delivered some spirited verses in “You Need Me, I Don’t Need You”). The concert concluded with a three-song encore that included the propulsive “Sing,” a song with such a good groove that could even pass for ‘70s funk. And even though Sheeran is comfortable doing the solo acoustic thing, we’d still love to hear the songs brought to life with a live band.

The British group Rudimental opened with a rousing 40-minute set that often felt like a rehearsal as various members of the 9-person ensemble took turns singing lead vocals. Without any real choreography, the band’s set of dance music/R&B/pop came off as an unfocused hodgepodge and didn’t cohere until the end when the group delivered a vigorous rendition of its most popular single “Feel the Love.”