The Black Keys Deliver a Rousing Homecoming Show at the Q

September 07, 2014 at 10:22 AM
2 comments
Formed in Akron in 2001, the Black Keys have come a long way. In the early days, the band would play small local bars and clubs  such as the Beachland Tavern and the now-closed Lime Spider in Akron. Now, the band headlines sports arenas and last night nearly filled Quicken Loans Arena to the brim for a rousing 100-minute set. 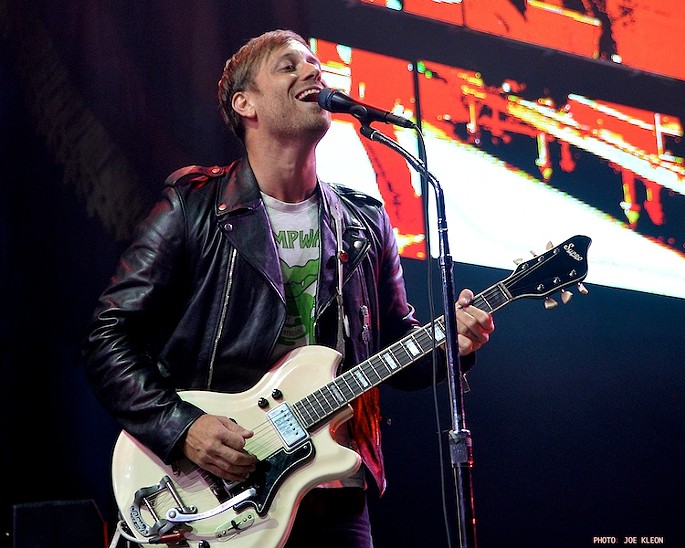 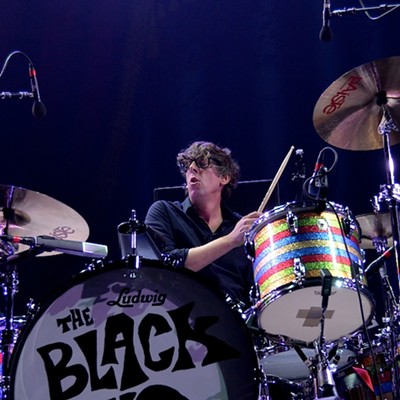 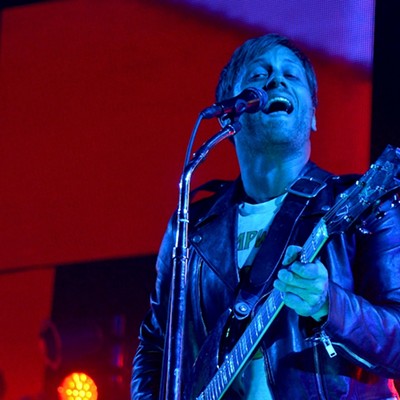 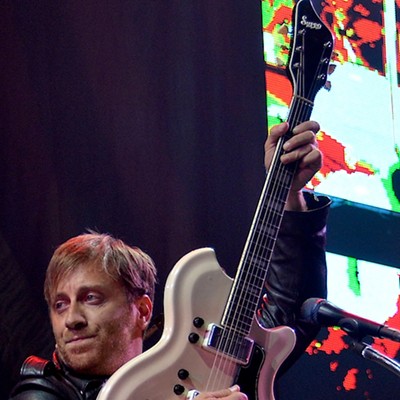 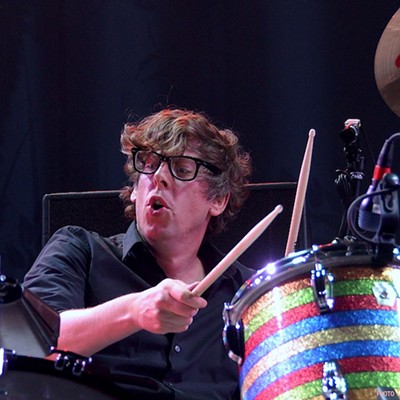 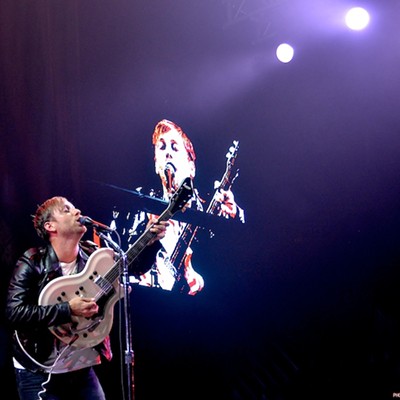 
But as much as things have changed for the Keys — instead of recording in their basement, they use professional studios, instead of winning music awards from local publications, they now win Grammys) — things have also stayed the same. Last night, they decided to end the concert as a duo, sending the two touring musicians who back them up to the sidelines, and delivering a gritty rendition “I Got Mine,” a grungey blues number from 2008’s Attack & Release, as the final track of a three-song encore. It put a real exclamation mark on the show and displayed the extent to which the band — singer-guitarist Dan Auerbach and drummer Patrick Carney — still connects to its past.

The concert opened with the hiccupping vocals of “Dead and Gone,” and the band proceeded to put the emphasis on tracks from 2011’s El Camino and from its new album, Turn Blue. “Run Right Back” benefited from a bit of slide guitar, old school synths helped propel “Gold on the Ceiling” and heavy percussion distinguished “Nova Baby.” “This is so amazing,” said Auerbach. “We want to thank LeBron James for letting us use his house.” The band capably delivered a cover of “Leavin’ Trunk,” a song Auerbach said the band hadn’t played since 2002, and also turned in a nice rendition of the shimmering ‘90s hit “A Girl Like You.” The band chose to play its biggest hits — songs such as "Fever" and "Lonely Boy" near the end of the set. Playing underneath a series of video screens that featured pixelated images of the band, the group put the emphasis on the music rather than the light show (in fact, it looked like spotlights had been randomly rolled out to the rear of the stage just to show the group made an effort at production). A bitter divorce inspired many of the songs on Turn Blue, but last night’s spirited performance suggested Auerbach isn’t wallowing in his misery but has channeled that frustration into a rocking live show.

The garage-y Cage the Elephant opened with a rousing 40-minute set of its own. Singer Matt Shultz was shirtless and sweaty by song’s end as he did his best to writhe and wiggle like a modern-day Iggy Pop. While his antics often bordered on obnoxious, there was no denying his unbridled enthusiasm and he even managed to pull off a mid-set stage dive (no easy task the Q).