September 29, 2014 at 10:16 AM
comment
“We played a DJ set last night so everything is working except for my brain,” said diminutive Chvrches singer Lauren Mayberry at the start of last night’s 65-minute show at House of Blues. Her apology wasn’t really necessary; the Scottish band sounded sharp as it emphasized the EDM side of its sound (not that it ventured into dubstep territory or anything that extreme) right from start of the sold out show, turning up the bass to a deafening volume as it took the stage. Still touring in support of last year’s The Bones of What You Believe, the band, which also includes keyboardists Iain Cook and Martin Doherty, plays synth-pop/electronic music that looks back to the ’80s for inspiration. Because it has such great songs, the album has seeped into the mainstream, and the band has slowly achieved stateside popularity to match the acclaim it’s received overseas. 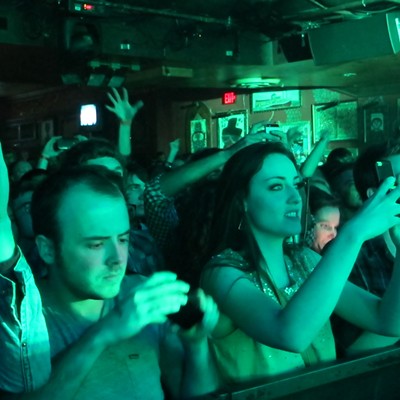 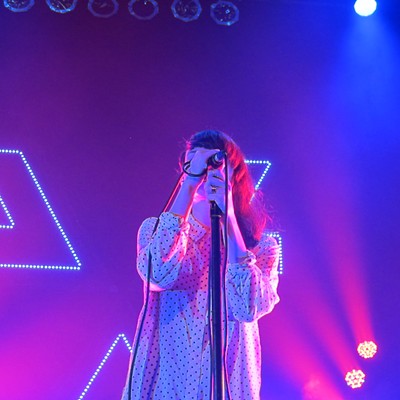 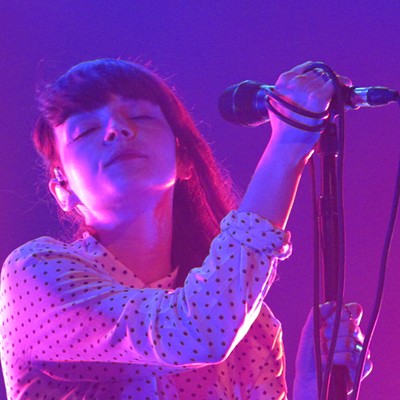 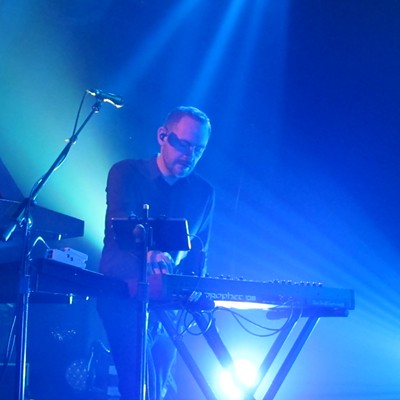 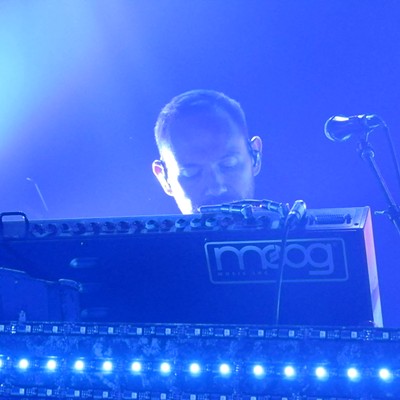 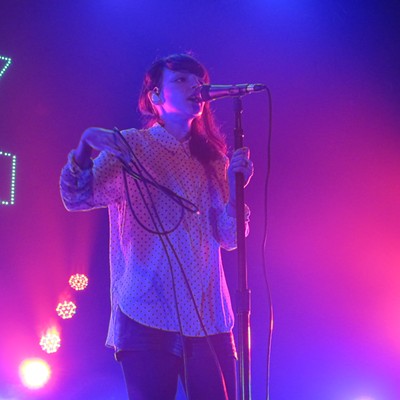 
Positioned center stage between Cook and Doherty, both of whom hovered over racks of synths and keyboards, the diminutive Mayberry didn’t move much during the 13-song set, but she didn’t have to. Backed by a blinding light show that made the stage look like something from the set of Tron, Mayberry simply focused on her singing. Even with layers of synthesizers creating huge swathes of sound (think Depeche Mode or New Order), she could be heard clearly above the din. Her lilting voice resonated during songs like “Lie” and “Gun,” the latter of which featured a beautiful mid-song a cappella segment. Deep bass riffs distinguished “Tether” and the band really soared on the set-closing “The Mother We Share.” Without a live drummer, songs such as “Science/Visions” and "Recover" suffered a bit, especially since they relied so heavily on canned percussion sounds.

Between songs, Mayberry regularly conversed with patrons and discussed the band’s visit to the Rock and Roll Hall of Fame and Museum earlier that day. She was clearly in a good mood, and the audience responded favorably. The appreciative crowd beckoned the band back on stage for a two-song encore that concluded with “By the Throat,” a song whose dark lyrics were shrouded by shimmering synthesizers.