October 01, 2014 at 10:29 AM
comment
Some musicians elevate their live shows into performance art. Think David Bowie. Think David Byrne. Think Laurie Anderson. You can add St. Vincent to that list. During a sold-out show last night at House of Blues, the singer-guitarist put on an artful display. Not that the show was overly staged. Playing to the accompaniment of blinding strobes and flickering LED lights, St. Vincent regularly slipped into choreographed dance routines and occasionally dramatically collapsed to the stage floor, all the while unleashing one fierce guitar riff after another. Even her banter with the audience came off as spoken word rather than just casual conversation as she revealed what she described as a series of “hunches.” 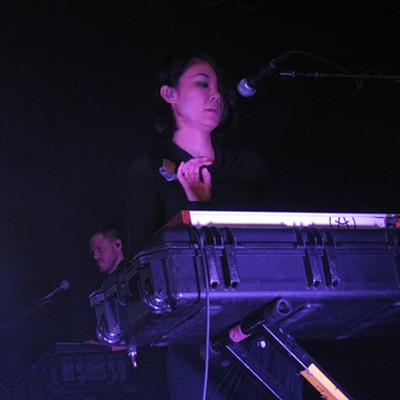 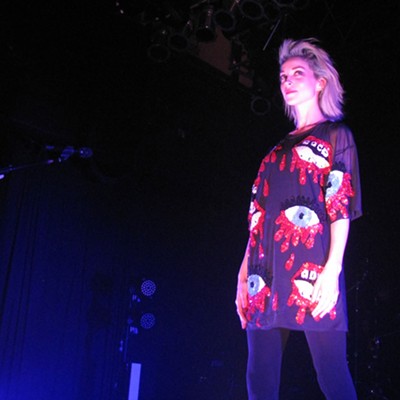 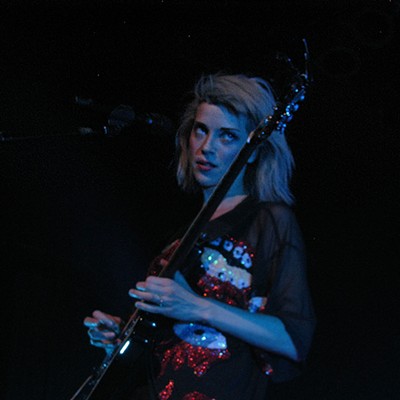 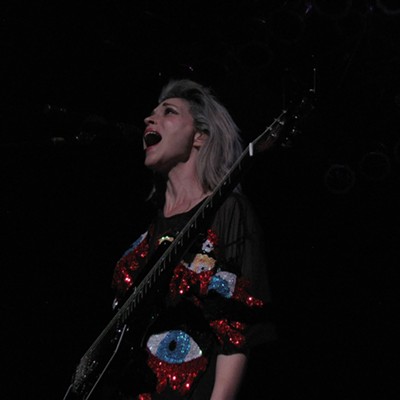 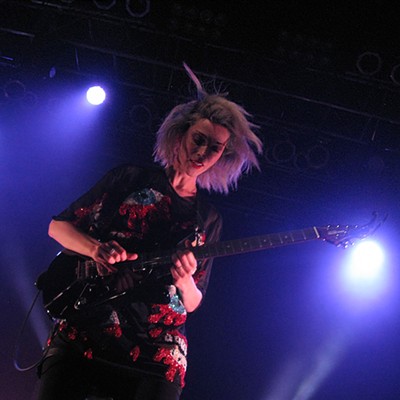 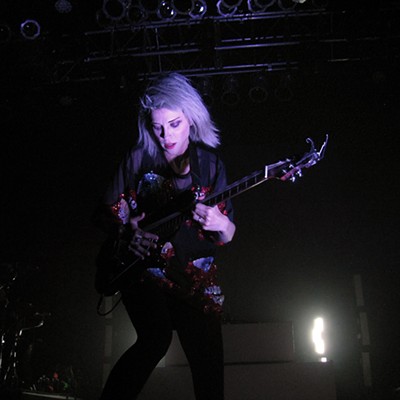 
Wearing a tight-fitting black dress that was adorned with a few flashy sequins, St. Vincent looked like more like someone you’d see at a New York art gallery than at a rock 'n' roll show. As her three-piece backing band launched into “Rattlesnake,” one of several great tunes on her new self-titled album, she broke into a robotic dance that made her look a bit like Pris, the rag doll replicant played by Daryl Hannah in Blade Runner. Mid-song, she strapped on a guitar and started to jam, something she’d do throughout the night.

A terrific guitarist, St. Vincent brought a bit of funk to the herky jerky “Cruel” and showed off her ability to capably play guitar while walking backwards on the poppy “Birth in Reverse.” On “Huey Newton,” a track that began with a hip-hop beat but then built slowly into a garage rock jam, she evoked the White Stripes on the song’s gritty bridge. For the two-song encore, she emerged triumphant atop a cube-like riser to sing “Strange Mercy” without the accompaniment of her band and then brought the musicians back on stage for the Goth-like “Your Lips are Red,” a song she turned into an epic jam as she put an exclamation mark on a terrific 90-minute, 17-song performance.