When R&B singer Usher initially announced his UR Experience Tour, his first major tour in three years, he issued a press release documenting the incredible success he’s had during his 20-year career. He’s sold some 50 million albums and won eight Grammys. He’s had something like 15 Top 10 hits. But we all know that the pop music world is more about what you’ve done lately than what you’ve accomplished in the past. And Usher hasn’t been particularly active, even though he has a new album in the works and is currently pushing a new single/music video. So that might explain why Quicken Loans Arena was only half full last night for the superstar’s concert. And yet, Usher didn’t disappoint. While the show’s pacing was a bit off — it’s early in the tour so the kinks haven’t all been worked out — Usher played with plenty of vigor and had worked up a sweat just a few minutes into the set. He was clearly enthused to be playing Cleveland, which he referred to as his “second home.” 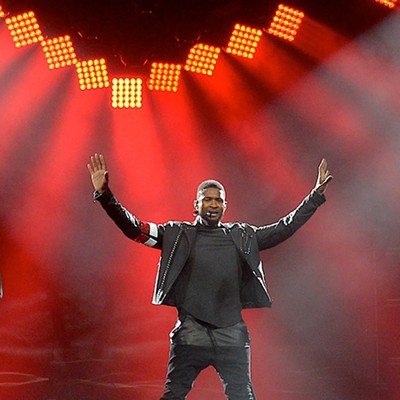 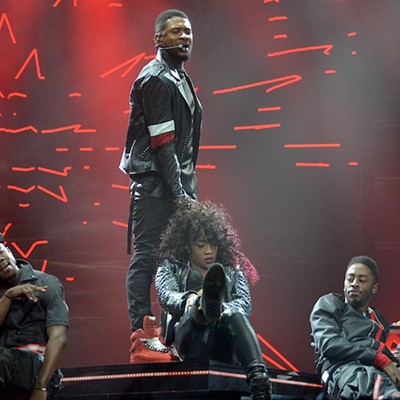 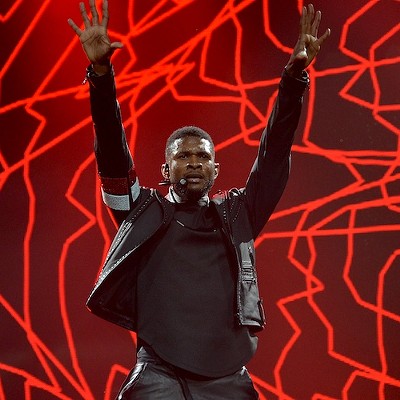 
After playing a short video recap of his career, Usher made a grand entrance as a giant, metallic scrim lifted and he adroitly danced his way to the front of the stage. The enormous multi-tiered stage looked like the nose of a giant boat had docked at one end of the arena. Usher made the most of the stage too as he and his crew of athletic dancers shook their stuff vigorously for the first half of the nearly two-hour show. And at one point, he even invited a few women from the audience to come on stage and dance with him — it was a generous gesture that did much to endear him to the audience.

The show hit a lull in the middle as Usher let his DJ spin a slew of his hits and half-sung along to them. Given that he had such a terrific live band in tow, it was a bit misguided. A stripped down segment didn’t fare too well either. But by the concert’s end, Usher was back on his game as he delivered hits such as “U Don’t Have to Call,” “DJ Got Us Fallin’ in Love” and “Yeah,” playing up the dance elements of the tunes and encouraging the audience to let loose. Usher took so long to return for the encore that many patrons had already left the venue. But the anthemic “Without You” was worth the wait and allows him to display his pop chops. It brought the concert to a fitting close as he offered it up as a sincere thank you to his loyal fans.