November 10, 2014 at 1:00 PM
comment
Under normal conditions, the parking garages on Euclid Avenue across the street from the House of Blues cost no more than ten dollars for a stay lasting longer than one hour — even during most events. Last night, the price to park doubled to $20 — meaning that there must be a huge deal of an artist blowing through the town. The artist in this case, Def Jam/CTE rapper Jeezy and his "Seen It All" tour. An enthusiastic crowd filed into the venue as one of Cleveland's hottest deejays, Steph Floss warmed up the crowd with a bevy of club hits through curtains that were halfway closed.

As showtime neared, there was hardly any wiggle room. especially near the front barricades. A fan held a snowman-shaped sign that read "Give Stef A Shoutout, That's Me OK?"

Eventually, guitar riffs from Seen It All's opening track, "1/4 Block" blared out and the curtain was raised revealing an elaborate lighting system and three towering LED video screens. With the audience in a frenzy, Jeezy performed two more tracks from his latest album, "Black Eskimo" and "Me OK." There was a minor disturbance in the crowd, but it appeared as if Jeezy waved the security off and proclaimed the theme of the night to be "Seen It All" and that this show was a celebration of his day one fans. "Holy Ghost" had the crowd raising their cups to the sky in the excitement of the moment.

The majority of the music from the night came from past Jeezy albums such as Let's Get It: Thug Motivation 101, The Inspiration, The Recession and TM 103: Hustlerz Ambition.

Slideshow 20 Photos of Jeezy Performing at House of Blues 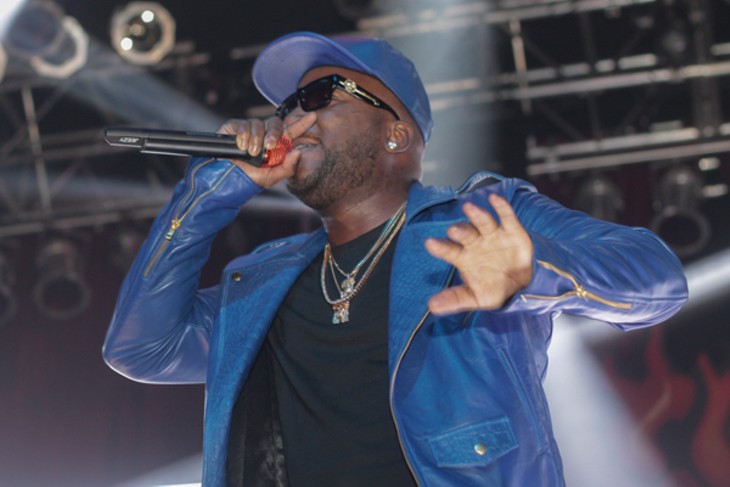 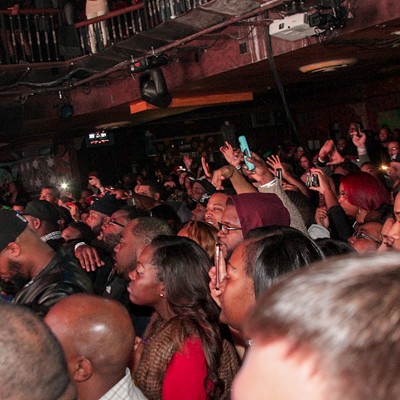 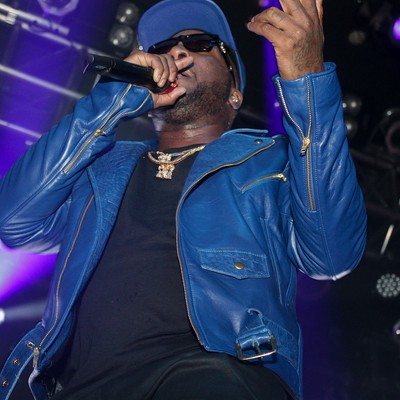 
The strobes flickered at a rapid-fire pace as Jeezy bounced from side to side of the stage — posturing and leading the audience in a call & response. Songs like "Go Crazy," "Trap Or Die," "Bottom Of The Map," "My Hood," "And Then What" and even the Boyz n da Hood hit, "Dem Boyz" was no match for the crowd who rapped along with every word. At the end of the day, even the most hardened and misunderstood street thug needs a woman by his side and that's where songs like "Leave You Alone," All We Do" and "Tear It Up" come into the picture. The ladies in attendance were appreciative and as result, the gentlemen were as well.

While taking the time to speak to the sold out venue, Jeezy offered a few words for thought: "If your dreams don't scare you, then you ain't dreaming big enough."

The lights were cut down and Jeezy requested cellphones and lighters in the sky before "Soul Survivor" kicked off another medley of songs that included popular tunes like "Put On" and "Lose My Mind" along with "Who Dat" and "I Luv It."

The show was stopped to address the people up in the balconies that were sitting down. "This ain't no fuckin' Prince concert," Jeezy yelled. "You must think this is date night or some shit, " he added. Declaring it to be a gangster party until those people stood up, he performed some of his guest verses from songs like the "Dey Know" remix, D4L's "Geeked Up" and YG's "My N****" along with a few cuts of his own in "RIP" and "I Do."

A "welcome home" to LeBron James was well received, as one would expect. The show made its final turn into the home stretch with more material from Seen It All, including "Been Getting Money," Beez Like," "4 Zones" and the title track, "Seen It All." The crowd began a "Jeezy" chant and they were rewarded with a brief encore of two songs in "Air Forces" and "Standing Ovation."

By the end of the show, over thirty songs had been performed in some shape or form. Many of them were only one verse or a hook, but it was always the most memorable portion of said song. At times it seemed as if Jeezy relied a bit too much on the backing track, often letting it play and then uttering a few bars here and there on the microphone. However, towards the end of many of the night's songs, the track would be cut and Jeezy would deliver the last four or six bars a cappella in unison with the crowd. There was no shortage of energy during the show and with so much material packed into one evening, Jeezy's fans can now say they've seen it all as well.