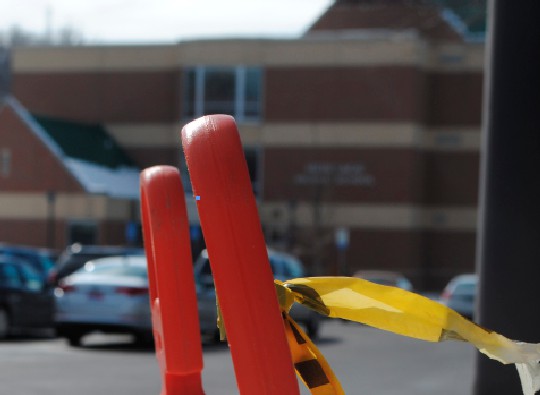 A Cleveland group will protest the police killings of Tanesha Anderson and 12-year-old Tamir Rice in a demonstration on Public Square Monday at 3 p.m.

Anderson was the 37-year-old schizophrenic woman who died after police attempted to transport her from her home on Ansel Road to their car Nov. 13.

The police's and Anderon's family's versions of events vary considerably. Anderson's brother and daughter both say they witnessed police use a violent "takedown move," shoving Anderson facefirst into the pavement after she grew nervous in the backseat of the police cruiser.

Cory Shaffer at the NEOMG reports that Cleveland Police will not say whether or not the officers involved had received special training to deal with the mentally ill.

Tamir Rice was the 12-year-old boy who died Sunday after being shot in the abdomen when two officers responded to a call at the Cudell Recreation Center on the city's west side. Rice had been playing with a toy gun.

A 9-1-1 caller indicated that the gun in question, a BB gun with the orange safety cap removed, was "probably fake," but those doubts were never conveyed to responding officers.

“Today’s demonstration is part of growing outrage around police killings, part of a growing movement to stop mass incarceration, police terror and the criminalization of generations," said Carol Steiner, spokesperson for 'Puncture the Silence-Stop Mass Incarceration Cleveland,' the group hosting the protest.

"The police killings must stop now. To be silent is to be complicit. We do not intend to accept business as usual while people’s lives are being stolen,” Steiner said.