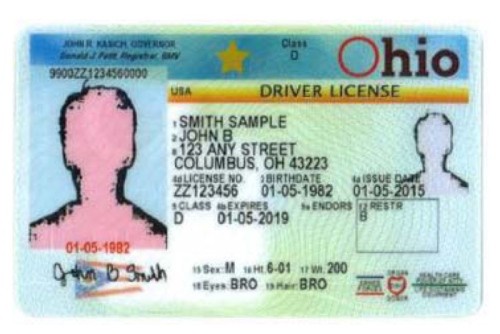 The Ohio Bureau of Motor Vehicles announced on Monday that Ohio driver's licenses will now sport a blueish-green hue, rather than its current and apparently contested salmon color.

“It’s going,” Gov. John Kasich said of the pink tone in 2011 after renewing his license and starting his first term as governor.

The color was originally instated on the American Association of Motor Vehicle Administration's recommendation that it was difficult for forgers to reproduce.

If you're in a hurry to ditch the pink, folks can stop by their local BMV office and shell out the $25.75 required for a new driver’s license or $8.50 for the state ID. If you weren't remotely bothered by the original color, you can wait until your current license expires.