Reports Have Car Traveling at 80 mph Before Crash 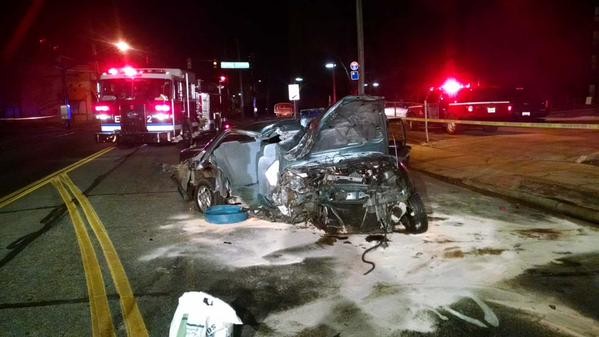 John Vitanza, a Cleveland man who was reported missing and last seen on Sept. 28, died after crashing his car on Detroit Avenue in Lakewood last night. Initial news reports have police saying he was traveling at close to 80 mph. The initial call log entry notes "54 mph" as the car crosses Brockley Avenue, some nine blocks away from the crash scene.

The 41-year-old was first seen driving west on Detroit at 10:54 p.m. He ended up crashing into a telephone pole and several parking meters near Spring Garden Avenue (near St. James Church).

A Lakewood police supervisor advised the officer not to chase the speeding vehicle — after the officer flashed his lights to no avail. At the crash scene, Lakewood firefighters extricated Vitanza from the vehicle. He was later pronounced dead at MetroHealth Medical Center.

Information about Vitanza's missing persons case is not immediately available.


His father says in mid-November, Vitanza withdrew two large transactions from his bank totaling around $18,000. He says he is concerned because he believes Vitanza may be taken advantage of by an unidentified female.