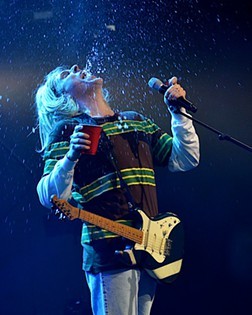 Slated to hit 100 cities throughout North America, Europe and Australia, “Weird Al” Yankovic’s tour in support of his latest album, last year’s Mandatory Fun, is set to come to Jacobs Pavilion at Nautica on May 30. Famous for parodies such as “Eat It,” “Like a Surgeon,” “Yoda,” “Smells Like Nirvana,” “Amish Paradise” and “White & Nerdy,” Yankovic holds the U.S. record for having the most tracks from one album on Spotify’s viral top 10 at one time. His live performances are wildly theatrical affairs. The Mandatory World Tour begins on May 12 with a five-night run at Planet Hollywood in Las Vegas. Starting at 10 a.m. on Tuesday, Jan. 27, special pre-sales will be held at weirdal.com. Tickets go on sale to the public at 10 a.m. on Friday, Jan. 30.