Jeff Beck to Play at Hard Rock Live in May 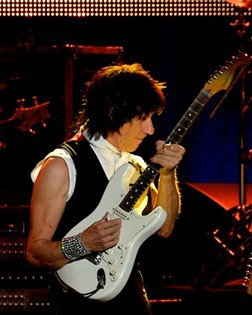 Guitar hero Jeff Beck has been inducted into the Rock and Roll Hall of Fame and Museum twice, once as a member of the Yardbirds in 1992 and once as a solo artist in 2009. Currently in the midst of recording a new studio album, he's out on tour to test out some of the material with his backing band that includes singer Jimmy Hall, bassist Rhonda Smith, drummer Jonathan Joseph and guitarist Nicolas Meier. He's slated to perform on Friday, May 15, at Hard Rock Live. Tickets go on sale at 10 a.m. on Friday.