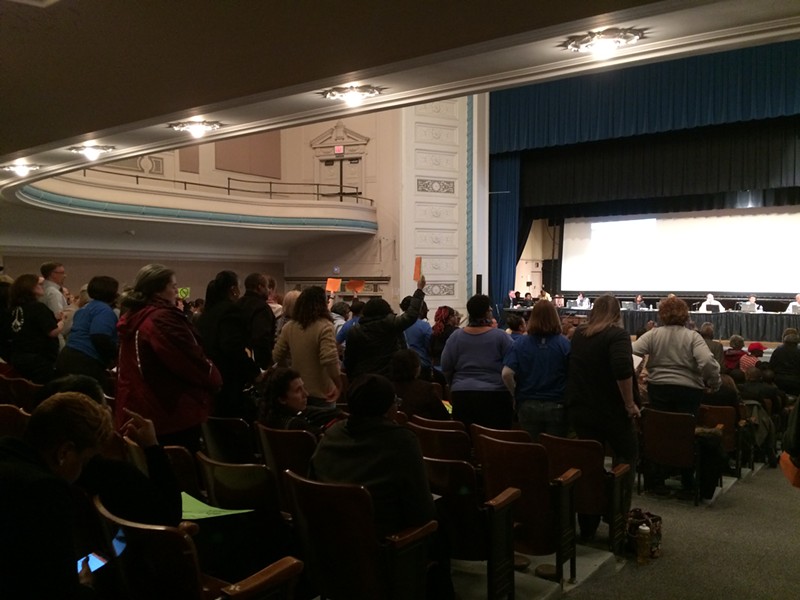 Next week, Cleveland schools’ Board of Education Chair Denise Link will swear in the 14 members of the newly reconfigured Bond Accountability Commission. The group is something of a watchdog, meant to oversee the district’s construction and demolition spending. After months of uncertainty, Link re-appointed six current BAC members and appointed eight new ones.

Amid the November 2014 election, in which voters approved $200 million in school construction and maintenance bonds, the board promised to reinstate funding for the BAC. The ensuing four months were not rosy, as the BAC was forced to compile an in-depth report on the district’s ongoing, interminable bout of new construction — all without the guarantee of pay past March.

The board did rectify that, though, and approved future payment — with noted caveats.

Unanimously, board members voted to tie funding to a weird set of tiered term limits (some members will serve two-year terms, others one-year terms). Until now and since the BAC’s early-2000s creation, members served indefinitely.

With Link and the board having a hand in appointing eight new members (a majority) and imposing term limits, the new BAC scenario dismantles the commission’s “watchdog” status totally. It’s also worth pointing out that Link didn’t mention any term limits in her 2014 campaign for the levy.

The BAC has repeatedly raised concerns about declining student enrollment (down from approximately 70,000 in 2002 to 37,000 today), yet the board has pressed on with an ambitious Issue 4 construction, rehab and demolition plan. We’re talking 22 new school buildings in four years and a spectrum of refurbishments across even more — and that’s just the current three-segment phase we’re in now. This plan has been under way for a decade or so.

Also notable is the opening line in the BAC’s March 21, 2015, report, in which the commission explains that the board missed out on $8.5 million in federal rebates through technology purchases. Ohio State Auditor David Yost has already intimated that his office will review that mishap and potentially audit the district, were the hint of fraud to waft across CMSD invoices.

The meeting to approve the new BAC will take place at 6:30 p.m. April 21 at Paul Dunbar Elementary School on the city’s westside.