This One Thing Could Solve Cleveland's Pothole Problem

But maybe our reactions are misplaced, or at least could use some outside consultation.

Take, for example, this anonymous pothole patrolman in the UK who is keeping city workers honest by painting dicks around particularly troublesome potholes in hopes of shaming them into action. 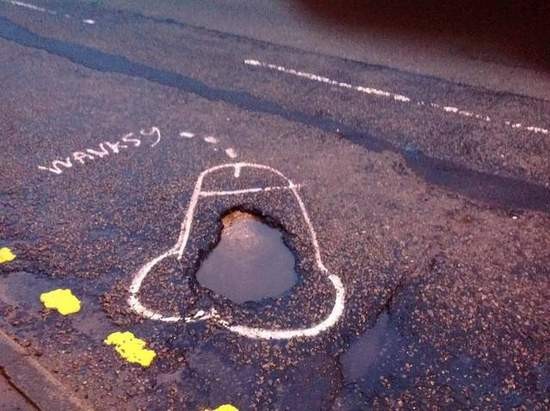 The artist, who goes by "Wanksy" and describes his mission as "taking direct action by using art to highlight the dangerous potholes that damage our vehicles and harm cyclists on a daily basis," is helping to facilitate the repairs of dozens of potholes across his city.