Dedicated in 1977 and languishing ever since, the African-American Cultural Garden has finally broken ground on the first phase of construction. In a ceremony Monday afternoon, Frank Jackson, city councilmen, the Association of African-American Cultural Gardens' president Carl Ewing and others thanked God and each other that their community's hopes and dreams are finally being realized.

The festive celebration occupied nearly the garden's full four-acre plot on MLK Drive, the same plot that Tri-C Professor Booker Tall secured back in 1977. (Back then, it was called the "Afro-American Cultural Garden," noted Jeff Johnson.)

City officials on the Afircan-American Cultural Gardens task force, commissioned by Jackson, announced that they'd secured $512,000 from corporate, non-profit and faith-based organizations to complete the first of what will be multiple phases. (Former Cleveland Mayor Michael White committed about $250,000 during his tenure for research and design costs, Jackson said.)

"I could expound for hours on end about the materials, about the design," Bickerstaff said to the gathered crowd, "but this is based on the resiliency of our people, of our heritage."

The design features "pavilions" which are meant to encourage visitors to reflect on African-Americans in the past, the present, and the future. Bickerstaff said that after six months of research and interviews with local residents, the theme of emergence recurred. The blue stone, which will contrast with the central black granite, is meant to evoke the Atlantic Ocean and the slave trade.

"From a slave pavilion in Ghana, when you saw the Atlantic, you'd see how  tranquil it was," Bickerstaff said, "but you'd also understand your harrowing journey ahead."

Frank Jackson expressed gratitude to Mayor Michael White and community advocates who have worked for 38 years to ensure the project came to fruition.

(Note: Every time Jackson was mentioned in remarks, and certainly when he approached the podium, the pianist onstage launched into the intro to Jackson 5's "ABC" — genius. Also, councilman Kevin Conwell was on the drum kit throughout the proceedings).

Councilman Jeff Johnson reminded the crowd that many contentious meetings transpired before the final concept was completed, and that residents must now make the African-American garden a priority in the community.

"We don't want this to be a museum item," he said. "We want it to be used. You've got to grab this, adopt it and protect it."

"There's a lot more work," said City of Cleveland COO Darnell Brown. "We want to make sure that this is just the start of the journey, and that we complete it." 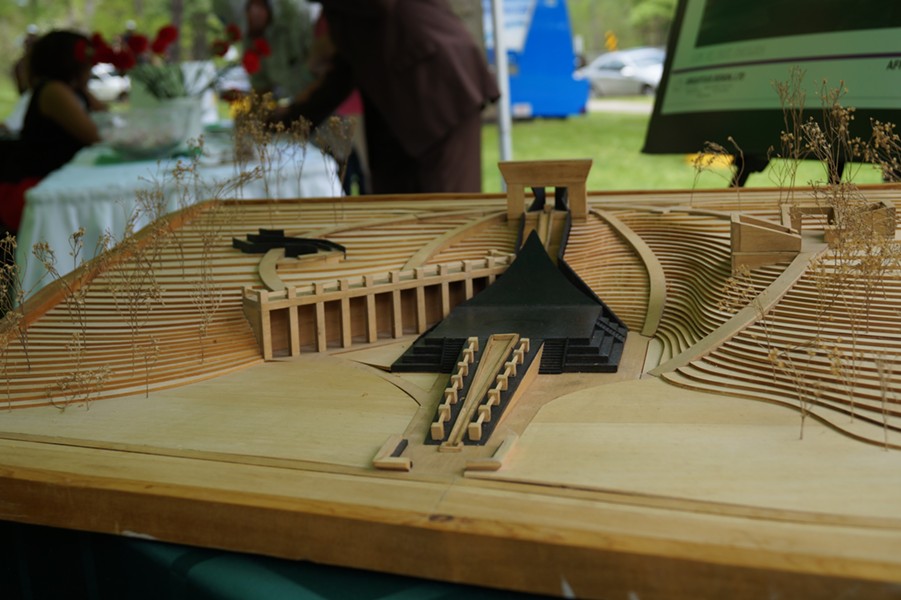 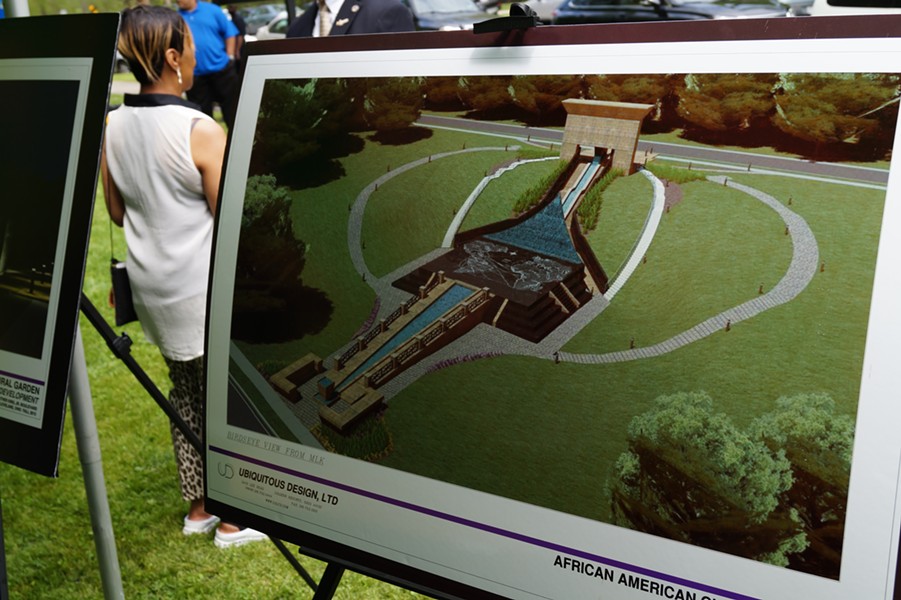