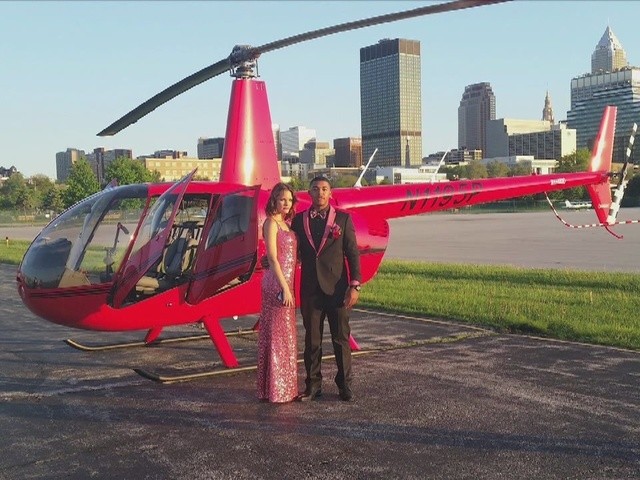 Remember that story last year about the Shaker Heights QB who attempted to make a grand prom entrance in a helicopter?

It had the town abuzzin' — about overindulgent prom rituals, about swaggy high school athletes, about Wade Oval Wednesdays — and has now yielded a piece of legislation, approved yesterday by City Council.

Helicopter pilots are now forbidden from landing within the city limits without a permit. Emergency medical and police choppers are not included.

Safety Director Michael McGrath can now charge a fee for takeoffs and landings, and can deny permits if he deems the landing unsafe for citizens. (He admitted that the Shaker prom incident was the motive and antecedent for the current law).

Brian Jones, trailblazer. The QB might've had an easier time this year. After all, the Shaker Heights prom was moved to the Shaker Heights Country Club — and fairways = prime landing pads — from the Convention Center downtown when school administrators feared unrest in the wake of the Michael Brelo acquittal.