June 03, 2015 at 9:13 AM
comment
Many transgender women in Cleveland probably dream about being a cover girl, but it would be hard to top the magazine cover that Caitlyn Jenner has just nabbed. Her image by famed celebrity photog Annie Leibovitz graces the July cover of Vanity Fair. And although the photo has been criticized by some as a “pedestrian celebrity pastiche” (LA Times), this is an important moment for trans people everywhere.

The pose in the photograph may be overly coy, but Ms. Jenner (formerly Bruce Jenner, the 1976 gold medal winner in the Olympic Decathalon) has conducted herself with confidence and courage since she began outing herself a couple weeks ago. It seems she will be a most worthy icon for the transgender community.

As a transwoman who transitioned from Richard to Christine publically (but not on the cover of Cleveland Magazine) in 1990, I have some small inkling of what Jenner is going through. There are the looks, the penetrating gazes, as people who knew you before try to suss out what has changed and what remains the same. Then there are the smiles, a bit forced, as friends and acquaintances try to adjust their internal gender GPS. You can almost hear the calm but ever-so-slightly pissed-off voice saying: “Recalculating.”

Of course, 25 years ago there was no transgender movement as there is now across the country, with TV shows and news programs featuring credible trans characters and actual trans people finding their true identities. In the 1990s (it now seems like 100 years ago), transgender wasn’t even a term, we were just “transsexual.” Whatever the term, the times were not all that welcoming for us.

Still, despite some obstacles, I was able to maintain my career for many years as Christine in the Cleveland advertising community, supported by caring and considerate people in and outside of that industry. For that, I am deeply grateful.

And now, things are changing even more. One sign is that my one-woman show about my transgender journey, Exact Change, will begin an eight-performance run at our city’s most lauded mainstream venue—Playhouse Square—beginning on June 11. 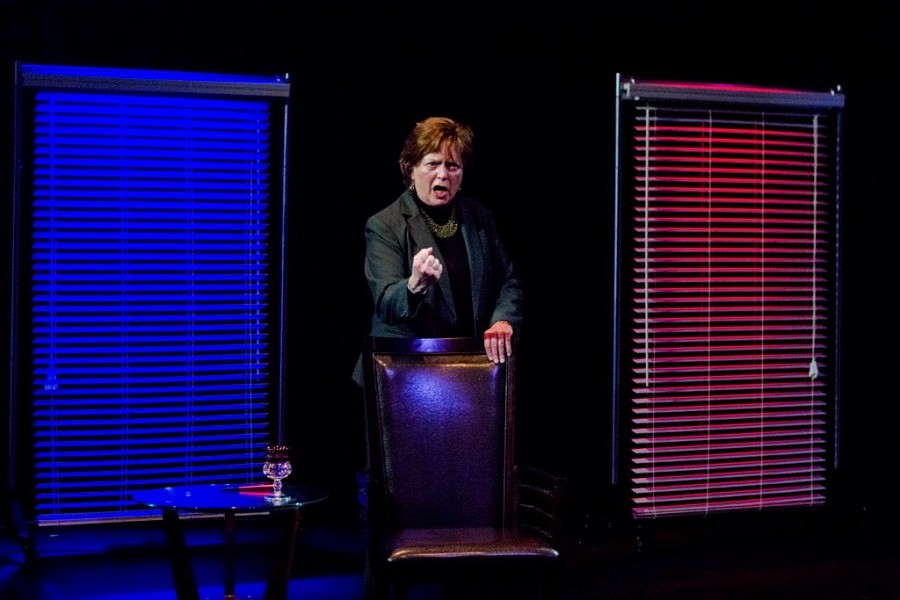 In the play, I take the audience on a journey that begins almost at my birth and extends past my transition. It’s funny and poignant, just like it happened, and it allows the audience to see and experience what it feels like to be consigned to the wrong gender. And then fight to correct that situation.

It is also a family story, since I was married for 19 years to Dinah and we had a child, Noelle, who is now all grown up. The impact that my gender confusion had on their lives is a key part of the play, and their reaction to it is a testament to the power of love.

Actually, in one form or another, this is a journey all of us are on: Determining who we really are and how we should move through the world. In that way, Exact Change is about all of us.

The play has certainly been a journey for me, one that I could never have taken without the incredible support, guidance and perception of the director, Scott Plate. He has worked side-by-side with me on the script, and we have made substantial revisions since the play had its world premiere at Cleveland Public Theatre in January 2014.

Now, we have a more pointed focus, new costumes, new background music and a fresh new take on a play that, thankfully, has been very well received. And it certainly is an honor to be performing it at Playhouse Square, one of the leading theatrical venues in the nation.

A quarter-century ago when I transitioned, it would have been hard to imagine my play progressing like this. And back then, it also would have been almost impossible to imagine a former male decathlete now gracing to cover of a high-profile magazine as a cover girl.

Indeed, it seems everyone is “transitioning” on the trans issue, most in a very positive way. And that’s the best news of all.