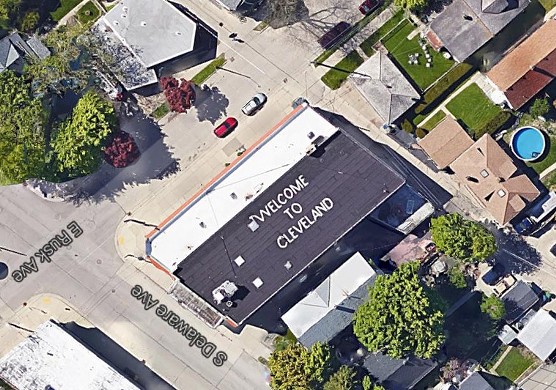 Mark Gubin painted “Welcome to Cleveland” in six-foot lettering on his rooftop, located next to General Mitchell International Airport in Milwaukee. His massive prank aims to scare airplane passengers who might see the message and fear they’ve accidentally boarded the wrong flight.

The giant white lettering first appeared on Gubin’s roof in 1978, but the sign recently went viral after being posted on Reddit last week. Located over 400 miles from Cleveland, this strange proclamation has created an uneasy feeling for many passengers over the years.

In 2005, Gubin told the Milwaukee Sentinel, “There’s not a real purpose for having this here except the madness which I tend to be pretty good at.”