The Northern Lights Were Visible From Northeast Ohio Last Night 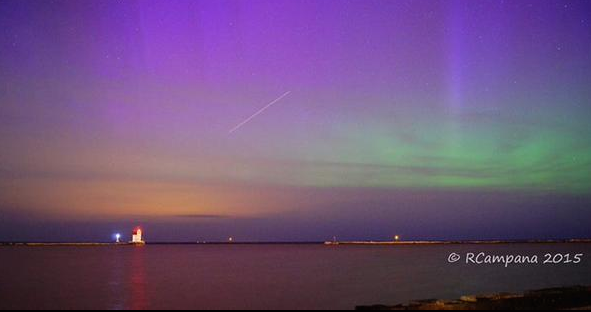 Last night's crazy storm not only produced some truly awesome thunder (did anyone else wake up all frantically to that one huge crash around like 5 a.m.?), it also brought the famed aurora borealis to points relatively south. Like Lorain.

Robert Campana captured some great shots of the lights over Lake Erie.

Some reports had the atmospheric phenomenon appearing overheard as far south as Georgia.

Did you happen to see the Lights?