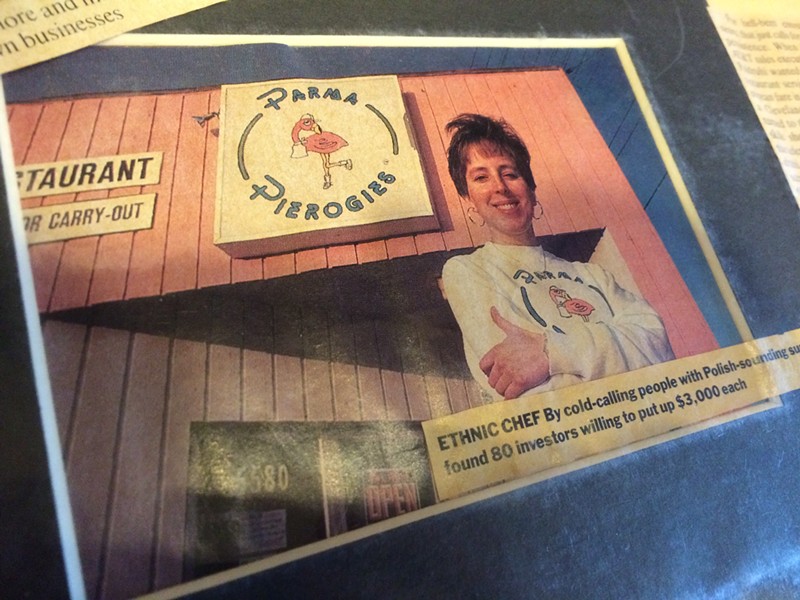 A true staple of Cleveland nostalgia these days, Parma Pierogies remains an idea that seems always to be growing. Founder Mary Poldruhi is seeking investors for the company’s revival and the ultimate return to pierogi heaven.

The original iteration of her company was a beloved Northeast Ohio institution throughout the 1990s — remember the iconic flamingo? — and she began distributing her meals in grocery stores throughout the region.

Back then, she cold-called 600 people in the white pages who had a Polish-sounding last name. She picked up 80 investors in no time, logging $3,000 per. The business was off and running.

From there, Parma Pierogies became “media darlings,” as Poldruhi describes it. Her company appeared in culinary and human-interest nationals; President Bill Clinton enjoyed lunch there twice on trips to Cleveland.

The business in 2000 closed under pressure from Mrs. T’s, the frozen-food-aisle pierogi outfit.

Nowadays, she wants to revive the company and inject an altruistic spirit. She uses the term “philanthropreneur” to describe her approach. Think about Newman’s Own brand, which shuffles 100 percent of its proceeds toward charitable causes. Poldruhi wants to take Parma Pierogies 2.0 and use two-thirds of the profits to benefit victims of child abuse. Providence House is the primary beneficiary in mind for now.

Poldruhi and her revival took fifth place in the Council of Small Enterprises pitch competition in October 2011, signalling the forward-thinking seeds of a good idea and the sort of support she needs.

“I’ve got to do this; I’ve got to try to bring this back,” she says. She’s seeking partners at parmapierogies.com.