July 01, 2015 at 10:09 AM
5 comments
First grader Zea Bowling is making headlines after a powerful confrontation between the seven-year-old and a homophobic preacher was caught on camera at a Columbus-area festival over the weekend.

Miss Bowling was attending ComFest, an annual community festival that had turned into a spontaneous celebration of Friday's historic Supreme Court ruling, with her family when she was met by a vocal anti-gay activist. What happened next? Well, watch below.


What's most impressive is that "Zea didn't just flash the flag at that hatemonger, and bail," her father wrote on Facebook afterwards. "They went toe to toe, for several minutes, while he bellowed all of his fire and brimstone right in her face. She told me afterward that she did feel scared. The one thing the people of ‪#‎comfest2015‬ never let her feel though? Alone."

Photographer Mara Gruber also snapped a pic, and posted it to social media: 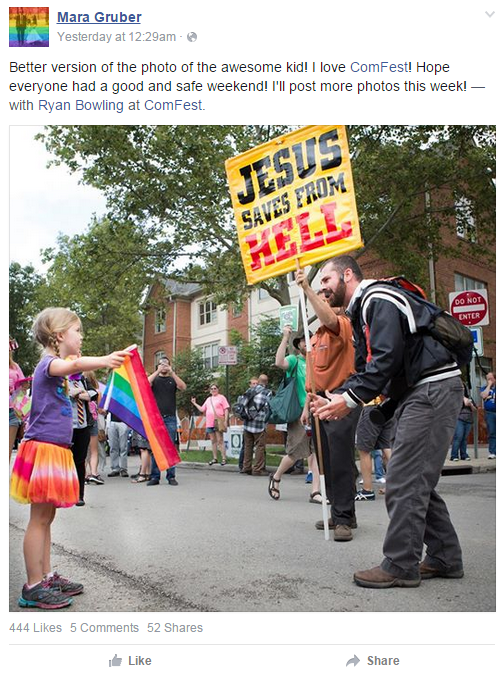