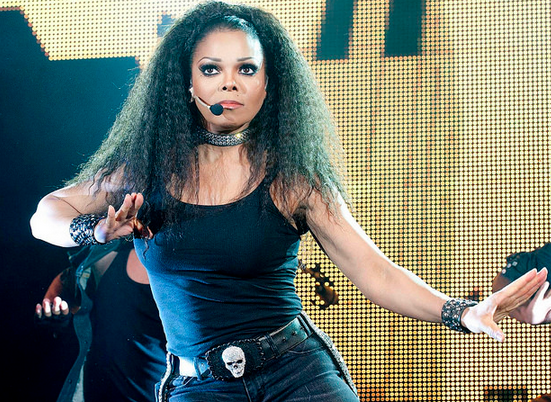 Fans with tickets to the Janet Jackson show originally scheduled for Feb. 1 this year, and then rescheduled for August 28 this year, will have to keep waiting. Jackson announced on Twitter this morning that the second leg of her concert tour is being postponed. The reason?

"My husband and I are planning our family, so I'm going to have to delay the tour."

No makeup date has been announced yet. Sounds like this could make its way into 2017.

(Updated 1/16/16): Janet Jackson announced yesterday a host of rescheduled dates for her tour that was sidelined by a medical issue. The original Cleveland tour date — Feb 2 — was canceled along with a slate of other shows.

The new date for Clevo town? August 28, which happens to be the very last date on her tour as it stands right now.

Here's the note she passed along to fans on her site:

“Hey you guys, I'm happy to let you know all the shows have been rescheduled. I can't wait to see you! Xoxo janetjackson.com/tour”

All tickets for the original date will be honored for the new date, so if you held on to your original tickets you are good to go for this new show."

Apparently, 39 shows just isn't enough for this lady’s die hard fans. By popular demand, the singer/dancer/diva will be making stops around the continent for an additional twenty-seven more shows just two months after her first leg ends. She's bringing the excitement to Cleveland on February 2, 2016 to Quicken Loans Area, and also to Columbus on February 1, 2016 at the Schottenstein Center.

Tickets to Unbreakable will be on sale starting Monday, July 20, at 10 a.m. Although, if Clevelanders happen to be American Express Card members, they can purchase tickets a few hours early, on July 19, at 10 p.m. on Livenation.com. If that doesn’t seem early enough to snag seats, fans can pre-order the album, Unbreakable on JanetJackson.com and be eligible for pre-sale access to the best seats in your venue, and receive an instant download of the singer’s newest single, "No Sleeep."