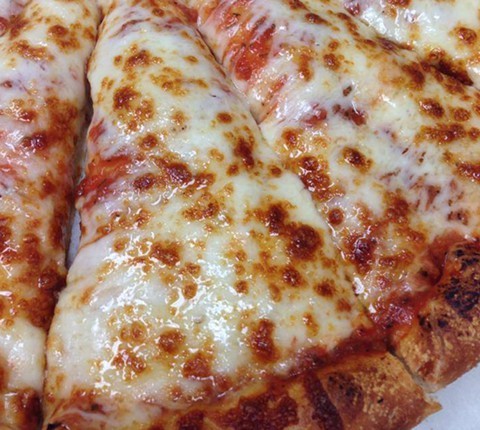 Every town has that one pizza parlor that locals say is the best in the world, but here in Cleveland we can back up our claim with evidence.

Michael P. LaMarca of Master Pizza won first prize in the Slice of Americana pizza competition on July 4. LaMarca has been competing for six years and has taken home three national awards for "Best Pizza in the Country," and placed in second once.

The award-winning Orange Crush Pizza was made with a base of orange zest oil, topped with parmesan, asiago, mozzarella and provolone cheeses, as well as honey-cured bacon, dried cranberries, arugula, sliced oranges and tomatoes, candied pecans and fried orange peels.

The first-place prize is a chance to participate with the U.S. Pizza Team in the World Pizza Championships in May 2016. The international competition brings together pizza makers from 30 different countries.