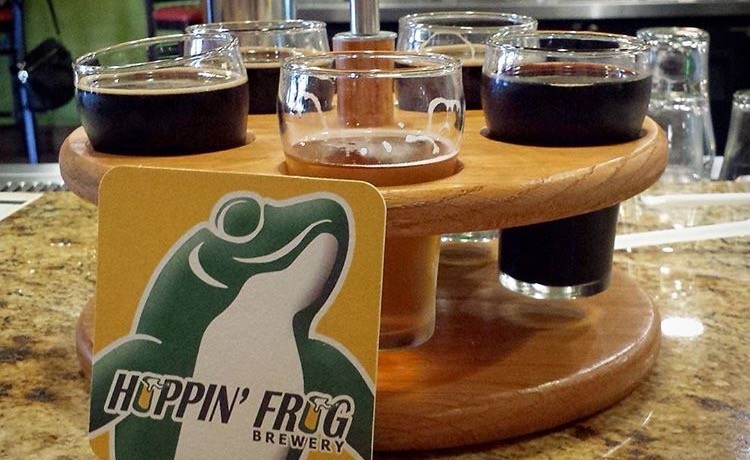 It's no secret that Northeast Ohio is a beer mecca with the iconic Great Lakes Brewing Company, Fat Head's Brewery & Saloon, Market Garden Brewery, Nano Brew, and many more who call this region home.

Recently, Thrillist decided to embark on the ambitious quest of naming the best craft breweries in every state. Their Ohio pick? Hoppin’ Frog Brewery in Akron.

Launched in 2013 by brewmaster and owner Fred Karm, this joint just south of the city, concocts high quality beers that are rich in flavor and contain more than a few brewing secrets. Take their whiskey barrel aged oatmeal stout, for instance; they don't even tell the public how long the brew is aged.

Thirllist isn’t the first to give Hoppin’ Frog an honorable mention, as the company takes pride in being named among the top best brewers in the world by Rate Beer several years in a row, aside from an array of numerous awards.

If you ever decide to take the drive to Akron, stop by the spot’s Tasting Room at 1680 East Waterloo Rd., where they highlight all the yearround, seasonal, specialty, and vintage specialty brews and feature guest taps from other renowned breweries. Check out all the happenings and menu here.